Three musicians whose new albums were launched at the recent Wellington Jazz Festival have combined to promote their own music in Europe while championing the current strengths of the New Zealand jazz scene.

Pianist Ben Wilcock, who releases The River Tethys on August 13th, and saxophonists Jasmine Lovell-Smith and Jake Baxendale, whose Sanctuary follows on August 20th, have already received praise for their new recordings in the birthplace of Count Basie, Kansas City, Missouri. Radio presenter Joe Dimino, of KC’s Neon Jazz, interviewed Wilcock and Baxendale at length after being impressed by Wilcock’s sci-fi inspired album and Baxendale & Lovell-Smith’s debut as co-leaders of an eleven-piece ensemble.

“It was great to receive an endorsement of our music from somewhere with such strong historical links to jazz,” says Baxendale, whose other group, The Jac won the Best Jazz Artist title at this year’s Aotearoa [New Zealand] Music Awards. “It’s always good to win awards at home but to be recognised internationally is a particular boost and lets us see that we are creating music that can travel.” 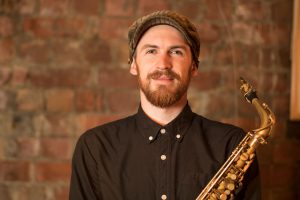 New Zealand has produced a number of well-regarded jazz musicians in the past, among them pianists Mike Nock, Dave MacRae and Alan Broadbent. Mike Nock, who has recorded for ECM Records, lived and worked in New York for many years. Dave MacRae toured with Buddy Rich before becoming established on the European scene with Ian Carr’s Nucleus, and Alan Broadbent is now a Grammy-winning arranger and composer. Jasmine Lovell-Smith herself studied and played with saxophone master Anthony Braxton while living in the U.S. a few years ago 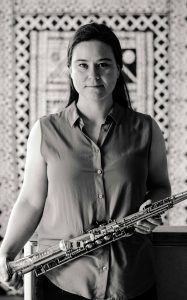 “Having such examples definitely helps in giving musicians something to strive for,” says Baxendale, whose own CV includes two years in Germany where he played with the Berlin Big Band and composition studies with trumpeter Dave Douglas in New York. “It’s also significant that musicians like Ben and Jasmine have worked abroad – Ben in London; Jasmine in Mexico as well as New York and Connecticut – and brought the experience they’ve gained back to New Zealand to share with the next generation of players they’ve taught at the New Zealand School of Music.”

Wilcock, Baxendale and Lovell-Smith, whose compositions and arrangements on Sanctuary have been likened by reviewers to Vince Mendoza and Maria Schneider’s work, are keen to highlight other recent releases from New Zealand that are making waves at home and are deserving of international attention.

Saxophonist Lucien Johnson’s Wax///Wane earned him the Best Jazz Composer title at the APRA AMCOS Awards 2021. Cory Champion, who played drums on Johnson’s album, has a recording with his own group, Clear Path Ensemble, and pianist Jonathan Crayford’s Dark Light and saxophonist Nathan Haines’ The Poet’s Embrace are others to look out for.

“We’d all love to be touring our music to Europe or welcoming visitors to Wellington Jazz Festival next year,” says Baxendale. “It’s uncertain if that’s going to be possible but if people can make it to New Zealand, they’ll hear a lot of really good homegrown jazz.”