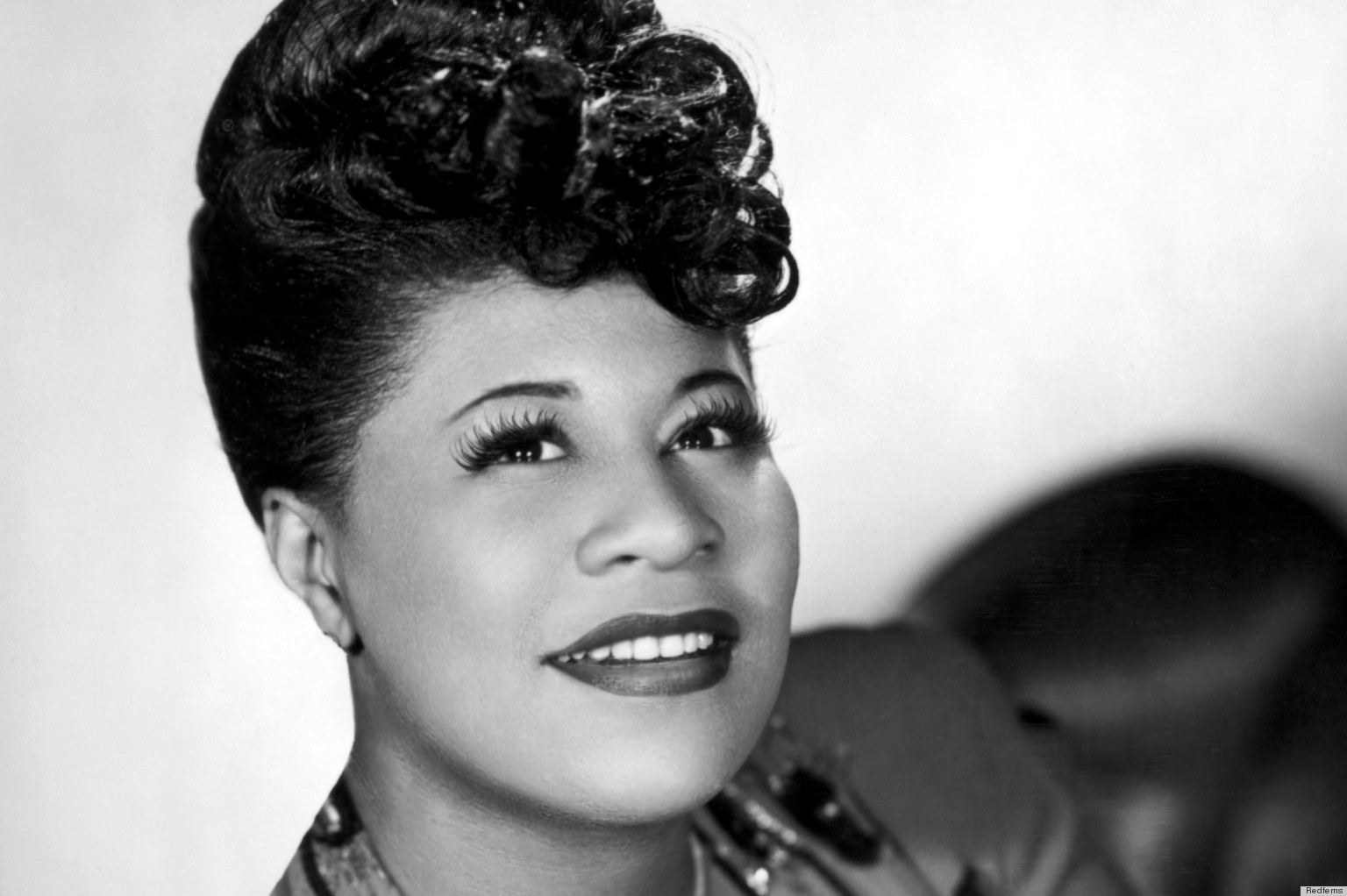 Happy 100th Birthday – The Jazz at Lincoln Center Orchestra with Wynton Marsalis, Roberta Gambarini, and Kenny Washington celebrate Ella Fitzgerald on April 27–29 in Rose Theater. Jazz at Lincoln Center has honored the “First Lady of Song” in a variety of programs over the years, and this special centennial celebration will be particularly memorable. In this concert, you will witness how her most identifiable traits and her complete devotion to originality and authenticity inspire the best musicians of our time.

Recently dubbed “the Superman of the Bay Area jazz scene” by the San Francisco Chronicle, the great singer Kenny Washington brings his class and charisma to the Rose Theater. “I’m working about eight tunes, three of them being a duet with Roberta Gambarini. I’ve worked with the Jazz at Lincoln Center Orchestra a few years back on Wynton’s Blood On The Fields. The Orchestra is just a sweet bunch of guys. They were down to Earth, very talented, very supportive. They were there for us, just to help us with whatever we needed,” explains Washington.

“Ella’s my #1 vocalist! I have three main favorites: Ella, Sarah Vaughan, and Mel Tormé. Ella had great talent. It’s hard to put into words; her talent is on a different plane, her personality was beautiful. She started very young and just had a way of singing a song that made you listen to the lyrics.”

When asked about the Ella Fitzgerald celebration, he honestly adds, “I have no idea of what to expect. In a musical performance situation or in anything, it’s hard to say what to expect. Just prepare yourself before you get there and hope for the best. It happens right at the downbeat and not before.”

Sharing the stage with Washington is the eloquent singer Roberta Gambarini. ”I feel excited, honored, and humbled,” she says. “The first record I ever listened to in my life was Ella Fitzgerald Sings the Duke Ellington Songbook. It was in my parents’ record collection, and I remember it was the first record I fell in love with. Music!”

Born and raised in Turin, Italy, and living in New York City for the past decade or so, Gambarini notes, “Jazz music was in my household because my parents are big jazz fans. They used to take me to hear jazz concerts when I was little, whenever it was possible. It was natural for me. But I really latched on to Louis Armstrong and Ella Fitzgerald, the two first voices that I fell in love with.”

Gambarini moved to the United States in 1998 and eventually made New York City her home. The Grammy Award nominee worked with Benny Carter, James Moody, Hank Jones, and many more, and she joined the Dizzy Gillespie All-Star Band. She also worked with the Jazz at Lincoln Center Orchestra with Wynton Marsalis. “I worked with the JLCO at an NEA Jazz Masters ceremony. I had the pleasure of honoring both Abbey Lincoln and Hank Jones. I sang a tune of Hank Jones’ that was arranged by one of the fantastic arrangers of the Orchestra. The big band played it, and it was a great experience to work with the great Wynton Marsalis. It was fantastic!”

From her experiences with Hank Jones to Roy Hargrove, Gambarini has played with many musical formations. “I like them both – small groups and big bands. To tell you the truth, there’s a special thrill in singing with a large ensemble, with a big band. You’re more of a part of the music, especially if you have a great book of arrangements.  It’s a different feeling, but it’s a very special one to be playing with such a large group of instrumentalists.”

Ms. Gambarini reminisced about her earliest contact with music: “I first listened to Ella as a child. There is a quality of sound that is universal – that can and will be picked up by any human being at any age, but especially for children. Children really pick up on Ella’s sound because it’s unaffected, it’s direct, it’s real, it’s a lot of the way children think. It’s simplicity and purity of heart. Also, what’s important is Ella’s rhythm feel. The feeling of rhythm that she had… she was a dancer too, in her youth, when she could dance…and you could really hear it in her singing…this incredible time field, this incredible pocket.”

I asked Gambarini the same question I asked Kenny Washington: “How do you prepare? What should the audience expect?”

“You prepare all your life. From the beginning, when you’re preparing, first of all by listening and understanding the culture and the origin of this music. For somebody not born in the U.S., it’s a journey. A lot of things I didn’t understand about this music, the essence of this music spiritually, until I came to this country and got in touch with some of the greats who created this music, like James Moody and Hank Jones. A lot of it is spiritual and it has a lot to do with the humanity and the people who created this music and the culture that it comes from.

“To prepare, I try to absorb as much as possible to understand and feel what I can. Like I said, not being born in this culture, I listen respectfully. It’s through respect that you love all and respect the culture and you learn.”

Join the Jazz at Lincoln Center Orchestra with Wynton Marsalis and guest vocalists Kenny Washington and Roberta Gambarini next month for a lesson in the greatness of Ella Fitzgerald. Ella’s centennial celebration takes place on April 27–29 in Rose Theater. There will be a free pre-concert discussion each night at 7pm.

This article appears in the Playbill program guide for the concert. Visit playbillarts.com

(Live at Chautauqua -Volume 2 is the second half of this sold out concert and features Tee Carson and his trio consisting of Keter Betts on bass and Joe Harris on drums. With these previously unreleased recordings we are blessed to hear her again in great voice while handling a fine set of standards and new material.)