Yesterday I happened to be speaking with a colleague who is quite familiar with the current Polish jazz scene. I mentioned the article below, first published here some 7 years ago. The article written by Wojciech Oleksiak & Cezary Lerski has proved popular notching up over 120,000 views. With This in mind we have decided to republish the article. Enjoy.

The prolific history of Polish Jazz may seem inaccessible for foreigners: so many characters, so many musicians and various streams of jazz music. If you want to get started on Polish jazz and discover the story of Komeda, Stanko or Seifert, try out Culture.pl’s Foreigners Guide to Polish Jazz.

Polish Jazz is approaching its 100th anniversary. What makes the history of Polish Jazz so unique is its role in the quest for democracy and political freedom during the communist period and its being deeply rooted in Polish traditional culture. In the 20th century, jazz was in the avant-garde of democratic processes in Poland and was strongly linked with all genres of art that struggled for artistic independence. The difficult circumstances of the communist period and the need to redefine its position after the political transformation left no space for stagnation.

Immediately after World War I, the New American Music – jazz – began its European expansion, sweeping the continent from west to east, and from north to south. In 1923, the first Polish jazz band was founded; it was called The Karasiński & Kataszek Jazz – Tango Orchestra and became Warsaw’s most popular dance orchestra, playing in popular nightclubs and revue theatres. In 1934-1935, they even toured Europe and the Middle East.

All of them, beside regular concerts, often worked for the film industry, contributing to countless films produced in Poland during the 1920s and 1930s. Poland’s first record label – Syrena Records (created in 1904) started documenting the first recordings of Polish jazz.

The boom of the professional jazz movement in Poland in the early 30s was due most of all to the fact that when, after 1933, fascists came to power in neighbouring Germany, many musicians of Jewish provenance left. They came to Poland. Consequently, the receptive and resource-hungry Polish Jazz society was strengthened by Ady Rosner’s trumpet, Erwin Woheller’s saxophone and Arkady Flato’s swing band. 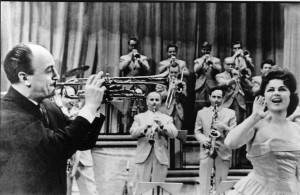 Trumpeter Ady Rosner soon became the best and the most popular Jazz musician in Poland. He formed a swing orchestra with Polish musicians, enchanting audiences and gaining wide recognition among critics. The orchestra’s vocalist Ludwig Lampel was hailed by the critics as “a sensational singer of European jazz”. Rosner’s bands not only achieved national recognition but also an international reputation, touring extensively throughout Latvia, Denmark, Hungary, the Netherlands, and France, where he recorded three albums for the French division of Columbia Records.

Later on, after escaping the Nazi / Soviet invasion of Poland in 1939, Rosner emigrated to Russia where he went through series of unbelievable “alternative lives”: from being the highest paid musician in all Russia to a gulag prisoner, to (after Stalin’s death) the driving force in Soviet Jazz. Rosner left Russia in 1973, and died in Berlin, Germany in 1976. Ady Rosner’s input to the beginnings of Polish (and Russian) jazz is unquestioned, and unparalleled by any other musician of that time.

Most of the bands of that era played many different styles of dance music, and so did Rosner, but what distinguished his band was his mastery and focus on swing. During his time in Poland, Ady Rosner gained the name of “the King of Jazz Virtuosos”. One Polish critic wrote: “Ady Rosner – Jazz sensation!”, and in the British publication Melody Maker, the president of “Sweet and Hot Club of Brussels”, called him “The Polish Armstrong!”.

After WWII: The Catacomb Period

Consequently, like the rest of Eastern and Central Europe, Poland fell under the dominance of Stalinist Russia – and the Soviets certainly did not dig swing! Only certain musical forms were allowed to flourish, particularly those with folk rhythm, without syncopation. One tempo was prescribed for everybody and army marching bands rose in importance.

In Stalinist Poland, jazz music was banned along with modern art, decent toilet paper and the right to travel abroad. Ruled with the “iron fist”, the cultural policy of the government excluded all forms of modern art, demanding from the artists to follow the mantra of “socialist realism”.

Thankfully not everybody dug Stalin and toed the party line. Young people in Poland with no taste for Russian recipes or Soviet music and political doctrines, but longing for freedom, rediscovered jazz. Banned and sometimes even persecuted, jazz went underground, or, as was said, into “the catacombs”. Jazz could only be played at private homes and private parties. Since the late 1940s in Poland, jazz, although not officially existing, in fact had embraced the spirit of independence, nonconformity and cosmopolitanism.

One band came to dominate the hidden landscape of the Polish jazz scene. The name of this group was Melomani / the Music Aficionados. The ensemble was established in 1947 from among the hippest cats of the day, including “The Founding Fathers of Polish Jazz”: Jerzy “Duduś” Matuszkiewicz (leader, saxophones, and clarinet), Andrzej Trzaskowski (piano), and Krzysztof Komeda (piano).

Many of them were students of the Łódź Film School, famous for establishing one of the leading European film movements and commonly referred to as the “Polish Film School”. Musicians of Melomani hung out at the Łódź YMCA, one of the few existing oases for nonconformists and independent thinkers in the Poland of the late 1940s. Having been separated from the development of Western jazz and without any jazz recordings or publications, Melomani played the sort of music that they thought was jazz, such as Jelly Roll Morton and W.C. Handy. Critic Elliott Simon said it the best:

Melomani played a series of standards with enthusiasm exceeded only by their fans’ obvious adoration… it is however, the historical circumstance – when jazz was a high energy outlet for the creativity of a culturally repressed society. 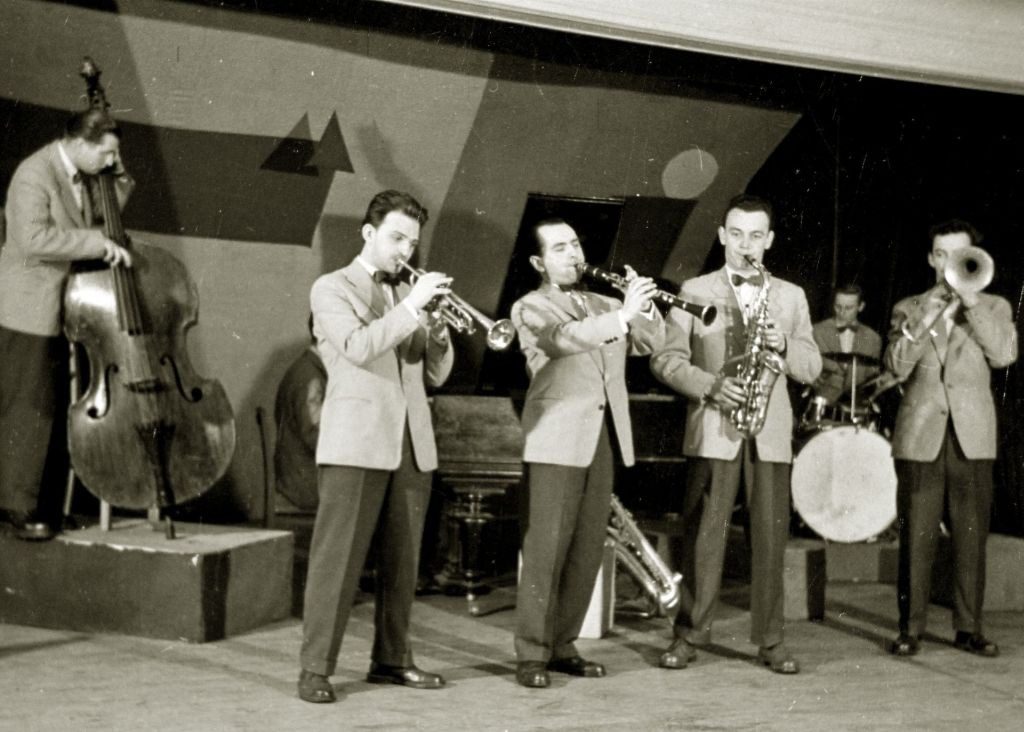 Of course, there was no jazz music on the Polish radio, no jazz records in the stores, no books and no sheet music for sale. However, there was the will, the enthusiasm and the Voice of America. Instead of listening to reports about the success of the Soviet Union at achieving heaven on earth, jazz fans and aspiring jazz musicians tuned their Soviet-made radios to DJ Willis Conover’s programmes. For Polish jazz devotees of the late 40s and early 50s in Poland, Willis Conover was a musical messiah. Conover’s programmes allowed access to the desired alternative: the right stuff and the real thing. His contribution to Polish jazz would never be forgotten.