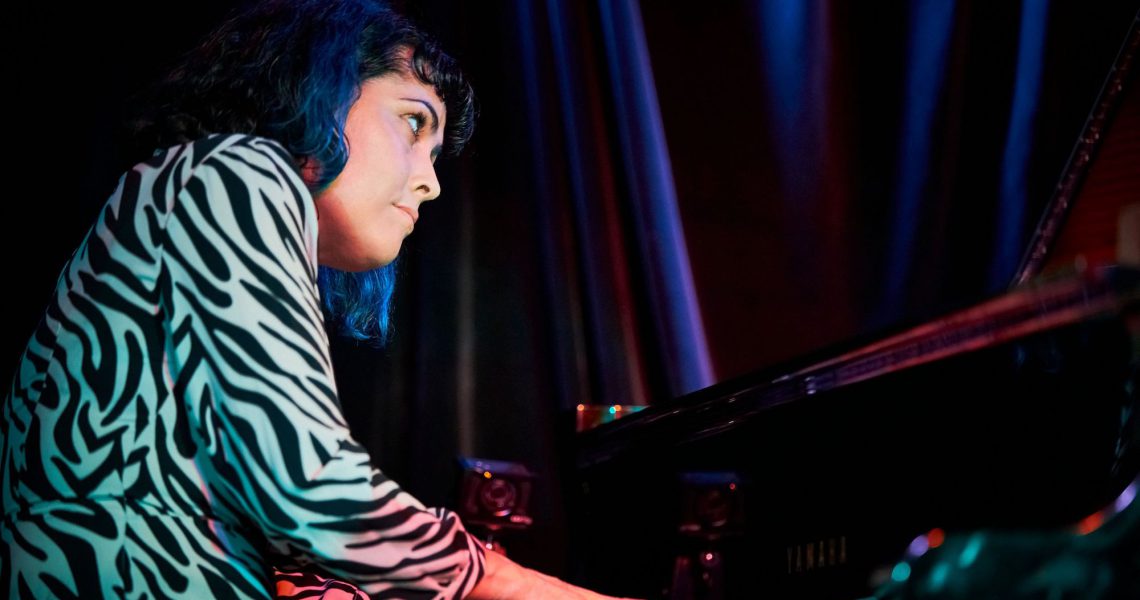 Keyna Wilkins: Composing soundtracks to some of the biggest issues of our time

It was earlier this year and thanks to covid concerns, Sydney was required to enter lock-down, when twice finalist of the Australian Art Music Award, Australian/ British flautist, pianist and composer Keyna Wilkins joined a refugee advocacy group on a social media platform. There she became acquainted with Jalal Mahamede, a poet, artist and Ahwaze Arab refugee from Iran. 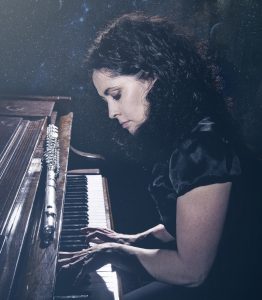 Speaking with me recently by Zoom, Wilkins explained “The first thing I noticed was that his poetry was very, very powerful, very gripping, very raw, very, very inspiring – and I hardly ever get that response from poetry! Everything he says is very, very clear, very to the point, very concise.” The level of artistry was all the more startling as, since arriving by boat in Australia in 2013, for the previous 9 years Mahamede had been incarcerated by the Australian government, mostly at the notorious Christmas Island detention camp and more recently due to deteriorating health in a Brisbane detention centre.

The word spread quickly and soon nineteen musician colleagues had joined the project, not to mention Wilkins’ own children and their friends. A powerful and subsequently widely praised album Set Me Free was launched on 17th November in Sydney with representatives from Amnesty International offering their support. A book of Mahamede’s poems, enhanced by his startlingly candid illustrations, is to be published soon.

Wilkins’ transcultural sensitivity might be understandable given that she was born in England to an English father and an Australian mother, over the years living and studying her craft, initially mostly Western classical music, in England, Germany and Australia where she now lives and works. Key moments in her musical development include, while still in her teens, some lessons in Sydney with a Tibetan monk musician, Tenzin Choegyal, after which she felt enabled to branch out into jazz, flamenco and free improvisation. Then following the birth of her children, Wilkins describes the feeling strengthened: that it was right to pursue those big issues that really fired her interest, no matter that these might traverse musically disparate areas. Indeed, Wilkins’ recent music has been characterised variously as Art Music, Space Jazz and Indigenous-Jazz Fusion, with five of her pieces now published in the Australian Jazz Real Book, a respected publication dedicated to the preservation and distribution of quality Australian Jazz.

Another big theme Wilkins has in recent years found herself attracted to is space and astronomy, and with her Ephemera Quartet she has released two albums (one of which is a double album): Orbits and Riffs and Blackholes and Modulations. Wilkins enthused: “I had a perfect group of musicians… I found a big catalogue of NASA space sounds: some of them are actually live recordings from space, and some of them are electromagnetic waves put through a spectrograph to be made audible.  And so, there’s literally images of space and planets and nebula and galaxies… so it’s like a total experience!” 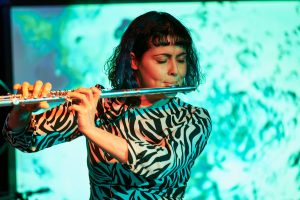 A third area that Wilkins has, in typical energetic fashion engaged with, is the music of Australia’s First Nations, her collaborator in this being digeridoo player, singer and expert animal-voice mimicker, Gumaroy Newman. Wilkins sings his praises: he’s “a very, very, very charismatic, virtuosic, fantastic player, very generous with his cultural knowledge… there’s only really one other didgeridoo player in Australia who’s doing this kind of thing and his name is William Barton and he’s a fantastic player too”.

She went on: “There are over 700 tribes in the whole of Australia, each have their different language, different rituals, different instruments, but the most important thing is the connection to the land…You know with the West, it’s like: I own this tiny little square of land, that’s mine, end of! But the way Gumaroy explains it is: you can never own land. You can belong to the land, but you can never actually own it. So, you know, it’s a whole different way of living!”

The two musicians quickly formed the bi-cultural duo Yulugi (meaning in Gamiloroi language to play, dance or have fun), Wilkins describing their modus operandi as “pure improvisation, we plan nothing.  It’s the merging of the sound worlds… the feedback I got was that this is actually one of the reasons that I was finalist for a big award in Australia last year [2020], The Australian Art Music Awards.”

In 2020 the duo distilled their distinctive sound into the album Chasing Stars To The Mother Tree and also impressively co-composed a didgeridoo concerto, Celestial Emu for The Metropolitan Orchestra.

Indeed, notwithstanding the increasing improvising, Wilkins continues to be a prolific composer, recently completing Smoke Trails, a clarinet nonet about the bushfires and global warming.  A second didgeridoo concerto is in the making, as is a solo cello piece “about the polarization in politics”. This latter is for cellist Kathleen Perez who is based in Spain and part of this work will also include some of Mahamede’s poetry.

Although covid will doubtless limit touring in the near future, Wilkins hopes to be able to tour through Europe including the UK in two years’ time, saying she would love it if people reading this article can recommend venues.  Her passion for the big issues, vision for a better future and cross-cultural sensitivity will surely make her welcome when she does return to Europe.

To end, some bittersweet news. Jalal Mahamede was released earlier this month, after spending nearly ten years in detention. The album Set Me Free could well have been a contributing factor to his release. Meanwhile between 200 and 300 refugees continue in detention in Australia or offshore.