Saturday was a hard day with eight bands programmed (four in the Observant and four on the main stage). The fact that I have not yet mastered the art of being in two places at the one time meant choices had to be made. I started the day at the main stage with the Jazz Orchestra of the Concertgebouw. Together with vocalist Sabrina Starke the band delivered a great program of compositions made famous by Nina Simone. Apart from the spectacular performances you would expect from a band with the status of the Jazz Orchestra of the Concertgebouw I was also impressed with the arrangements that brought new life to this well trodden repertoire. Of note were the arrangements of ‘Don’t Let Me be Misunderstood’ and ‘Revolution’ that allowed vocalist Starke to deliver a moving and powerful statement. This performance was without doubt one of the highlights of the festival and a great start to the day. 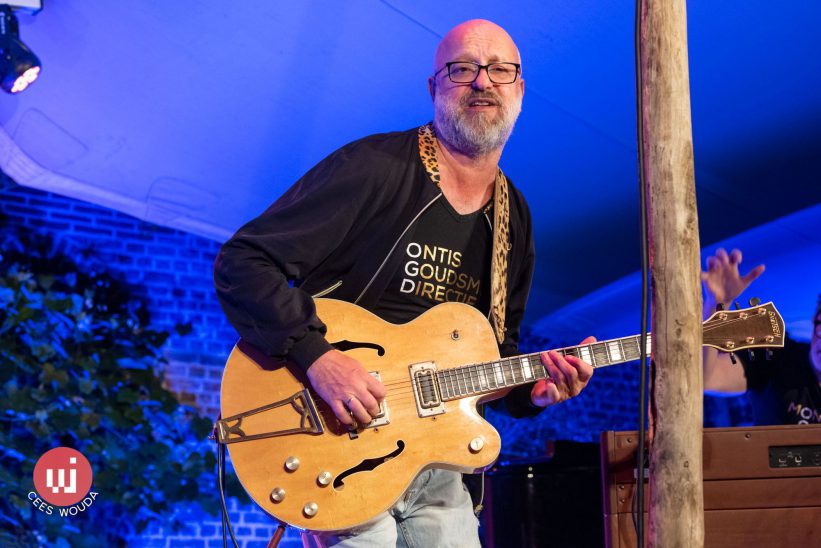 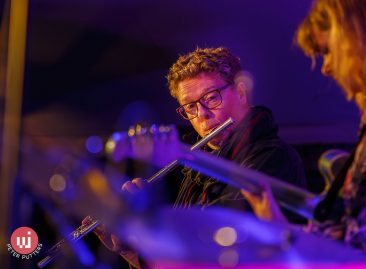 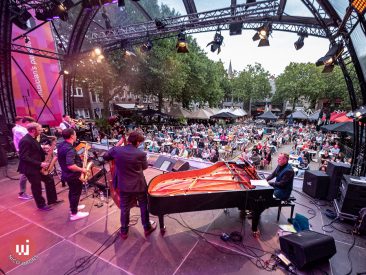 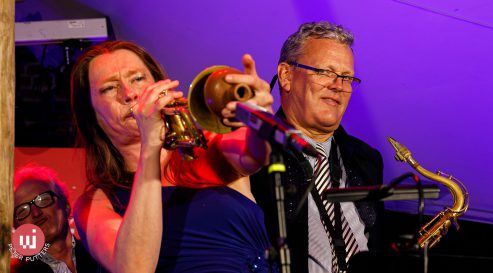 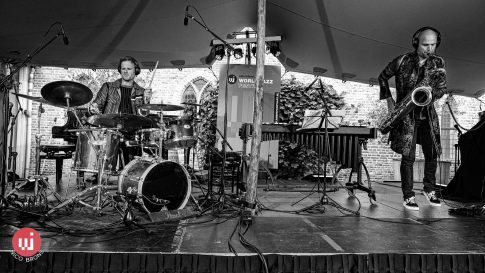 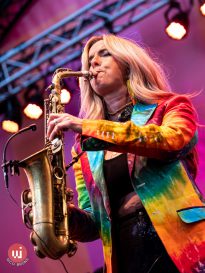 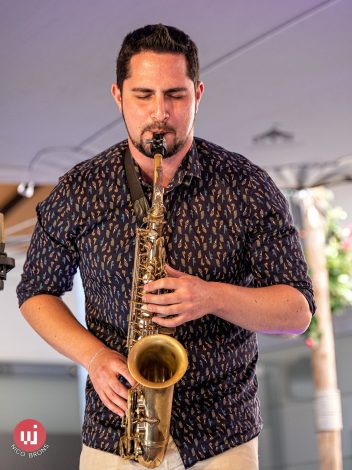 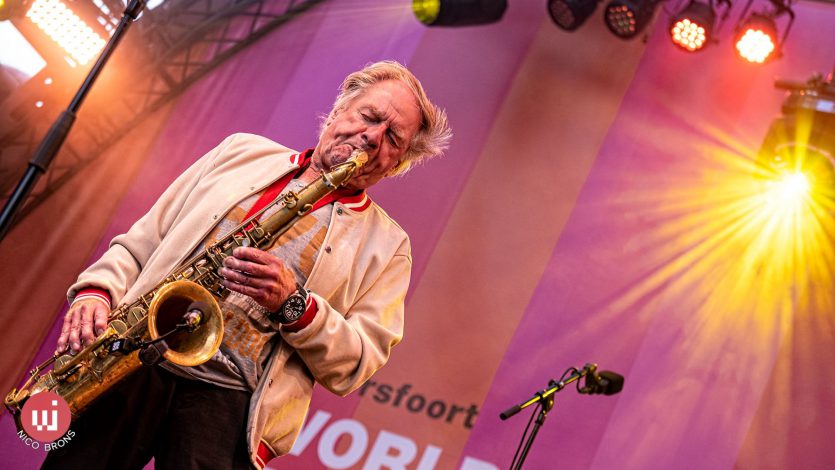 Later that day Hans and Candy Dulfer graced the main stage with a solid performance that captivated the audience from the first note. Between performances on the main stage I made my way over to the Observant for what would be one of the best surprises of the festival, the Aviv Noam Quartet. I hadn’t planned catching this one however, my good friend and colleague Martin Longley who was there to cover the festival for All About Jazz, mentioned that he had listened to Noam’s latest album and suggested this could be worth a look. He was right.

The Aviv Noam Quartet won the prestigious ‘Dutch Jazz Competition’ in 2020. The Saxophonist, originally from Israel and now resident in Amsterdam, has put together a group that draws inspiration for the world of the 60’s avant-garde. Joining Aviv was Federico Calgano – Bass Clarinet, Louis J. Bourhis – Double Bass and Guy Salamon on Drums. As a child of the 60’s I grew up on a solid dose of Ornette Coleman and Eric Dolphy so this gig was right up my proverbial alley.

I really enjoyed the compositions and especially the way the through composed passages integrated seamlessly with the improvisation. Noam and Calgano proved to be an excellent team with the saxophones and bass clarinet fusing together to create a sound world that immediately transported me back to those classic Coleman/Dolphy recordings. Please don’t misunderstand me here, this was not a rehash of the 60’s avant-gard, this was new and fresh but definitely rooted in the world of Ornette Coleman as was alluded to by their closing piece titled “Ornette is the way”. This is a band to watch out for.

The final day also featured a strong line-up with three concerts on the main stage culminating with the closing concert, a tribute to the Jazz at the Philharmonic, more on this later. Sunday also saw two concerts at the Observant, the Directors Invite concert and a trio with John Engels, bassist Joris Teepe and Alto sax player and leader of the New Cool Collective, Benjamin Herman.

With the Directors Invite concert, Festival director Alexander Beets invited the international Artist in Residence, Sylwester Ostrowski together with Ellister van der Molen, Marius Beets, Miguel Rodriguez and Sven Rozier to perform a great set of standards. Ostrowski, who had guested with a number of the other acts at the festival was given the space at this concert to stretch out. I truly enjoyed his playing and in particular the tunes played with Alexander that reminded me of some of the great tenor battle recordings common in the 60’s. It would have been good to see more of Sylwester however, I’ve been informed he will return to Amersfoort in October. On a side note, watch out for our coming article in the Autumn magazine featuring Ostrowski and the surprising world of Szczecin Jazz.

Following this John Engels took the stage together Joris Teepe and Benjamin Herman. In March this year the trio released a new album titled ‘When Will The Blues Leave’ and it was from this album that the majority of the material was sourced. At 86 years of age, John Engels proved that age is nothing more than perspective. This piano-less trio was on the mark from the get go and both Herman and Teepe were the perfect partners to spar with this living legend of Dutch jazz. I enjoyed their version of ‘The Peacocks’, first made famous by Jimmy Rowles and Stan Getz and their version of the On Green Dolphin Street.

The Festival ended with a tribute to the classic Jazz at the Philharmonic concerts organized by Norman Granz back in the day. With this concert we saw the return to the main stage of many of the players we had previously seen at the festival including Cathrine Legardh and Izaline Calister (vocals), Anton Goudsmit (guitar), Ruud Breuls (trumpet), Marius Beets (Bass), Miguel Rodriguez (piano), Ellister van der Molen (Trumpet), Alexander Beets (tenorsax), Gijs Dijkhuizen (drums) and not to forget, Artist in Residence Sylwester Ostrowski. This show was a fitting end to one of the best festivals I have had the pleasure of attending for years.

I’d like to thank the management of the Festival for the amazing hospitality and congratulate them on organizing a festival of this caliber in Covid times. Bravo!

More information on the Amersfoort World Jazz Festival can be found here at their website.