Organizing a festival in a world with COVID is a challenge to say the least. This challenge is specifically relevant here in the Netherlands where the governments constant flip flopping in policy has caused significant and unnecessary damage to the sector. That said, it’s hats off to the organization of the Amersfoort World Jazz Festival for navigating an ever-changing environment and producing an amazing 2021 edition of the festival.

The Amersfoort World Jazz Festival was initially founded in 1979, making it one of the older jazz festivals in the Netherlands. Since the festivals inception, the organization has grown the event to become one of the foremost festivals in the Netherlands with an international reputation and affiliated partners throughout the world. Due to the Covid restrictions, the international component was not present in Amersfoort last week however, the concerts in the Observant were recorded for later broadcast to the international community. The festivals tag line is “A Musician’s Paradise” and this is certainly the case. Festival director Alexander Beets and his team put together a strong program of largely Dutch based artists covering multiple styles of contemporary jazz. There was something for everyone without having to go “off genre”, a route many other festivals have used in a bid to attract a broader audience. Attracting an audience in Armersfoort was not an issue, most of the concerts were fully sold out.

I arrived at the festival on the Tuesday and immediately made my way to the Observant, a wonderfully converted monastery on the outskirts of the historical center. During the festival the venue hosted two concerts per evening in the intimate courtyard. The first cab off the rank was a Duo with Saxophonist Ties Mellema and percussionist/drummer Barry Jurjus titled PEAX. While perhaps not the most obvious duo combination, with the addition of some well crafted loops and samples Mellema and Jurjus brought an amazing set with a wide scala of soundscapes. The compositions were highly eclectic often borrowing themes from the late renaissance through to drum-‘n-bass and touching on elements of minimal music, funk and the avant-garde along the way. A great program and super start to my Amersfoort Jazz experience. 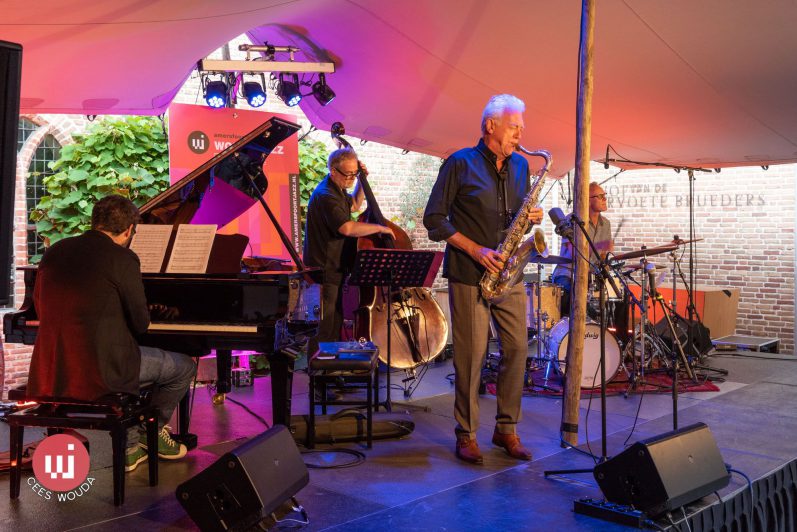 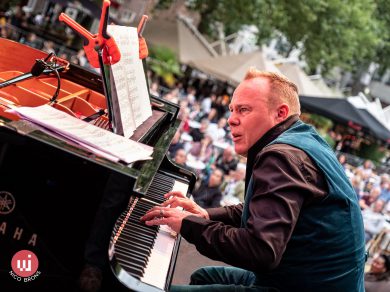 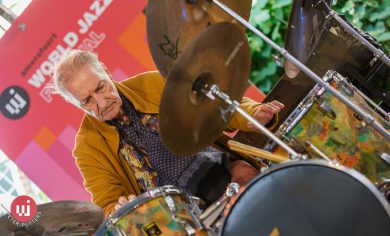 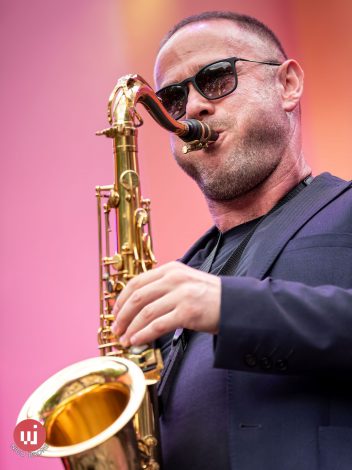 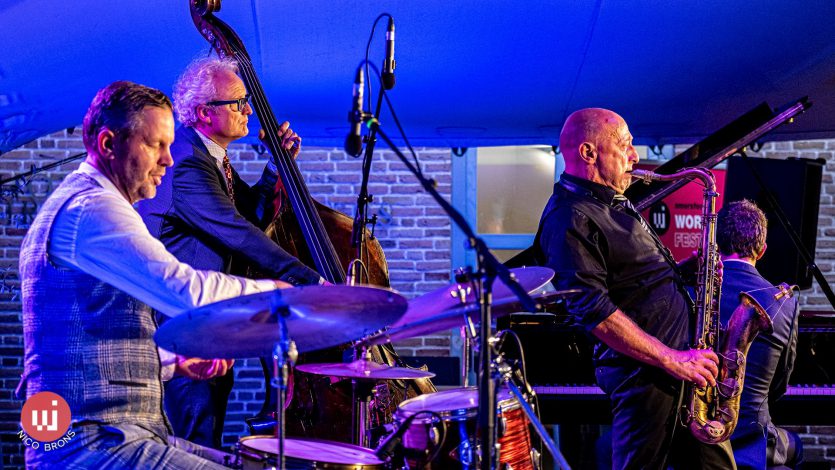 Following PEAX was a new group called ‘Sojourner’s Truth’ lead by Flutist Mark Alban. While this concert was the debut gig for this line-up it came over as if the band had been playing together for years. The program featured a set of original compositions each dedicated to a  female activist (both past and present), in fact, the bands name refers to the American activist Sojourner Truth who has become legendary for her fight to abolish slavery in the mid 19th century in the united states. Drummer Sun-Mi Hong and bassist Frans van der Hoeven provided a solid rhythmic base for leader Mark Alban to display his prowess on flute. Personally I found the highlight of the set the piece dedicated to US Congresswomen Alexandria Ocasio-Cortez or better known purely as AOC.

The following evening I was back in the Observant for the Dick de Graaf Quartet featuring Barry Green on piano, Jos Machtel on Bass and rounding out the quartet was Pascal Vermeer on drums. The formation presented a selection of original tracks from their commemorative LP titled ‘Festive’, an album marking de Graaf’s 40th year in the business. The repertoire was rooted in the mainstream and performed with true verve as evidenced by audience reaction.

Following de Graaf’s set, Bassist Udo Pannekeet presented his band ‘Electric Regions’ with a set that surprised from start to finish. The somewhat unconventional line-up featured of course Udo Pannekeet on bass together together with Marcel Serierse and Niek de Bruin on drums, Alex van Popta and Rein Godefroy on Keyboards and on trumpet Jan van Duikeren. Udo Pannekeet is a well known figure on the Dutch scene and is the current bassist for the legendary Dutch progressive rock band Focus. Electric Regions is something completely different. In 2019 the band released their first album ‘Electric Regions Part 1’ yet tonight’s performance featured a compacter line-up than on that recording. According to Pannekeet the pieces presented at this concert will appear on a future release, Part 2 I would expect.

The combination of the two drummers Marcel Serierse and Niek de Bruin was amazing with the two laying down an infectious grove from start to finish. The two Keyboard players created some wonderful soundscapes skillfully combining samples, loops with some stunning solo passages. My personal highlight from the set was a track titled 7:37. A name that Pannekeet explained was the time his young daughter would usually wake up. The track started with a sample of the words “seven thirty seven” looped to set the tempo and form the basis of the groove. I loved this gig and can’t wait to hear the new album once complete.

On Friday Belgium pianist Jef Neve with his Mysterium project graced the main stage. I really enjoyed this performance, Neve’s compositions and arrangements were excellent and hats off to bassist Nathan Wouters who held down the rhythm duties without the assistance of a drummer.

Following Jef Neve’s concert, I quickly hightailed it to the Observant just in time for the ‘Montis, Goudsmit & Directie’ trio who had just taken the stage following the Suzan Veneman Sextet. The trio made up of Frank Montis on Hammond, renowned guitarist Anton Goudsmit and bandleader drummer Cyril Directie. I have to say this set was one of the festival highlights, the party began with the soundcheck and continued through to the final note. Cyril Directie held the public in the palm of his hand as the trio delivered a high power set of of funk and groove. The combination of Montis and Goudsmit delivered some amazing interplay and this combined with the powerhouse that is Cyril Directie led to a set that captivated the audience.