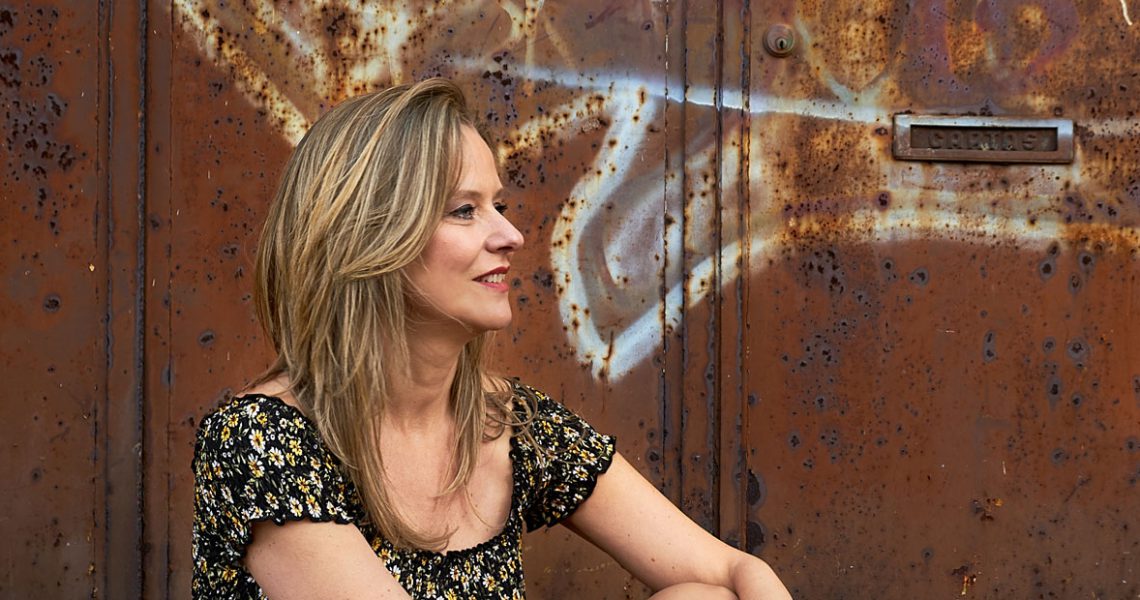 Sonia Pinto speaks about her new album “Why Try To Change Me Now”.

October the 25th will see the release of the debut album on Mons Records by Portuguese vocalist Sonia Pinto titled “Why Try To Change Me Now”. When I first received the album for review I was impressed by the freshness and creativity of her approach to what one may see as “done to death” standards. Sonia and her band breath new life into these vehicles approaching this repertoire in unexpected ways. After reviewing the album (watch this space -ed) I felt the need to reach out to find out more about this Portuguese songstress.

Jan Veldman: Hi Sonia, Bom Dia and thanks for taking the time to speak with us. Before we speak about the new album could you tell our readers a little about your musical background?

Sonia Pinto: From a very young age music has been a passion for me, in fact, I can’t remember a time before singing. As far as my musical education is concerned, It all started kind of backwards. I first started singing in public as the lead vocalist of a Pop Band, and only after that, I felt the need for vocal training.

This is how I was led to Jazz. I began my singing studies, at the Porto Jazz School and also took private jazz vocal lessons and participated in several workshops both national and international. I have been lucky to study with some great vocalists and educators including Fátima Serro, Kiko Pereira, Luciana Souza and Fay Claassen. I attended the Free Course of Jazz Singing of the Superior School of Music and Arts of Porto, E.S.M.A.E.  To be honest, most things I have absorbed by listening and watching, and self-study.

While I was studying at E.S.M.A.E. I formed my band. It began as a quartet with Pedro Neves on piano, Hugo Carvalhais on double bass and Leandro Leonet on drums however as we started to work on a more regular basis, we became a quintet with Bruno Macedo on guitar and Miguel Ângelo took over the double bass. 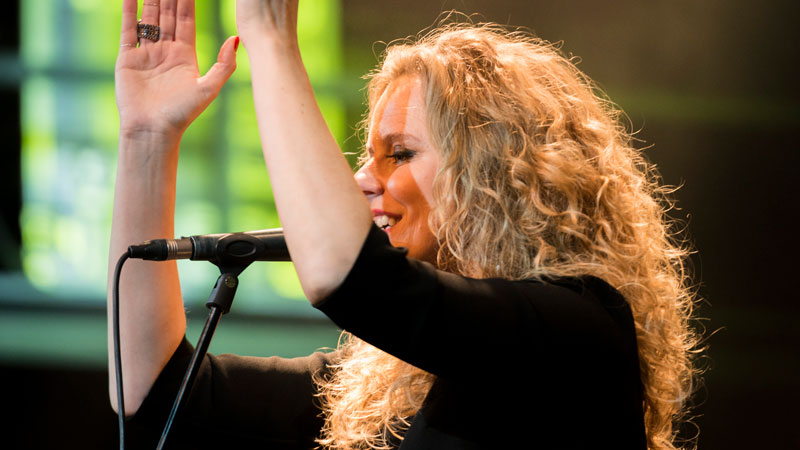 JV: What artists would you say have influenced you the most?

SP: There are so many artists I’ve heard, observed and absorbed, that mentioning all of them would be too extensive.

When listening to them I love exploring the many nuances and flavours and experience the element of honest emotion and remarkable talent.

JV: So far most of your work has been in your native Portugal. Do you have plans to tour with the new album in the rest of Europe?

SP: Although the kick-off will be in my beautiful Porto here in Portugal, I definitely want 2020 to be a year of Concerts around Europe for the presentation of this Album.

JV: The album was recorded with your current working band and includes an interesting mix of standards. Can you tell us a little about the choice of repertoire and how you approached the arrangements?

SP: When I chose a song to explore it’s because I’ve fallen in love with the melody and the message, the poem in it, or sometimes because of the way I heard it being interpreted by someone else. So it’s mainly because of the way it made me feel when I listened to it.

Some of the songs have been played by us for some time, so they naturally have gained a new shape, a new “dress”. Others are very well known songs, like “Fly Me to the Moon” or “I say a little prayer”, so they were reinterpreted with surprising arrangements, and/or new melodic lines and lyrics, giving them a new life both in the ears and imagination.

Pedro Neves, my long-time pianist, was the musical director on the album and wrote all of the arrangements except for one. Miguel Ângelo, my bass player, wrote the arrangement for “Fly Me to the Moon”.

I’m a singer, but I also consider myself a writer and lyricist. My love for words and poetry always lead me, not only to recreate the songs through my interpretation as a singer performer but also with new poems. This is what happens when we do a new Verse, or when I write a completely new poem for a song. Also, I love ballads. Singing a ballad allows me to slowly open a window into my soul and hopefully make people feel something. So, songs like “Why try to change me now” and “Too young to go steady” just had to be included on this Album.

JV: One of the tracks you recorded was Steve Kuhn’s Saga of Harrison Crabfeathers where you added newly composed lyrics. Can you tell us about choice to record this track?

SP: Actually, this was one of Pedro Neves favourite songs. It’s a beautiful tune with some very dark original lyrics. While I was listening and singing it, I always felt like saying something else so I ended up writing new lyrics for this song.

Often when I add new lyrics I feel we need to also explore additional melodic elements, I think this not only enriches the songs but it also adds extra creative inspiration to explore the harmony. I’m really happy with this version, in fact, I think it turned out amazing musically. The poem is about the contradiction, between the recognition and affection of the public an artist needs, and the “clown” sometimes he has to “dress”.

SP: I would say there are three things I deeply love: Of course the first is the thrill of being on stage. I love it when people connect with the music, the lyrics, and you are able to create an emotional resonance in the listener. The second is relationships. I’ve built a lot of wonderful relationships with musicians and people that come to our shows. I love the ability to connect almost instantly with people through the love of music.

Thirdly I think being in this business is enriching my life with creativity. It gives shape and life to something that lives in your imagination so that others can see, listen and feel. Creating something new that will outlive me, and hopefully be remembered and cherished by others in the future.

There’s nothing I hate, but what I don’t like that much is promoting, scheduling concerts and all inherent administrative and logistical details.

JV: If you could change anything about the industry, what would it be?

SP: The industry is always changing and change is inevitable. In the artistic paradigm, music is changing from physical to digital. This is an overwhelming change in the music industry. There are new opportunities all around us. We can easily reach people all over the globe with our music and that’s positive.

However, the traditional music “industry” is suffering. Albums have lost their dominance over singles and playlists are the primary listening format, and a structure for artists to be properly compensated has proven difficult to find. Many artists, creating music, bringing songs to life, are not making sufficient money to sustain a financially adequate career.

It would be nice if the artist didn’t always end up with the smallest slice of the cake. It would also be great if consumers would once again value music and support the artists they love, by purchasing their entire album instead of one or two singles from it.

JV: To finish up, what’s next for Sonia Pinto?

SP: Keep chasing new territories for myself, the band and the audience. Above all, never stop delivering quality music and developing as an artist!

Sonia has built a strong following in her native Portugal I’m convinced this album will open the door for Sonia to expand her presence internationally.

Sonia Pinto’s new album will be available on the 25th of October on Mons Records. For those readers in Portugal, also on the 25th Sonia and her band will launch the album at the Auditório FEUP in Porto. The show starts at 9:30 and tickets are available here.