Some time back I received a new album from German trumpeter Matthias Schwengler and his band Soulcrane titled “Another Step We Take”. The Band name at first glance is a little misleading, if you’re looking for an album featuring the best-loved tracks from the vaults of Stax Records then you’re in the wrong place. Soulcrane according to Schwengler is more of a take on the classic Coltrane album “Soultrane” and in his own words is a “Chamber Jazz” ensemble. The album features a basic Trio line-up of Guitar Bass and Trumpet with special guest, renowned Irish tenor saxophonist and Cologne resident Matthew Halpin. 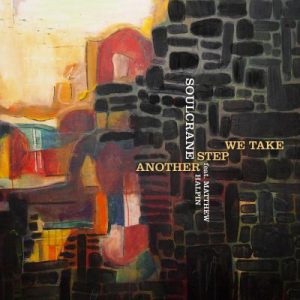 The album features nine original compositions contributed by the performers with the majority from the hand of Schwengler and Brämswig, both contributing three compositions each. Bassist Reza Askari contributes two pieces and the album contains one track from the pen of Matthew Halpin. In the press release for this recording, it states that the band has “found a common compositional style” and I would have to agree with this statement, there is a wonderful consistency throughout this set.

The Albums opens with the title track “Another Step We Take”, a jazz waltz that not only sets the tone for this recording also displays the beautiful tone and lyricism of leader Matthias Schwengler. His superbly constructed solo immediately drew me in leaving me wanting for more. Following this guitarist, Philipp Brämswig answers with an equally superb contribution. The albums special guest, Irish tenor saxophonist, Matthew Halpin is introduced on the following track “Two Bodhi Tree Leaves”. The voices of Halpin’s Tenor Sax and the trumpet of Schwengler blend seamlessly in this lilting tune in 7/4 creating a true dreamlike soundscape. Following these two opening tracks, I was sold. I knew where the album was going and the picture the group were painting was already clearly visible. I now understood Schwengler’s “Chamber Jazz” statement.

The album continues with the first of Philipp Brämswig’s compositions presented on the album is “Some Other Time”. Once again this track features the full quartet and provides both Brämswig and Halpin with a vehicle to explore an alternating dialogue. On the album, the playing of guitarist Philipp Brämswig is the perfect foil for both Schwengler and Halpin providing a strong harmonic palette for the soloists to explore the harmony without ever getting in the way. Bassist Reza Askari plays largely a supporting role however shows his melodic talent in “Song for a Friend” and later in “Treasured One”. Other tracks of note on the album are the Latin infused “Song for a Friend” and “Get There” both featuring exceptional trumpet performances from Schwengler and with the later with some impressive interplay with Halpin.

I was particularly impressed by the final track “El Jomo” written by bassist Reza Askari. This track is hypnotic and features some excellent guitar work from Brämswig, a perfect closer for the album leaving this listener begging for more.

With most of the tracks on this album are in a similar tempo and tonality, the album at no point becomes monotonous in fact quite the opposite, The sense of melody and form displayed specifically by Schwengler and Matthew Halpin keeps the listener fully engaged and hanging on the tip of their embouchure. 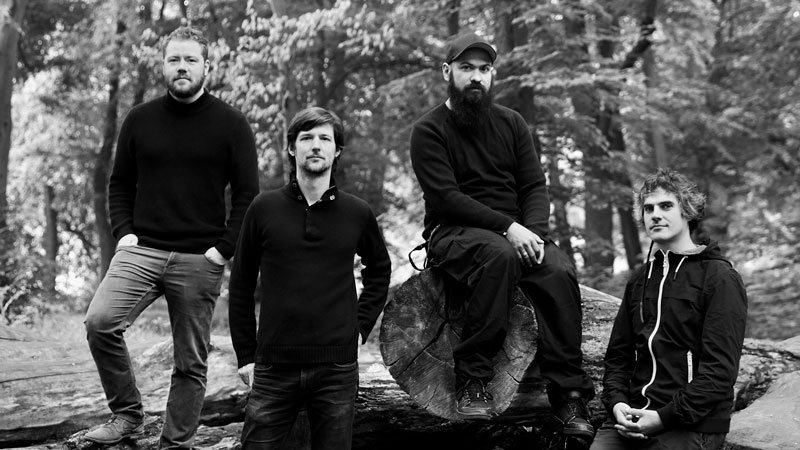 If you’re looking for an album full of up-tempo hard-swinging jazz, this is not the album for you. The feel is ethereal and the soundscapes highly textural with a superb sense of melody, the perfect album to chill out with. The ensemble playing is exceptional throughout the entire album, particularly the playing of guitarist Philipp Brämswig who displays an almost telepathic sense of accompaniment and an ability to construct seemingly perfectly balanced solo passages. However, the true discovery on this recording though is Matthias Schwengler, his tone and highly developed sense of melody and lyricism is something one would only expect from a player twice his age. If this is a taste of what’s to come then we can expect to be hearing a great deal more from the German musician in the coming years.

This album is highly recommended.

Buy or Stream the Album here: