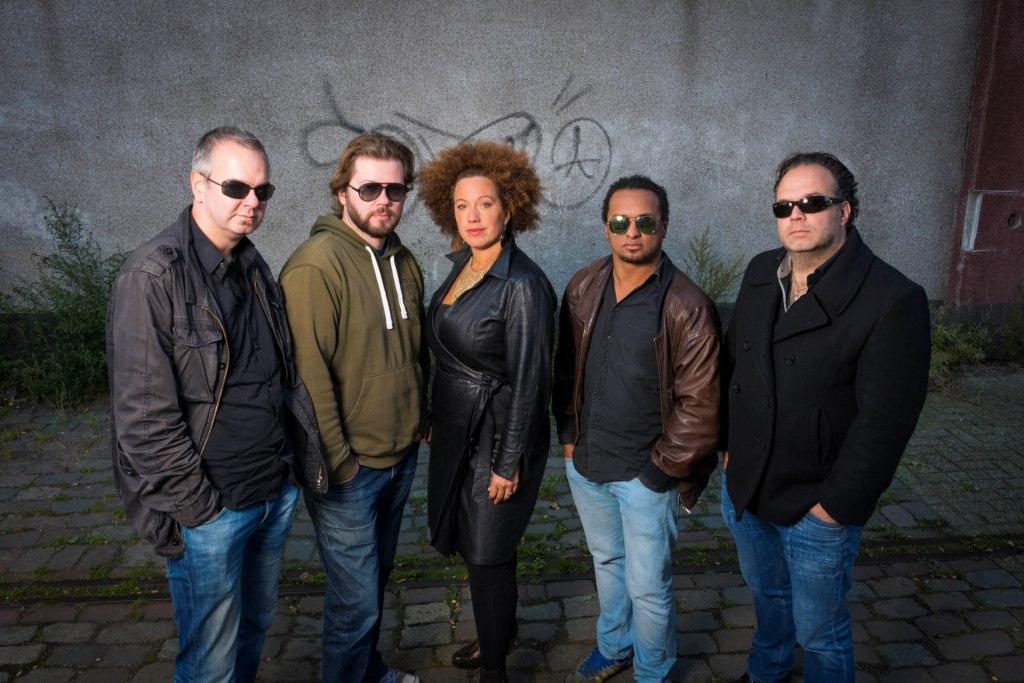 Amsterdam-based jazz-funk band Tristan return to the UK in July and September for a series of dates organised through Going Dutch, the joint initiative between Dutch Performing Arts and the Jazz Promotion Network that is bringing top musicians from the Netherlands to the UK and Ireland over the next eighteen months.

Originally a trio who worked with guests including legendary American trumpeter Randy Brecker and British saxophone virtuoso Nigel Hitchcock, Tristan really hit their stride with the addition of singer Evelyn Kallansee and guitarist Guy Nikkels in 2014.

“The idea for the band came in 2003 when our drummer, Sebastiaan Cornelissen, bassist, Frans Vollink, and I met in a recording studio,” says keyboards player Coen Molenaar, who has worked with guitarist Jan Akkerman, formerly of Dutch prog rockers Focus, among many other musicians.

“We were actually there to play on an album with a guitarist from Luxembourg and it instantly felt as if we had been playing together for years. We would tour as a trio with guests, including Randy Brecker, who has been a great supporter of ours. But we really needed a singer and it took until 2014 to find the right one. When we met Evelyn everything fell into place and that same year we released our first album, Full Power.”

Full Power made an immediate impression. Jazz FM awarded it Album of the Week status and it went straight to the top of the UK Soul charts, going on to win the band a world-wide following. Its successor, 2nd Phase, released in 2015, performed similarly, with its catchy opening track, Supersize My Sunshine becoming a turntable and dancefloor hit.

By this time, in addition to Randy Brecker, Tristan had found another American champion in the shape of Steve Lukather, guitarist with Californian rock band Toto.

“Sebastiaan was a big Toto fan when he was young,” says Molenaar. “He got in contact with their drummer, Jeff Porcaro, who thought Sebastiaan was very talented and was going to give him some lessons, but unfortunately Jeff died. This was a big blow but since then, Sebastiaan has sent Steve Lukather all the music he has recorded and when Steve heard Tristan he was so enthusiastic. He wrote Sebastiaan a long e-mail, saying that our music brought the best of the 1970s into the current age. We were really pleased with that comment, as you can imagine.”

As Molenaar points out, however, they are essentially a self-sufficient live act and they like to take the energy they create onstage into the studio.

“When we record, the rhythm section are always in the studio together and we tend to record the rhythm tracks in one take, to keep the music vibrant and direct, he says. “In live performance we go for the same effect. Our philosophy is, just play. No fooling around, give all your energy and inspire the audience, leave them feeling charged with positive energy and – hopefully – longing for more!”

Photo credits: Courtesy of the artist – and (c) info: all rights go to original recording artist/owner/photographer(s).