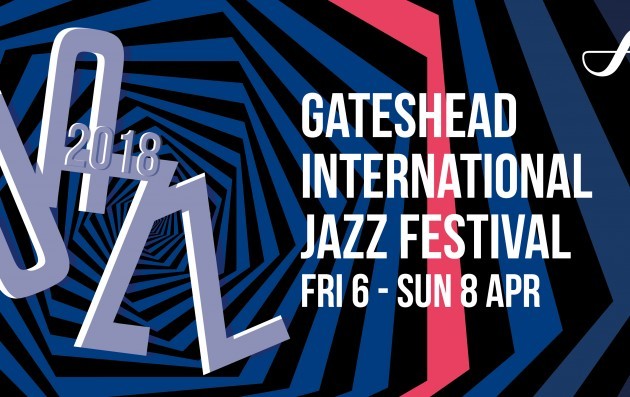 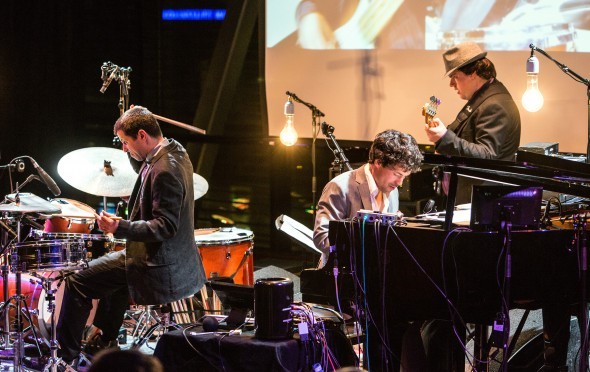 Tin Men and The Telephone

Smartphone manipulators Tin Men and the Telephone, pianist Kaja Draksler and world music explorers the Nordanians – join a programme including the Sun Ra Arkestra, singers Norma Winstone and Zara McFarlane, Afrobeat-founder, drummer Tony Allen and veteran bandleader Chris Barber in the Sage venue by the River Tyne in north-east England from the 6th to 8th of April.

Tin Men and the Telephone uses live electronics, projected visuals, and an unusual form of audience participation in combination with jazz and improvised music to create a unique multimedia experience.

Anyone in the auditorium can suggest melodies, rhythms, chords or a change in tempo or musical direction as Roe manipulates submissions on his laptop, creating an entertaining scenario that can involve pop hits being comically mutilated. The group will be appearing in a late night performance on Friday 6th April and in a family concert the following morning at eleven o’clock. 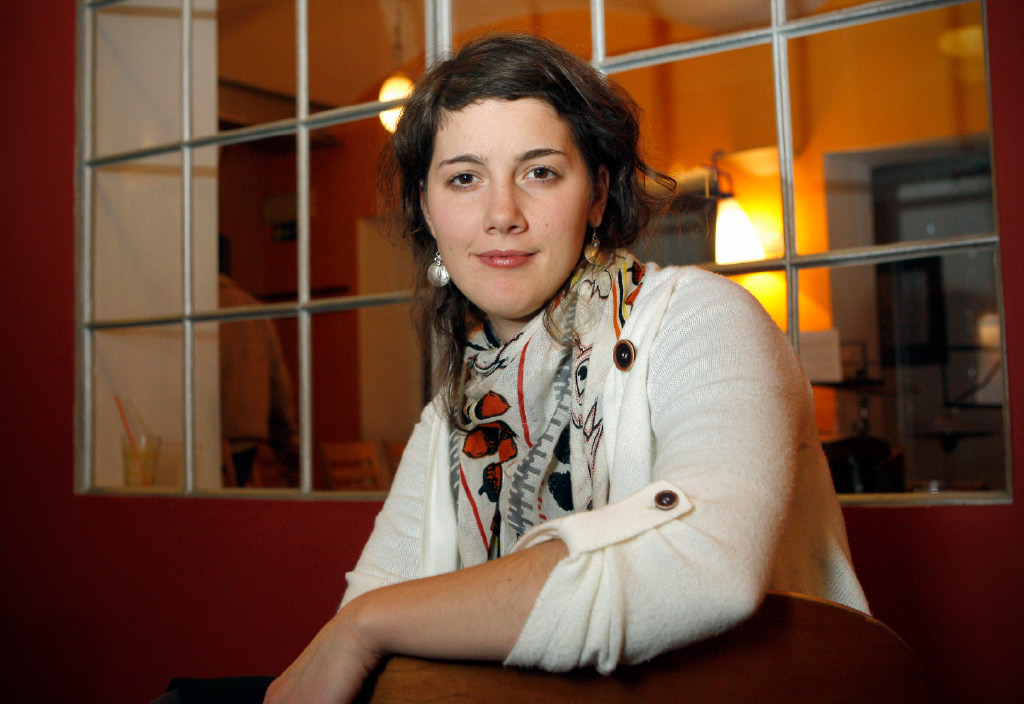 The Nordanians, who feature violist Oene van Geel, guitarist Mark Tuinstra and tabla player Niti Ranjan Biswas and who have been proclaimed by All About Jazz as proving that serious music can also be fun, appear at the festival on Saturday 7th April in a Jazz Goes East presentation with London-based tabla player-producer Sarathy Korwar’s quartet. 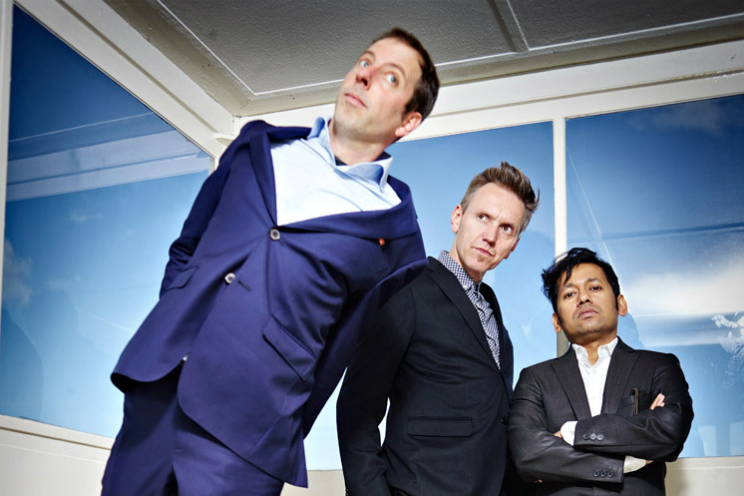 All three acts from Amsterdam are being presented in Gateshead through the Going Dutch initiative that has been set up by the UK and Ireland-wide Jazz Promotion Network with Dutch Performing Arts to present musicians from the Netherlands in concerts and festivals throughout 2018 and into 2019.

As well as appearing in Gateshead, the Nordanians play concerts at the Workmans Club, Dublin on 6th April and Zeffirellis in Ambleside in England’s Lake District national park on 8th April.