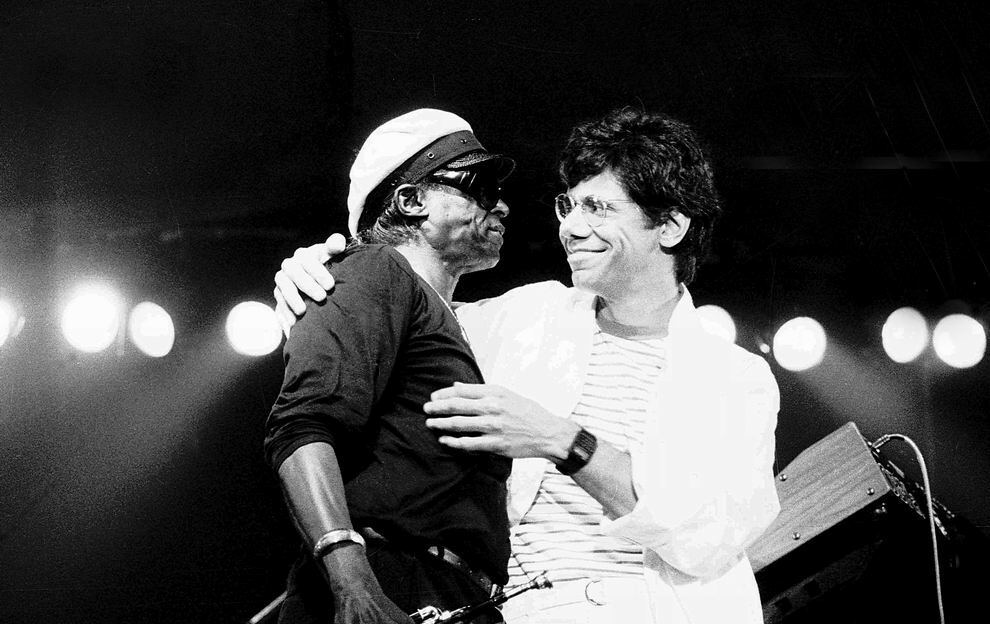 Editors note: Scott and I regularly  connect and he’s a valued supporter and a senior writer for JazzInEurope. Scott is one of those people who recognizes that while Jazz is in constant change,  its history should not be lost. Scott’s personal little black book of the Jazz who’s who is vast, as is his integrity and reputation.  Just read Scott’s Bio at the end of this Jazz history nugget he shared with me and I asked him to share it with you.

The day was September 28, 1991.  It was the day that jazz lost its living leader.  Everything changed.  I was an upcoming young journalist.  Having worked in radio for more than 15 years already, I had interviewed just about everybody I wanted to.  It is a very rewarding gift to be able to speak with those in the world you most respect.

On this particular day I had a scheduled phone interview with Chick Corea.  I was excited, nervous and honored!  Preparing for an interview is most important.  A person can tell in a second if you know what you’re talking about…if you even listened to his music or know his history. 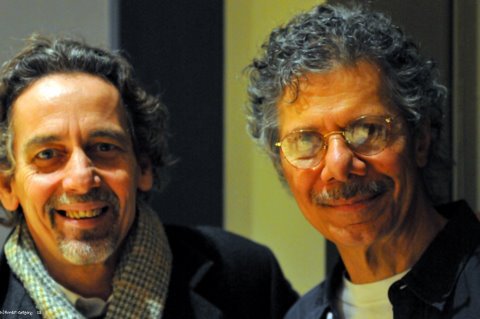 Chick and I hit it off.  We spoke as friends.  Both living and loving music.  He played it.  I wrote about it.  The interview lasted about 45 minutes.  A long phone chat.  By the end of our conversation, we had become friends.  Today that interview is in a box somewhere in a storage unit with so many other treasured conversations with the giants.

My brother Chris (a trumpet player) and I had gone to see Miles religiously at Avery Fisher Hall every year!  Miles even did a sketch for me at the Saratoga Jazz Festival, signed it and everything!  History.  I met Miles once backstage at the Newport Jazz Festival at Fort Adams State Park.  Or I walked passed him anyway…I humbly said ‘Hi Miles…”  His response…an inaudible mumbling of profanities.  Miles Davis just told me to F—k Off!!  What an honor!! 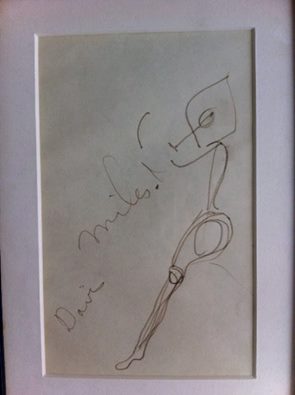 Suddenly on the TV news I see a bulletin:  Miles Davis Dead! I couldn’t believe it!  I immediately called back Chick and asked him if he had heard the news.  ‘What news?, his response.  I was the one that had to break the news to him that Miles had died.  We had just spoken of his recording on Bitches Brew and so much more.  We were both speechless.  In shock.  Later that day, Chick sent me this very moving memory of the monumental Miles Davis. 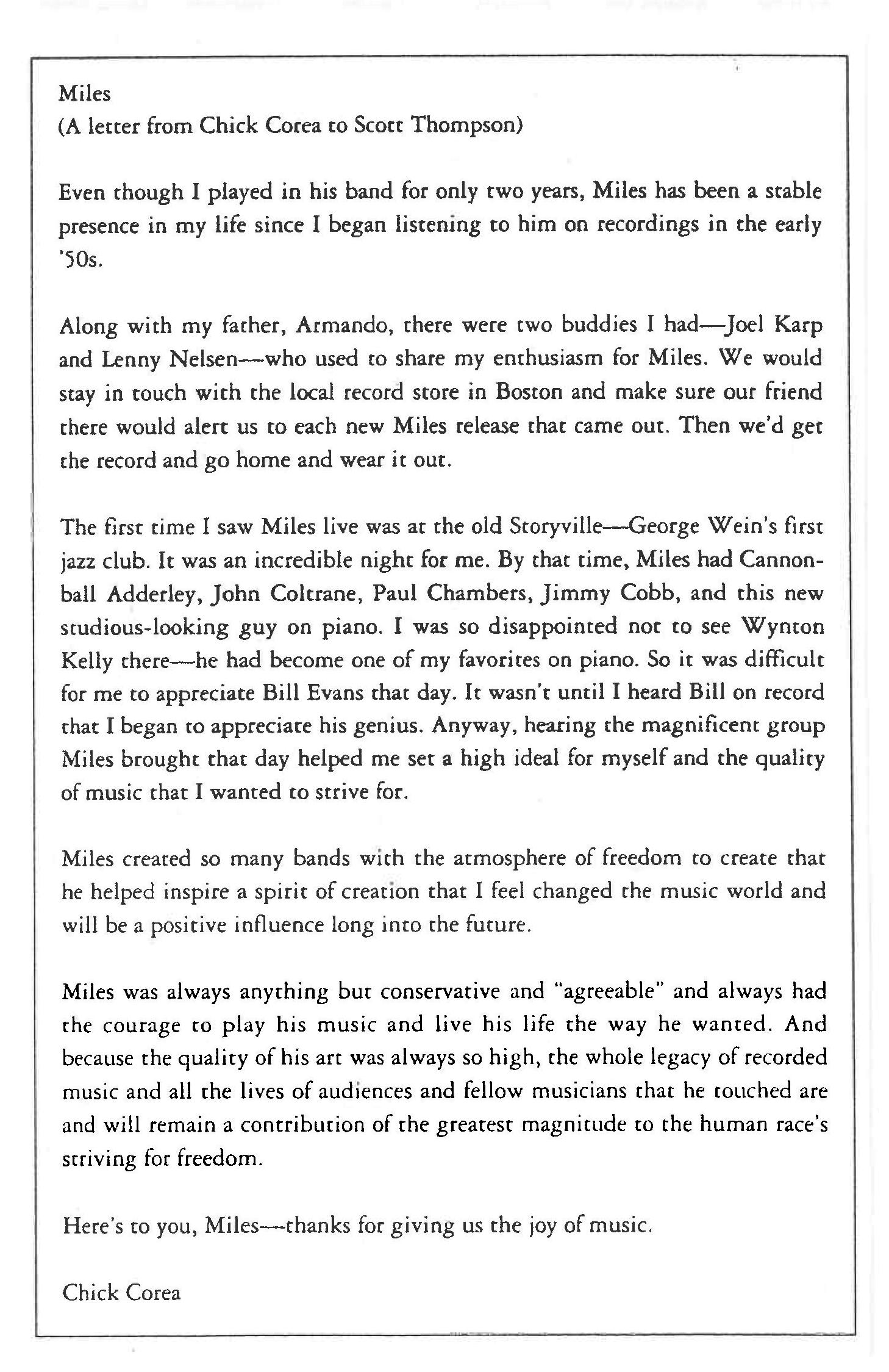 Miles (A letter from Chick Corea to Scott H. Thompson)

Miles Davis died at age 65.  He is buried at Woodlawn Cemetery.  Duke Ellington is nearby. Miles Davis birthday is May 26 and he would have been 92 this week. 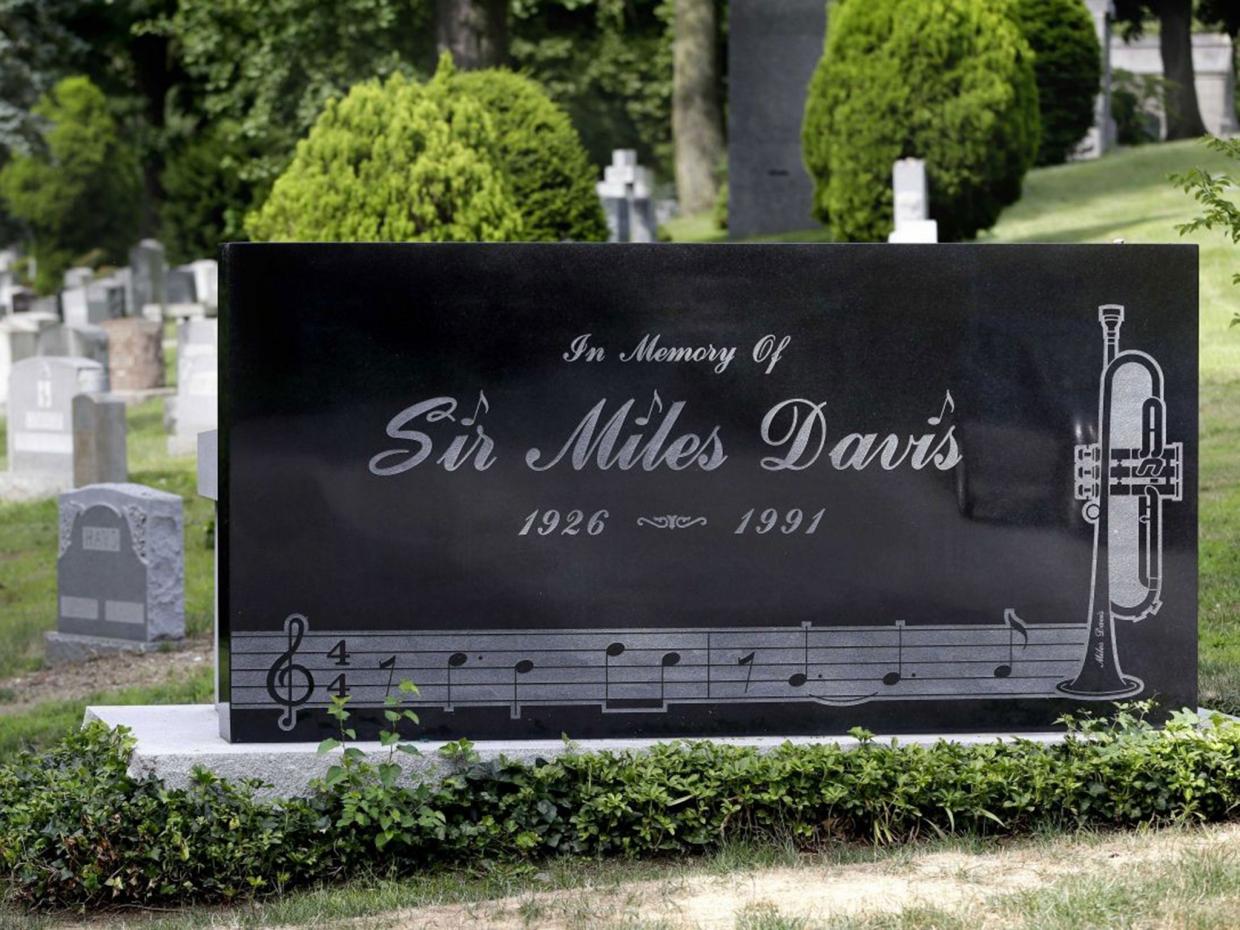 A prolific writer, Thompson has contributed to DownBeat, JazzTimes, Jazziz, JazzInEurope, and the All Music Guide.  He penned the CD liner notes to Herbie Hancock Head Hunters, Weather Report 8:30, George Duke Brazilian Love Affair, Stan Getz The New Collection, The Essence of Maynard Ferguson, and The Essence of Al DiMeola.