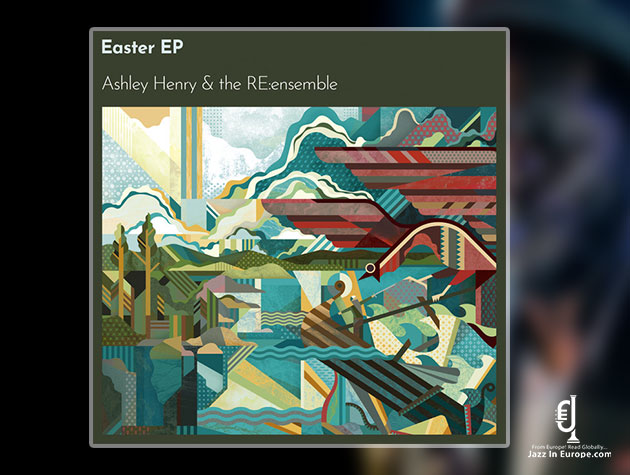 One word: a brilliant little package of wonders.

From a cleverly covered and arranged NAS piece, “The World is Yours (originally on the mighty 1994 Illmatic album) to some very creative compositions, like the title track “Easter” and “Pressure” an arrangement of the song by The Enemy, this EP starts in 5th gear.

“Easter” is a brilliant example of how, in 6 tracks, Henry & co (saxophonist Jean Toussaint, Daniel Casimir on double bass, the poet Anthony Joseph to name a few), manage to show their utter talent, writing, arranging, singing and ultimately putting together a mini jewel. Let’s mention at this point, the beautiful Cherise Adams-Burnett’s vocals which highlight even more the craft and originality of the album. Her voice struck me a few years ago when I first saw her at Ronnie Scott’s perform as part of the Trinity Laban Jazz gig (February 2016). I wrote at the time in another magazine and re-quote now from that particular gig review: “All eyes and ears were also on the vocalists. My other notable vocalist is Cherise Adams-Burnett. At the start of Ellington’s “Caravan”, for example, shivers go down my spine; this girl is breaking grounds with a voice that scatters perfectly and a power that would melt titanium!”

But back to the main protagonist: Ashley Henry.
I can only say that his mini album has been on repeat a good few times already, so I am definitely looking forward to his first studio album in the Spring and will promptly report back.