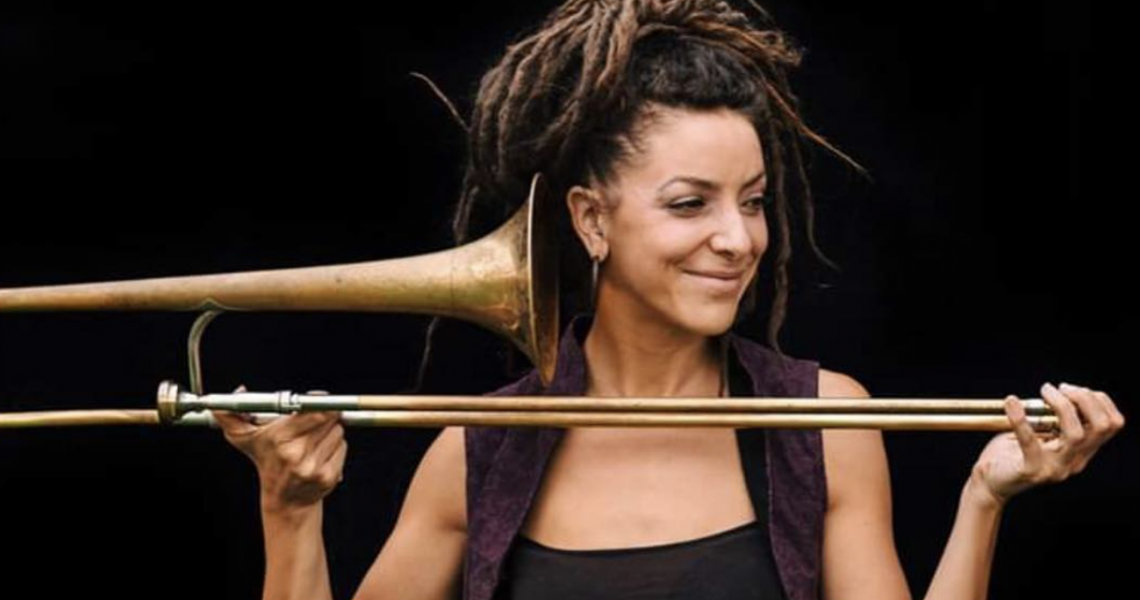 London-based trombonist and composer, Laura Impallomeni is set to take the stage at this year’s EFG London Jazz Festival alongside Women in Jazz Media. Anticipating her exhilarating performance with her own quintet, I wanted to have a chat and get more of an idea of the kind of music she would be playing, along with how her musical journey has led her to this impressive point in her career… 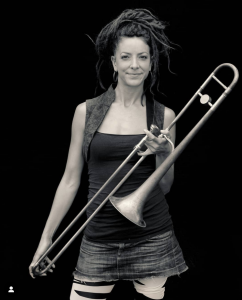 Firstly, how does it feel to be performing at the London Jazz Festival?

I’m so excited and honoured to be playing my original music with my quintet! It is a dream that has come true, after years of dedicated hard work and passion! I have played the festival before, but this is the first time that I will play it with my quintet and my own compositions! So, it feels like a totally different experience and one that I am truly grateful for! There are so many incredible musicians playing at the festival this year (and every year!!). I feel so humbled and honoured to be on a line-up next to such high calibre creativity and musicianship!

What kind of repertoire are you bringing together for the gig?

I have planned a night of music composed by jazz trombonists! So, the repertoire will feature some of my own original contemporary jazz, alongside various compositions by legendary jazz trombonists such as J J Johson, Jimmy Knepper, and Melba Liston.

I’ve seen that you play a wide range of musical styles, from Jazz and Swing to Afro-beat and Reggae. Which genre or style do you feel most relaxed playing in a performance setting? Do you have one that you enjoy playing the most?

That’s a great question!  Rather than being genre specific, feeling relaxed with the music/ on stage relates more to how prepared I feel for the concert, the musicians that I am performing with, and the sound on stage.  Furthermore, I find that each day is quite different in terms of my capacity to reach a flow state when playing, due to factors such as how rested or busy I am, my emotional state, and how my chops feel on the day! So, there isn’t really a simple answer to your question! I love playing all of the music that I play.

I collaboratively compose in some of my bands, but with my quintet, we will play my own original music, which feels different and very special! I feel proud and excited to have reached this point in my creative trajectory! I have loved composing and rehearsing this music, and plan to create more! So I intuit that moving forward from here, it could well be that this becomes my favourite music to play! 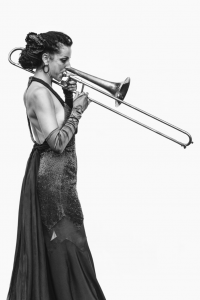 Could you tell me a little bit more about your musical journey and some key experiences or individuals that have helped you get to where you are today?

Well, I am quite unusual in that I started music very late. I played piano and flute very, very briefly when I was a child, but I didn’t connect with it as I couldn’t read music and did not feel inspired by the classical music that I was exposed to.  So as a young person, my creativity was expressed through the visual arts, drama, and design! I really wasn’t interested in music.

At 25, following a freak incident in India where I was struck by lightning during the monsoon season (which is a whole other story, that is true!!) I suddenly became absolutely obsessed with learning music, much to my friends’ and family’s confusion! It was like I became possessed with this unquenchable desire to know what it felt like to play an instrument. I brought a guitar and within a year had moved to Granada in Andalusia to study Flamenco. Whilst living out there in a cave (another strange but true story) I was given a trombone. When I finally picked it up to give it a go, at age 30, I was immediately invited to join a horn section in a reggae band. I loved it and became completely hooked!

I could not find a decent jazz trombone teacher out there, so I decided to move back to Brighton in the UK to find a suitable teacher. I signed up for the infamous BTEC in jazz at Chichester college, during which I had regular lessons with the wonderful trombonist and educator Mark Bassey. He inspired me to go for it, and so I did!

Whilst living in Brighton I met some amazing musicians, with whom I played in various projects ranging from Dub to afrobeat, Latin jazz, big bands, sound systems, and experimental projects! I jumped at every opportunity that came my way.

In 2015 a very dear friend of mine passed away, from cancer, aged only 29. In the aftermath of her passing, I felt so aware of the fragility of our lives, and how we tend to take them for granted, often making decisions out of fear rather than love. As I meditated on her passing, and the gift of my life, I asked myself ‘“What is your biggest dream? If you had no fear of failure, rejection, and so on, what you do?” The answer that came to me was ‘Study jazz seriously”. And so with that, I contacted Trinity Laban, a music conservatoire in London that a few talented musician friends had studied at. I didn’t know what course I was applying for, I just wanted to find out if there were any options for an adult learner like me! The head of jazz called me up and invited me for an audition, and before I knew it, I had been offered a place on the MMus! 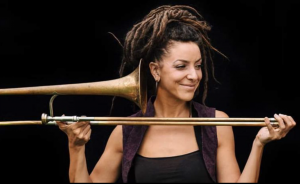 During my time there, I studied with some amazing musicians such as Richard Henry, Byron Wallen, Larry Bartly, Trevor Mires, Mark Lockheart, Gareth Lockrane, Malcolm Earl Smith, Winston Rollins, Julian Siegel, Asaf Sirkis, Liam Nobel and so many others! The course and environment were so challenging, as I started there at age 34, after only 4 years of playing the trombone!  Whilst most of the other students were male, 18-22, and had grown up playing their instruments. It was one of the most challenging and transformative experiences of my life. I worked so hard and proudly graduated in August 2020 with a Distinction.

How did it feel to recently become part of the Women in Jazz Media Team? 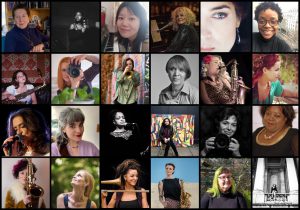 It felt like an enormous blessing and an absolute honour! When they asked me to come on board I was leaping up and down with excitement, gratitude, optimism, hope, direction, enthusiasm, and bountiful creativity! Women in Jazz Media is such a fantastic organisation, formed of some incredibly inspiring women! It is an amazing community of talented strong ladies. I am so excited to learn from all of the powerful women on board! I feel so lucky and so proud to be a part of it.

What kind of original music are you working on at the moment? What can your listeners expect to hear from you in the future?

I have composed a diverse collection of original works that I will perform at the London Jazz Festival with my quintet. My compositions draw on many of my musical influences and passions, which range from contemporary Jazz, Ethio and afro-jazz, Konnakol, unusual time signatures, synths and so much more! I have composed all of the music for trombone, tenor sax, keys, bass, and drums, however, some feature double bass and piano, whilst others are for heavy synths and electric bass, which obviously completely changes the vibe! We are booked into a studio to record them shortly after the festival, so keep your eyes out for my debut album that will be released this year!

Which other fellow musicians at the festival are you keen on going to see? 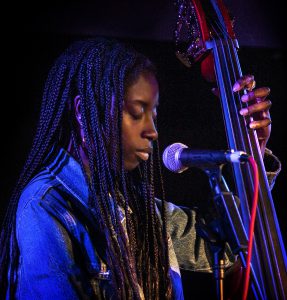 I am planning to see my incredibly talented friend Emma Rawicz play at the Jazz cafe. I am also planning to check out the drummer Jas Kayser, as I have never seen her live. I’d love to see Fatoumata Diawara and catch Xhosa Cole and Amy Gadiaga. I’d love to see the Bad Plus if I can get hold of a ticket, and Abdulla Ibrahim too! I also plan to catch the mighty Mark Nightingale big band!

Laura will be taking the stage on Saturday 19th November, Toulouse Lautrec, at 8:30 pm, with doors opening at 7:00 pm.