The great bassist and composer Charles Mingus had his diehard supporters and detractors. His explosive intermingling of devil may care attitude, imposing character and aggressive music was sure to rub some listeners the wrong way and was just as likely to attract adventurous fans. But his genius could not be denied; it just may have taken some time to break down barriers. 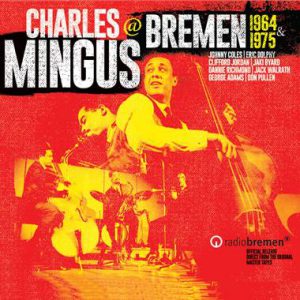 A good way to examine this change in listener attitudes is to investigate the differences in critical appraisals from two performances in the port city of Bremen, Germany, a decade apart. The initial performance in 1964 introduced Mingus’s firebrand ways to an unsuspecting audience while his 1975 appearance was met with the expectancy of jazz royalty. The performances appear in their first official release on Charles Mingus @ Bremen 1964 & 1975. There have been quite a few recordings from Mingus’ European tour of 1964, many of them bootlegs, however, this previously unreleased material is properly presented, licensed and remastered from the original source tapes.

Though Mingus was no stranger to Europe (he had notable appearances in Antibes in 1960 and London in 1961), his 1964 European tour has gone down as one of the most momentous in jazz lore. The tightly scheduled trip that was booked and overseen by soon to be impresario, then tour manager and agent, George Wein saw Mingus criss-cross the continent during the middle to late April. Mingus’s performance in Bremen was his first ever in Germany.

The ensemble that Mingus travelled with was arguably the best he ever assembled. This Sextet included tenor saxophonist Clifford Jordan, trumpeter Johnny Coles, pianist Jaki Byard, the ever-present drummer Dannie Richmond and, maybe the most polarizing of the bunch, woodwind master Eric Dolphy. Famously, this tour was Dolphy’s last foray with Mingus, as he intended to settle in Europe, only to pass away unexpectedly on June 29, 1964, in Berlin, likely due to a mistreated diabetic episode.

Mingus and company were met in Bremen on April 16th by a sold-out crowd of 220 listeners. enticed by enthusiastic radio and print advertisements, at Radio Bremen’s Studio F, a historic room built in 1951 and used until 2007. The music from that concert was expectation shattering to many listeners, many of whom had not been prepared for the leader’s brash mixture of classic jazz vocabulary with the most avant-garde styles of free jazz, or what was then being labelled “The New Thing,” of which Dolphy was a figurehead of sorts. The audience was certainly not prepared for the music to begin 45 minutes late, which made them anxious, and then to experience Mingus’s antagonistic attitude toward them once the band arrived, only adding to the tension in the room.

It took over a decade for Mingus to reappear in Bremen for his highly touted performance at the Postaula, an auditorium fitting an audience of 440 at the Oberpostdirektion, which was owned by the Post Office, and its “Forum Junge Musik” series presented by Radio Bremen on Wednesday, July 9, 1975. 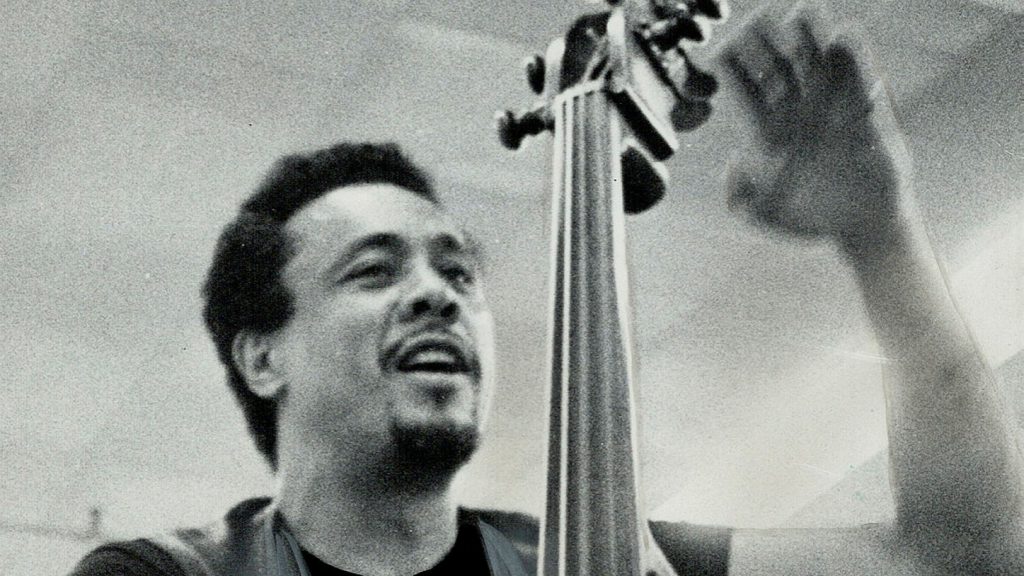 Mingus, for his part, had had a busy two or three years after coming out of semi-retirement in 1972. Having experimented with a number of ensembles, he had finally found a working group that fit his extravagant musical tastes. The Quintet that he took to Europe twice during 1975 included tenor sax great George Adams, trumpeter Jack Walrath, pianist Don Pullen and the ever-ready Dannie Richmond on drums.

The Bremen audience was prepared for Mingus this time. The local radio station, Radio Bremen, had been playing the bassist’s music and the local press had announced the concert regularly in anticipation of the concert, so when Mingus and company arrived, they were able to get right down to business.

Once again, the Quintet had a rehearsed set of music that would be performed in different combinations and arrangements. Most of the pieces were recorded in December 1974 by this ensemble for Atlantic Records and would be released in the fall of 1975 as Changes One and Changes Two.

Both of Mingus’s performances in Bremen, presented here on Charles Mingus @ Bremen 1964 & 1975, are incredible marathons of brilliance from the top musicians of two decades. The performances don’t show a wilting in the passion of the leader. A decade apart, the performances are every bit as cutting edge. The only thing that seems to have changed was the attitude of the critical mind, as ten years of achievement had cemented Mingus’s legacy in Europe.