Behind the Lens: William Ellis & OneLP

For this editions “Behind The Lens” feature we have departed from our usual format and feature a unique project from British photographer William Ellis titled “OneLP”. As a photographer, William needs little introduction. His work has appeared in many of the music worlds most respected publications and hie work has been exhibited in the UK, Europe, Asia and the United States. His “OneLP” project focuses on one single question, “What is the album that has impacted you the most?” So far, William has asked this question of countless musicians in the United States and the UK with Europe being the next cab off the rank.

Recently we had the opportunity to speak in detail to William about this project and his career to date. In addition, William allowed us to delve through the many portraits captured so far in the series and curate a selection to be published here. So with no further ado, please meet William Ellis and the “OneLP” project.

Jan Veldman: Hi William, thanks for taking the time to speak with me. To start off, can you tell us a little about your background, how you came to photography and in particular, music photography? 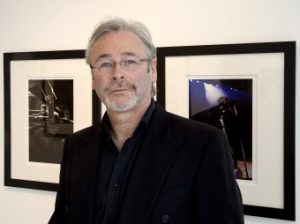 William Ellis: Your welcome and thank you, well, the first exhibition I went to was by the great Bill Brandt. I was 17 years old and it was just a few days after getting my driver’s license. With all the hubris of youth (and of course without telling anyone about my expedition), I set off in the snow across the Pennines to Chesterfield. It was certainly worth the trip, I’ve never been the same since, such was the impact his work had on me.

The exhibition was “The 23 photographers: 23 directions” at the Walker Art Gallery, Liverpool in 1978. It included a diverse collection of work by people like Duane Michals, Ralph Gibson and Lee Friedlander. I later found out the exhibition was apparently funded by the CIA as a strategy to promote American contemporary culture. I thought that was quite remarkable.

I was really driven by the music and had a fascination with the people that make it. I believe that musicians, like all artists, are a kind of messenger. They connect us with another world in a way that’s indefinable.

I remember around that time seeing the Mark Rothko “Seagram Murals” at the Tate Liverpool and “The Art of Photography” at the Royal Academy of Arts in London. I was really educating myself in art history. This wasn’t a conscious action, it was curiosity and I think, in common with most people, searching out anything connected with what you do and what you would aspire to do is interesting. History is there to show you that there are many trails to follow.

JV: In your portfolio there is a classic photo of Miles Davis. Is there a back story here?

WE: There certainly is! My big break was photographing Miles Davis in Manchester in 1989. I was working in the photographic industry while at the same time freelancing in music photography. When I found out that Miles was coming to the UK, I tried all my contacts to get accreditation – newspapers, magazines, TV but of course, their staff photographers all wanted any available photo passes to shoot Miles.

Eventually I managed to track down the promoter. I really don’t remember how, there was no internet then of course. I called him and I pretty much begged for a pass and eventually he agreed and left a pass at the box office. Hand written on it was permission to shoot for the first three pieces. I turned up covered in Nikons, my Hasselblad and enough film to shoot “Gone with the Wind”.

So there I am, five feet away from a genius. Miles did his trick of walking to the edge of the stage when he saw the photographer using a long lens. That made it almost impossible to switch to a wide and get the close up while he was right in front of you. I think he had a lot fun doing that, and why not? There were two photographs that really stood out for me that night – I could almost hear the light hitting the film.

JV: Where did the concept for the ‘OneLP’ project come from?

WE: I had spent a lot of time speaking with musicians, usually in the bar after a gig. More often than not, music is the subject. I have always sought to make pictures that were truly my own and the portrait to me is by definition the most unique and intimate encounter. But, I wanted to do something that was original and a step beyond that, something that gave the musician a voice.

It had to be a portrait and there had to be a narrative of the musician’s thoughts. I didn’t want it to be a conventional journalistic series – a photograph with an interview that covered a number of subjects. I wanted something that would be sharp and to the point and “OneLP” was the format I devised. 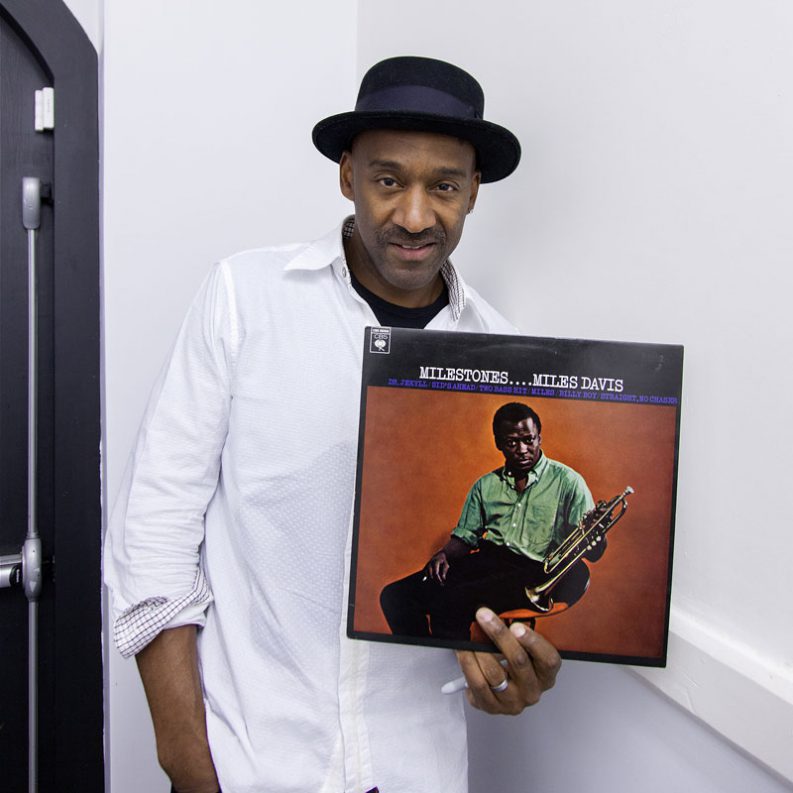 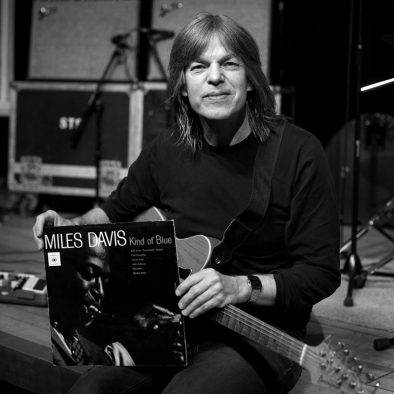 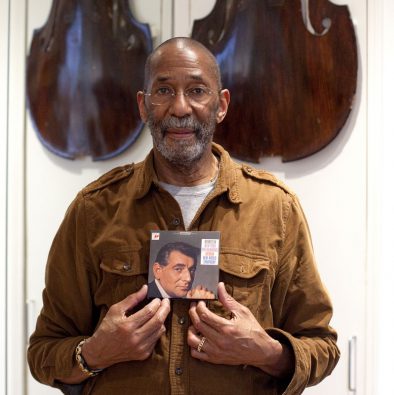 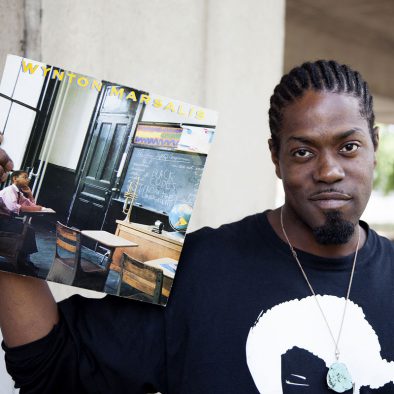 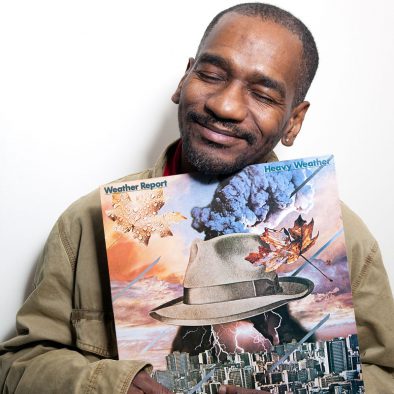 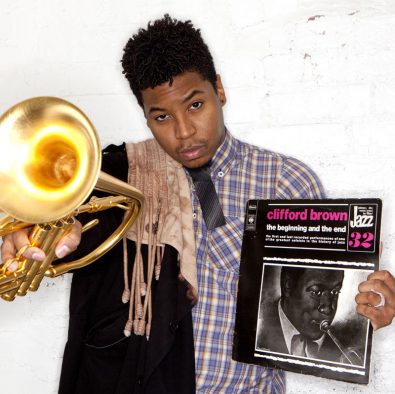 JV: The premiere exhibition was held in New York at the ARChive of Contemporary Music. How did this come about?

WE: Well, a good friend of mine, Jill Furmanovsky (founder of Rockarchive, the music specialist gallery that represents some of my work), introduced me to the rock photographer Lynn Goldsmith. I wanted to invite Lynn to be included in the project and she suggested meeting at ARChive in lower Manhattan for the session. Lynn introduced me to the director and co-founder of the archive, Bob George, who had kindly agreed to allow us to shoot.

We did the session in their window display with Lynn’s brilliant portrait of Frank Zappa unfortunately just out of shot. Afterwards Bob showed me around the ARChive, amazing – they have over 3 million LPs and numerous music related artefacts. I invited him to take part as well in the project. On the next day, I had a session booked with Bob Gruen, John Lennon’s ‘official’ photographer in New York. You know, it’s great working with other photographers, the’re so laid back and absolutely in the moment.

Anyway, a few days later I went back to the ARChive to do the session with the director Bob George. In the meantime he had looked at the “OneLP” website and was so taken with the project that he kindly invited me to exhibit there. That’s how it all came about. The exhibition was very well received and attended. It also generated some very good press including “Time Out New York” who wrote: “British photographer William Ellis is perhaps best known for his impeccable photos of jazz musicians. Truly cool interactive exhibits like this that combine multiple art forms don’t come around often.”

JV: Since then I believe there have been a number of other exhibitions throughout the world, what is the future for the ‘OneLP’ project?

WE: The project is ongoing and I have been commissioned by Birmingham City University to produce a series of “OneLP” focusing on reggae. The reggae set was produced in Birmingham, London and New York and was exhibited at the Sixth Global Reggae Conference in Kingston Jamaica in 2019.

We also did a variation on the theme, “One 45” for a book on Northern Soul, the dance culture which is based on the 45rpm single.Back to jazz, don’t forget that I still have plans to document European musicians, it’s a work in progress so stay tuned.

JV: Many of the photos presented in the series are very personal, how did you gain access?

WE: Yes, a number of the sessions took place at the subject’s home. Annie Ross, Sheila Jordan and Ron Carter for example. I approach artists in different ways. Sometimes via a venue where the artist is appearing and often via their management. Word of mouth also plays a big role, I’ve been very fortunate to receive a great level of support.

I’ve photographed extensively in Los Angeles where we did Kenny Burrell, Bennie Maupin, and the great arrangers Vince Mendoza and John Beasley respectively. This was all thanks to my very good friend Bob Barry, one of America’s leading jazz photographers, who has introduced me to so many great LA musicians. Bob and I, along with the much missed Belgian photographer Joss Knaepen, have presented joint exhibitions in the UK and US including the American Jazz Museum in Kansas City.

I remember inviting Herman Leonard to the opening, he replied saying he couldn’t attend but sent me a lovely note which read: “Beautiful images; glad to see someone younger has the eye. All the best Herman.” I’m a little older now but that message still means as much to me now as it did then.

JV: To finish up, What’s left on your “Bucket List”?

WE: Well, as I mentioned above I want to create a series on European musicians and I’m seeking opportunities to do this. Also on the list is a book (or two or three) and another 25 years hopefully!

JV: Thanks William for taking the time, I appreciate it and I know our readers are going to enjoy this. Good luck with the rest of the project.

WE: Your welcome and that you for giving the project some attention.

This article is an abridged version of the full interview that appears in the Spring 2020 edition of the Jazz In Europe print magazine.

Also included in this edition are interviews with Cyrille Aimee, Ray Gelato, Dave Holland, Jason Miles and Sem van Gelder. We take a look at Bitches Brew, 50 years on. Tony Ozuna presents us with a look at the Czech jazz scene from it’s origins behind the Iron Curtain to the present day. This editions label feature takes a look at ArtistShare Records.