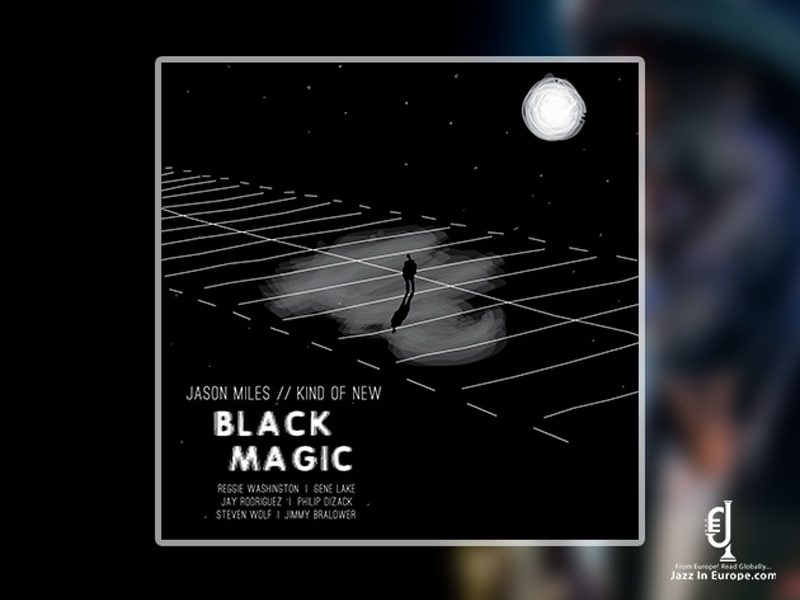 Following up on his “Kind of New” and “Kind of New 2 – Blue in Paris” albums, pianist Jason Miles will release his new album titled “Black Magic” on the Ropeadope Label on the 6th of March.

For Jazz In Europe readers, Jason Miles needs little introduction however perhaps a short recap of his credits for new readers may be prudent. During his career Jason has worked either as a producer or keyboardist with most of the giants of the music industry however this aside, it’s Jason’s work with Miles Davis that he is best known for. Jason was responsible for the bulk of the Synth work on the album Tutu and has been called the “third major element behind the sound of that album” of course meaning Miles Davis, Marcus Miller and Jason Miles. With the success of Tutu it’s not surprising that Jason also played a prominent role on Davis’s follow-up albums Siesta and Amandla.

After the release of “Kind of New” and “Kind of New 2 – Blue in Paris”, the last recorded in the “City of Light” just after the 2015 terrorist attack, Jason decided to tour the project through Europe hitting most of the continents major venues and playing largely to packed houses. On the tour, Jason was accompanied by trumpeter Theo Croker, Gene Lake, Reggie Washington and Jay Rodriguez, a group that truly understood Jason’s musical mission. “I knew after the tour that we had to continue this journey and that another album needed to be made. The music had to go to the next level to keep the project alive. Sounds cliché but that is a necessity to move on” explained Jason. With the band members geographically dislocated putting the band together for the recording was proving to be a challenge however when Jason learned that Reggie would be in New York over Christmas 2018 Jason seized the opportunity and went about putting the band together for live recording.

Jason went on to say “Unfortunately, Theo was not for available but being the professional that he is, he recommended another great trumpet player, Philip Dizack. With no rehearsal, we went into NuBlu, the hip east village club, and did an absolutely slamming set that I was able to record. The concept now was to come up with new studio tracks as well.” In Feb 2019 Jason caught a Herbie Hancock gig at the Bergen PAC in New Jersey. After the concert, Jason returned home inspired “I spent the next week in my studio determined to reach deep down inside to write some new music and it was a success. I got Philip, Jay, Reggie and Gene to participate in two new studio tracks and called my friends Steve Wolf and Jimmy Bralower (two of the best drum programmers in the world) to give me a couple of new grooves that I could perform two solo pieces on. A couple of weeks later everything was done with 6 new studio tracks and 4 live tracks from NuBlu. After tweaking the mixes with Bralower at his studio and giving the project to Mike Fosenkemper at Turtletone studios to master, the musical vision was complete”.

“My entire career as a keyboard player/synthesizer programmer has evolved with a certain kind of magic so I decided to call the album BLACK MAGIC”.

The album will be available on the 6th of March and keep an eye out for an extensive interview with Jason in the Spring edition of the Jazz In Europe Magazine.