She has been called “the High Priestess of Psychedelic Arabic Jazz” by at least one rave reviewer, as a
trumpet and flugelhorn player more influenced by Mulato Astake’s deep Ethiopian groove (Ethio jazz)
and traditional Arabic rhythms, than funky Arabic groove, clearly Yazz Ahmed has a sound of her own.

Yazz Ahmed is a young British-Bahraini trumpeter with two releases as a leader: “Finding My Way
Home” (2011) and “La Saboteuse” (2017) recorded on Suntara Records and Naim Records. The first release had ten
contributors, including clarinettist Shabaka Hutchings from Sons of Kemet, and bass guitarist, Janek
Gwizdala, friends of hers that she met while studying at the Guildhall School of Music and Drama in
London. “La Saboteuse” was recorded as a septet. For her European tour in March, she’ll perform as a
quartet with Ralph Wyld on vibraphone, David Manington on bass, and Martin France on drums. 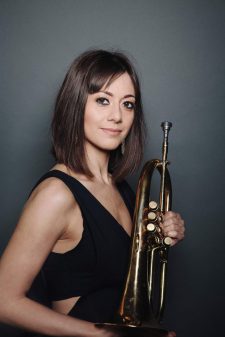 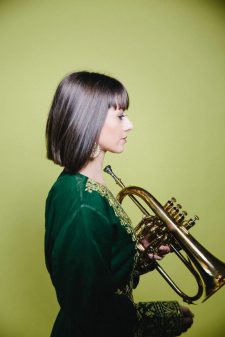 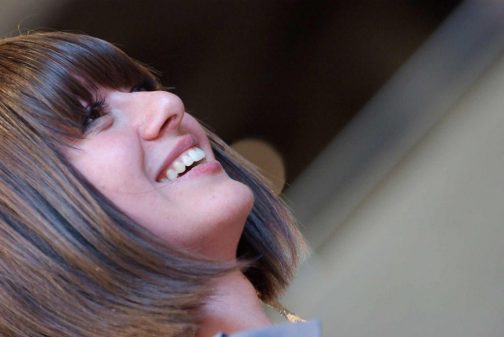 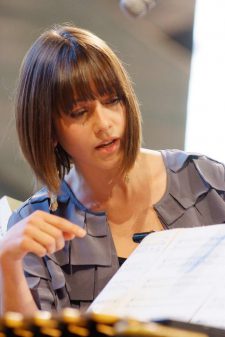 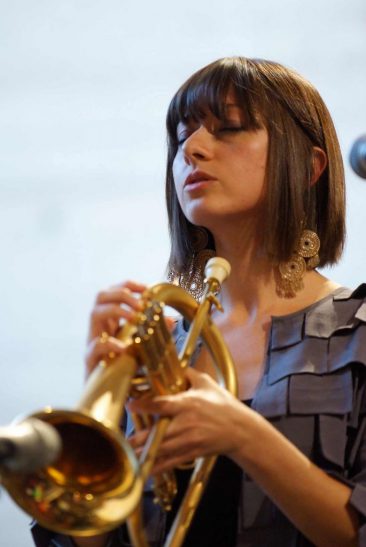 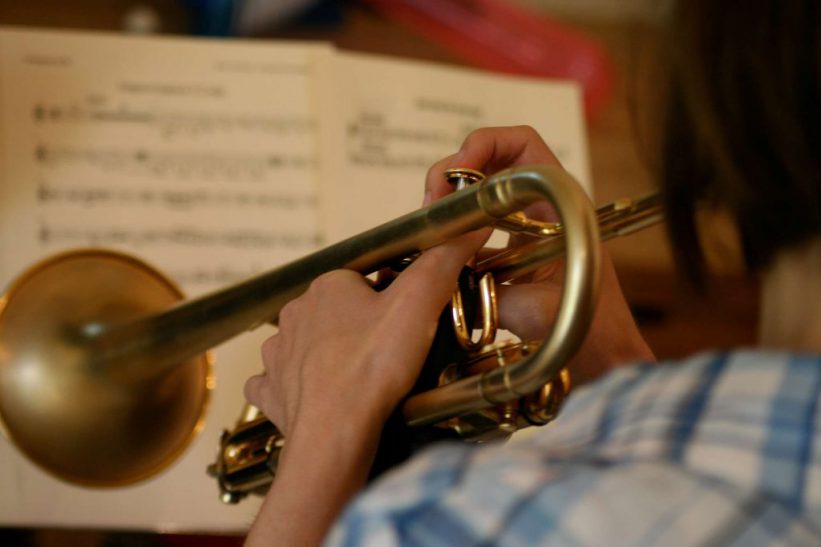 Yazz plays contemporary jazz with the use of electronics and effects for sound manipulation, and so in
this way her best songs on “La Saboteuse” are closest to the Swiss-born Frenchman Erik Truffaz, that
mild-mannered maestro on trumpet whose sound is huge, mellow, and slow-building to a sonic trance.
It would be interesting to hear her collaborate with male vocalists as Truffaz has been doing for years.

This might be inevitable too since she has recorded and performed with a good number of non-jazz
acts, most notably Max Romeo, Lee “Scratch” Perry, the Manic Street Preachers, Joan The Police
Woman,  Jools Holland, Radiohead, and the art-rock band These New Puritans. She also plays regularly
with the London Jazz Orchestra, and Gary Crosby’s London-based jazz-reggae group Jazz Jamaica.

Yazz has said that classic British jazz was a huge and early influence for her since her grandfather,
Terry Brown was a jazz trumpeter who played with British jazz stars, Tubby Hayes and Ronnie Scott.
She says that she even took up the trumpet inspired by her grandfather and the stories that he told her.

In 2018, Yazz released an EP of remixes from “La Saboteuse” bound for the dance floors featuring
collaborations with Hector Plimmer, DJ Khalab and the Portuguese DJ collective Blacksea Não Maya.
And she should be completing her third album, “Polyhymnia” due for release sometime in 2019.