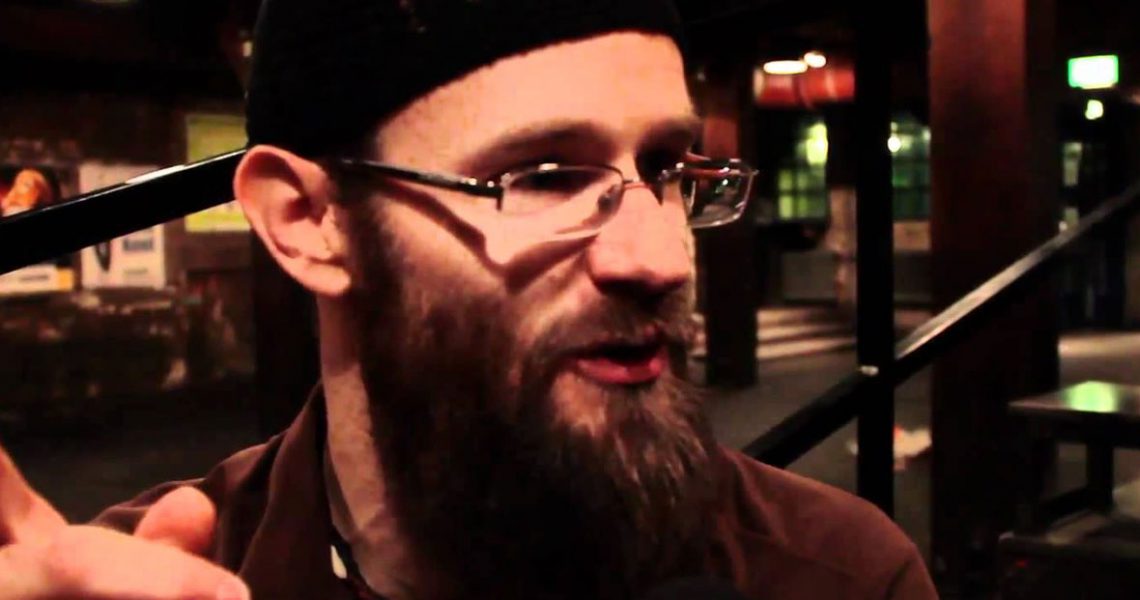 Interview with Harrison Stafford of Groundation. The Next Generation

Over the years jazz has been fused with many other genres, however, one genre that doesn’t immediately spring to mind is reggae. This is not the case with LA-based band Groundation since the band’s formation in 1998 Groundation has built a large fan base and toured the world with their jazz-infused reggae.

The band’s founder Harrison Stafford stems from a musical family with his Father a jazz pianist and his grandfather a saxophonist. Eventually, this led Stafford to study jazz performance at the Sonoma State University where he honed his skills for composing, arranging and producing. The formation of Groundation brought together Staffords two musical passions, Reggae and Jazz and over its two decades of existence developed a unique sound that has been documented on 8 albums. Recently the band returned from a three-year hiatus with a new line-up, album and rigorous touring schedule.

Last week saw the release of the new album titled not surprisingly “New Generation” on French label Baco Records and in October Groundation will tour Europe for the first time with the new line-up. Recently I had the opportunity to speak with Harrison about the new album, the tour and a great deal more.

Andrew Read: Can you tell us about the origin of Groundation?

Harrison Stafford: Groundation is from the California Bay Area. I formed the group in 1998 as a roots reggae band with jazz influences such as polyrhythmic and non-diatonic ideas that feature long extended improvised solos. I saw an article once that described the sound as Burning Spear meets John Coltrane. The original members were at the Sonoma State University jazz program with me so they were all very talented and skilful musicians and that level of musicianship is required from the musicians to execute with comfort this fusion style of music.

AR: My father once said it doesn’t matter where jazz is going as long as it takes the tradition with it. How does Groundation integrate the jazz tradition into Reggae?

HS: Both jazz and reggae are rebellious sounds born out of the talents and gifts of the underprivileged. Typically musicians don’t choose these genres looking to be a star or to have millions of dollars, they make the choice because the music calls them to the mission. As Groundation we are musicians playing our instruments live for the album and recording on the 2”analogue tape machine performing the song from start to finish. No fixing, no copying and pasting parts. Like the great jazz musicians of the past, we are committed to pushing the boundaries and often times abandoning the “normal” ideas found and expected in the music. As a live band we emphasize improvised solos that tell a story and take the listeners on a journey, and at times we’ll have almost group solos and moments of collective improvisation.

I was born into jazz music with my father a piano player and grandfather a saxophonist. I love jazz music and the first song on this new record is honouring the great jazz big bands from the likes of Duke Ellington and Count Basie with a reggae “big band” 12-horn arrangement called “Vanity.”

AR: The band has recently re-emerged from a 3-year break with a new album and line-up. What was behind this?

HS: After trying to work things out with some of the former members, specifically with the two members who were there from the start, there was just too much controversy to continue and they decided to move in a different direction. I saw then that the only way forward for Groundation was with new members. I knew that the story with the group and this specific style of reggae was not over and I took the time in those three years to compose the new album “The Next Generation” and start the group anew with a fresh positive vibe, honouring the great sound set by the musicians of the past and ready to take the energy into the future.

AR: The new album “The Next Generation” is set for release ahead of the European tour. Can you tell us about the album and the music contained on it?

HS: There is a lot of music presented on “The Next Generation” from the opening 12-horn arrangement of “Vanity” to the final gentle acoustic ballad “Father & Child”. The polyrhythmic side of the sound is found most notably with the 6/4 African circle rhythm of “My Shield” and the 7/4 militant Nyabinghi song “Prophets & Profit”. Of course, powerful solos by the guitar, B3 organ, clavinet, rhodes, saxophone, trumpet, trombone, bass, and drums are highlighted throughout.

Lyrically the concept takes up after the previous Groundation album “A Miracle” which was an honouring the female spirit, the Mother of Creation and from man and women comes the child, the next generation. So this record is really about the tools we are trying to pass on to the future generations to give them hope and strength for the road ahead and also to state clearly the wrongs that humanity continues to inflict on themselves and the need to stop this and for us to do the right thing for the preservation of life.

Putting the album all together “The Next Generation” was brilliantly recorded using 1970s analogue recording technology engineered by the great Jim Fox.

AR: The album features a new line-up, do you feel the change in personnel has had an impact on the musical direction of the band?

HS: I don’t think that the new musicians changed the overall direction of the band, but certainly their talents define it and together we crafted the final versions. There are however two big influences on the record that stand out; the B3 Organ player Wil Blades and lead guitarist Eduardo Gross. Wil really is a star jazz musician who has won the up-and-coming B3 Organ award from DownBeat Magazine for many years so that level of talent really sets a high standard for the rest of the musicians to live up to. The sound of the lead guitar has not really been highlighted on any past Groundation albums. I recorded all the guitar parts and typically I would solo over certain sections that were left open in the arrangements while also giving maximum space to highlight the other soloists. “The Next Generation” is the first Groundation record that features a lead guitarist on all songs.

AR: The band is about to embark on a tour of Europe and I noticed that your playing in quite a diverse range of venues. Have you noticed a difference in the audience reaction between the more eclectic rooms as opposed to the more traditional jazz orientated room?

HS: We never really performed in jazz orientated rooms as Groundation is a heavy electric sound. From what I remember it was always nice when the audience was attentive and listening.

AR: Earlier this year you released a Dub version of the 2001 album “Each One Teach One” by Californian producer King Robby. Tell us about how the project came about and the thinking behind it?

HS: The idea was to re-experience the 2000 Groundation album “Each One Teach One” an album that I tried to mix 4 different times and was never happy with. Once the original tracks were transferred from the analogue tape into the digital I realized that today having certain options like endless track space and 100% recall on mixes the album could finally reach the sonic levels I was searching for. Out of that came the possibility of a re-release with new mixes and “dub” versions of the songs to give the fans a little more insight to the nuances in the sound. King Robby is a childhood friend of mine and he has a wonderful ear and great talent for a balanced and dynamic mix, not to mention he is a dub master.

AR: A great deal of the band’s music deals with important social issues. Reggae has a tradition of speaking to social issues, do you feel that social commentary in music is still relevant in this day and age of Social Media?

HS: Yes reggae music has something to say and certainly there is a message towards social justice and equality. That is my music, a music with a message, and Groundation is focused on social commentary within the music in hopes to awaken the listener. We are dealing with social issues because we are social people believing that it really is one love, one heart, one aim, and one destiny.

AR: To finish up, What’s next for Groundation?

HS Of course onto more tours; South America, United States, back to Europe, Australia on and on…perhaps a live DVD. I also have ideas and beginning concepts for the next Groundation albums.