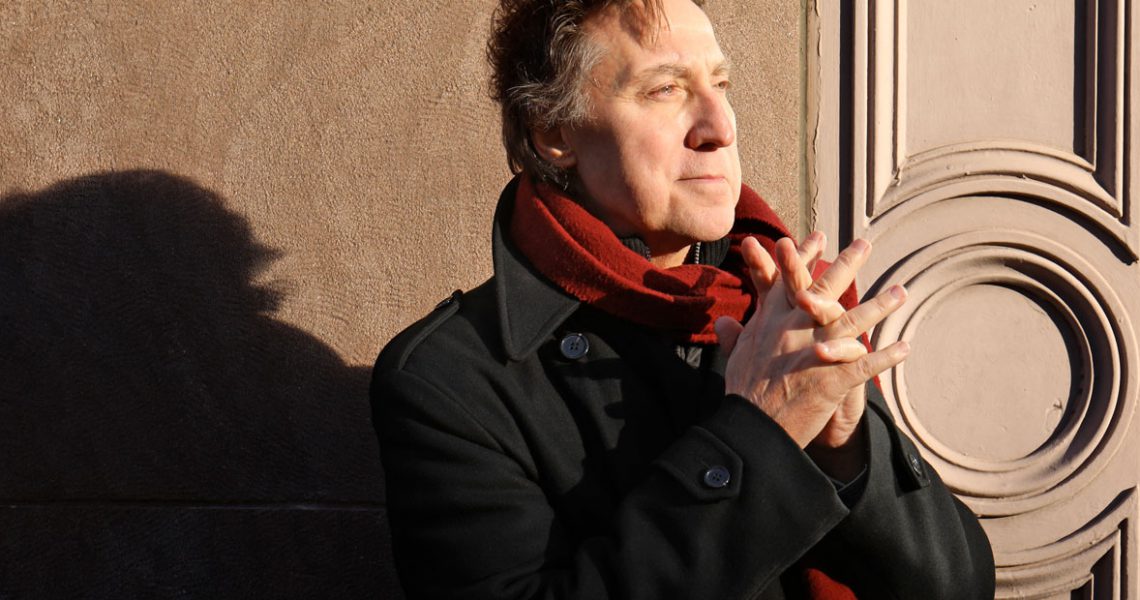 Paul Jost – Give me the Simple Life

For those among us who are not familiar with Paul Jost and his work allow me to bring you up to speed. Paul is a vocalist based on the east coast of the USA and is currently making waves on the New York scene. Although he released his début solo album “Breaking Through” in 2014, Paul is certainly no newcomer to the scene. Now in his early sixties, Paul spent the majority of his career working as a drummer, composer/arranger and sideman for an impressive list of artists. It was only in 2014 with the release of his first album as a leader that Paul began to focus on vocals as his main instrument.

With this in mind, I opened our interview by asking Paul, what prompted his change of focus to vocals? Paul replied “I think it’s just a time in my life and part of my journey. So many of the great singers I’ve worked with (Ed: Paul mentioned, Bobby Scott, Mark Murphy, Billy Eckstine, Frank D’Rone, Sylvia Simms, Ann Hampton Callaway, Joanie Somers, Fran Jeffries) have shown me the importance of the lyrics and telling the story. I think at this time of my life, with a point of view that’s been developing all these years as an instrumentalist, writer/arranger, husband, father and grandfather, that I can express myself more completely and connect with people in more than a singular way.

“I’m comfortable in my skin, never completely satisfied of course, but I’ve made friends with my own vulnerability and okay with expressing that openness now. I’m a grown man with a lot of life experience and not all from music. There comes a time you know. Like I could sing “Lush Life” when I was twenty but it carried a different weight then. Look, Strayhorn wrote it when he was what 16? “The Diviners” was written by Jim Leonard when he was very young, so I’m not saying you can’t go deep when you’re young. You can, and I have, that’s when some experiences (good or bad) can be the most compelling to deal with. Guess I’m just saying that with time, distance and life experience, you can preach from a different pulpit.” 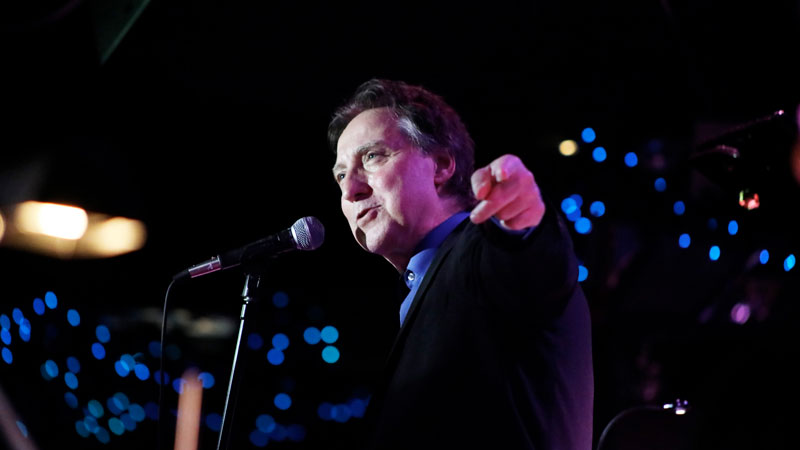 While researching for this interview I couldn’t help but notice that many people have commented on his instrumental like phrasing and rhythmic approach to melody. I asked Paul if he felt that his work as a drummer and instrumentalist had played a role in the development of his vocal style. He replied “Absolutely! I think all those experiences are inseparable. All little bits of clay, little bits of colour and textures that form us into what we are.”

Paul’s new album titled “Simple Life” is on the verge of hitting the market. Having heard the new album the first thing I noticed was that this album marks quite a departure from his début “Breaking Through”. Breaking Through, was recorded largely as a studio project using mostly session players whereas “Simple Life” is recorded as a band project with Paul’s working quartet.

When I asked Paul if this was a conscious decision he explained that it was definitely a conscious decision. Paul has been working regularly with his quartet featuring Jim Ridl, piano, Dean Johnson, bass and Tim Horner on drums and found it important to record the album with this line-up.

“One of the things I love about this quartet is they allow me to talk about what I had in mind with an arrangement; The feelings and journey that I was thinking about with the character. It helps so much with interpretation but only because they’re willing to invest in the music that way…so we tell the story together. It’s a drag sometimes to be with musicians who see that as “cornball romanticism” and just want to get to the notes.

“I never want the story to take a back seat. I’m sure I’ve developed this from so many of the singers I’ve played with. You know, really hearing them and trying your best to think compositionally. We all have a fingerprint and I’m not saying to suppress that, just that it’s about our conversations and what we tell together. Everyone in this group takes that approach. They’re all masters on their instruments and always aware. There are opportunities to blow and express ourselves telling individual chapters. It’s just that these great musicians also know that it’s not just about the notes and the skill set.” 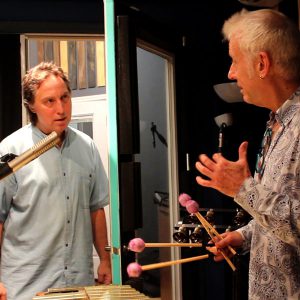 The album also features a guest appearance on four tracks from vibraphonist Joe Locke. I asked Paul about this choice and how it came about. He explained that Joe first heard the band at a gig in Red Bank and came up to him after the set. Paul went on to say “..we immediately hit on so many things together.” Sometime later, Joe called to ask Paul if he would guest for a few nights at his upcoming dates at Dizzy’s in New York and sing a few songs from his new album “Subtle Disguise”. “…of course I said yes! I was so honoured to be asked,” replied Paul.

Paul went on to say “Joe is just an incredible artist with vast experience and he always brings it to bear. I love his fire and also his lyricism and his beautiful sound. He’s such a passionate person and that always comes through in his music. I went to his house to rehearse and in this very first meeting, we were telling stories and both welling up at times. That might sound funny. Two grown men sitting around telling stories and shedding tears, but it was the openness and vulnerability I mentioned before.

“There’s an honesty and connection that can’t be dismissed. I think we fit each other’s music really well. When I finally finished the arrangement of “Blackbird” (Ed: Opening track from the new album) I thought it had Joe written all over it and his approach on “If I Only Had A Brain” is just beautiful. I told him he sounded like those “bubbles in a glass of champagne”. We all want to be prepared and sound good of course, but Joe was also instrumental in approaching some of my voicings with Jim and helping them speak in a beautiful way. He also had some great advice for me which he presented in the most respectful way, that I’m certain makes me a better singer. He cares about the music and the people around him.”

We moved on to talk about another project Paul did some time ago, re-imagining the music of Bruce Springsteen. The project was first commissioned by Michael Kline and the brief was to re-imagine Bruce Springsteen’s “Born to Run” album to celebrate the album’s 40 anniversary in 2015. The show would headline that years Exit Zero International Jazz Festival in Cape May New Jersey. Paul explained,

“It was Michael Kline who asked me to do this and it was a great opportunity to explore Springsteen’s music. I asked Barry Miles if he’d share the arranging duties with me, and of the eight songs he did three, I did three, we did one together and one we left as is. I put together a killer band with Jim Ridl, Tony Miceli, Chico Huff, Anwar Marshall & John Swana and we headlined at Exit Zero with Joey Alexander and it went over really well. Believe me, I was nervous about how it would be received”. I think it’s important to note here that this project is not what you would call a “Tribute Band” project. When speaking of the project Paul says his arrangements of the music on the original album push the songs out of the box, but they aren’t “science projects”.

He went on further to say, “I stay true to the intent that respects and honours Springsteen and his great lyrics, and I incorporated some of the musical lines so it remains familiar, but I was commissioned to re-imagine the work as jazz and it definitely leans that way with the harmonies, rhythms and interpretations. Another thing I’m really excited about is to do this project with some big bands, I’m working on some blow ups of the arrangements now and hoping we might land a few festivals here and in Europe with the project.”