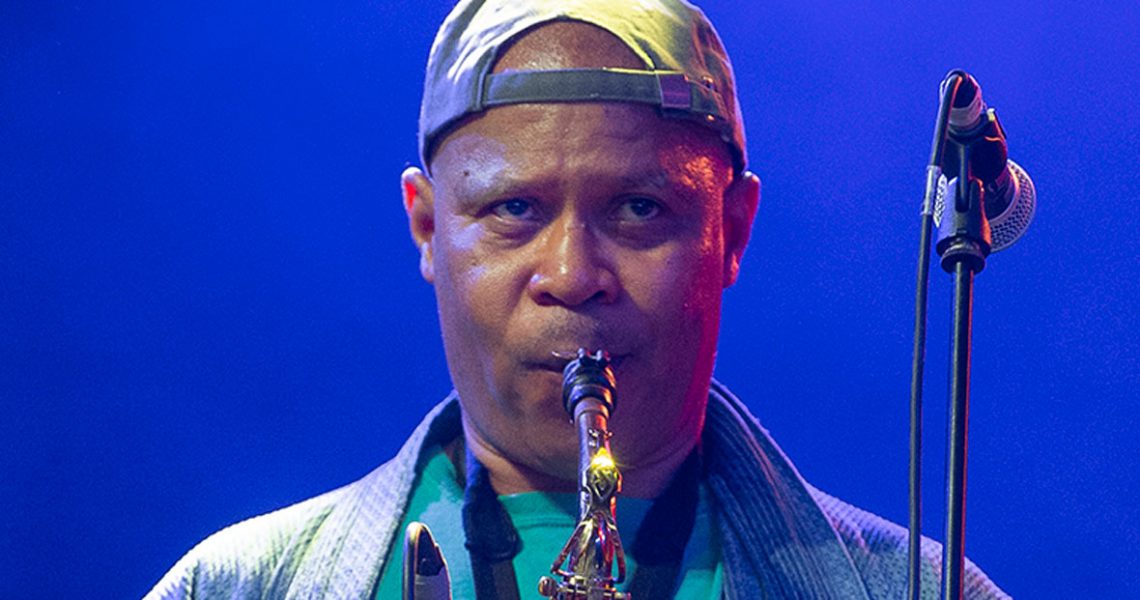 Belgian musicians have made a great impression at this year’s edition of Jazz Middelheim. The festival (9-12 August) was held in Antwerp for the 37th time. Some 20.000 visitors passed through the gates over the festivals four days. Saxophonist Robin Verheyen (Artist in Residence), young pianist Bram de Looze, guitarist Philip Catherine and the Brussels Jazz Orchestra (with singers Tutu Puoane and Fay Claassen) were very impressive.

Kamasi Washington was the big name on the first day of Jazz Middelheim. He is considered the new Messiah on the tenor saxophone. And his playing (sound and technique) is great. However, I found his performance in Antwerp a bit disappointing. I had the impression that I had seen it all before, as if a repeat was played.

The performance of Black Star was downright disappointing. The band’s DJ was given half an hour to warm up the thousands. He asked the audience whether they loved hip hop? Yes of course they do, otherwise they would not be in front of the stage where Yaslin Bey (Mos Defs) and Talib Kweli who were about to perform. When the two stars were finally there, it was never the world act that was promised. Cliché moderate, in my opinion.

The Brussels Jazz Orchestra is 25 years old and celebrated that anniversary with four projects on the Club Stage. BJO is one of the best big bands in Europe. The orchestra played twice in New York at the International Association for Jazz Education meeting (2001 and 2004) and there was also a series of fourteen concerts at the Lincoln Jazz Center in New York (2010).

At Middelheim two of the orchestra’s projects drew my attention. Poems of Stefan Hertmans were “translated” into music by his brother, guitarist Peter Hertmans. Also, the Dutch singer Fay Claassen impressed with vocals and spoken word. Belgian/South African singer Tutu Puoane and BJO have recorded a CD entitled “We Have a Dream”, a musical project on the theme of human rights. A number of songs were performed in Antwerp. It was impressive, both the theme as well as the performance of Tutu Puoane, backed up by this splendid orchestra. 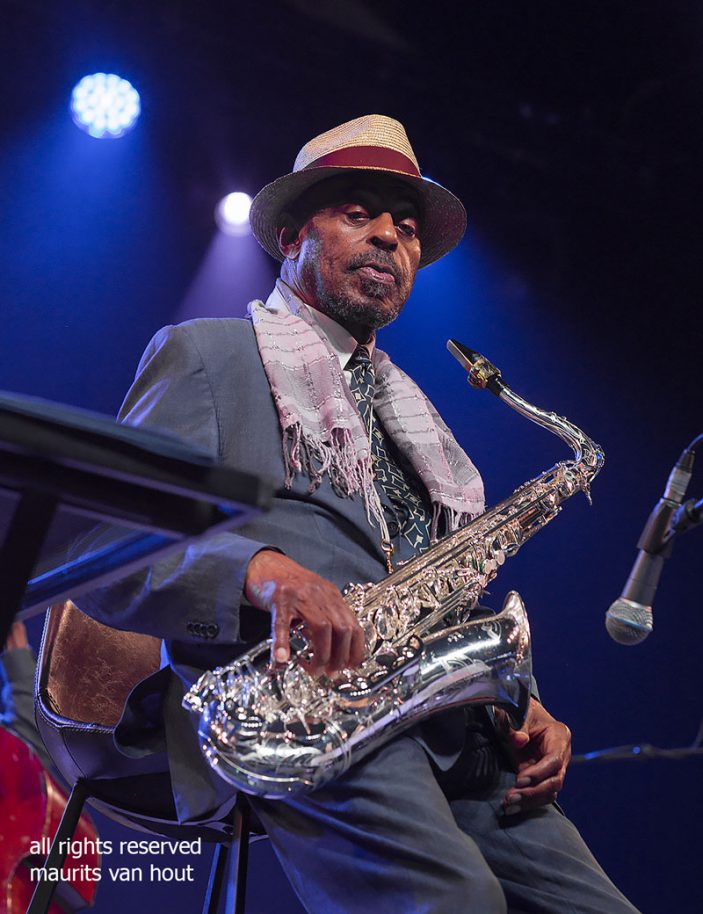 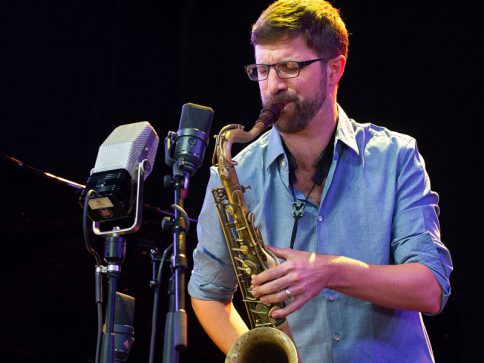 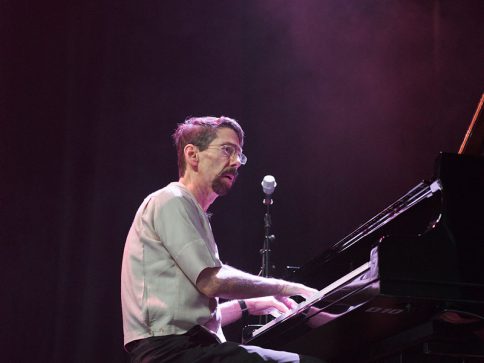 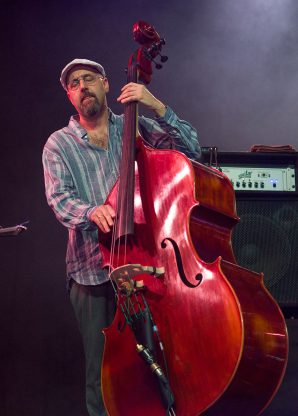 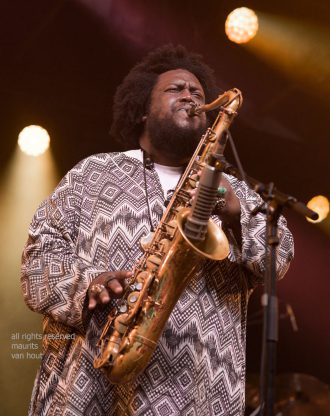 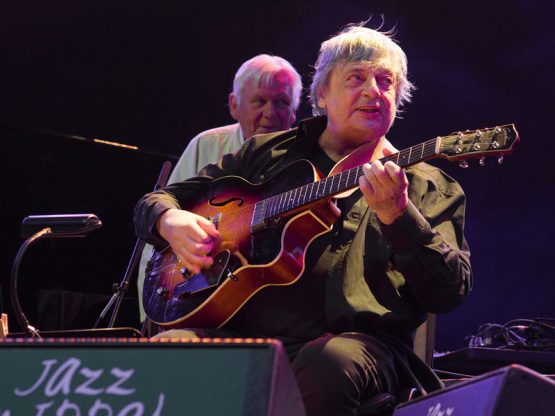 The young Belgian trio De Beren Gieren (traditional setting: piano, bass and drums) are known for their experimental music, but they manage to become increasingly melodic. Their message reaches more of the conventional jazz fans too. Great job!

Guitarist Philip Catherine (75) has been one of the stars of Belgian music for years. Few guitarists have such a recognisable sound as this sympathetic man. He played with four musicians with whom he recorded the album “September Man” in 1974. The men haven’t played live before, that’s a pity, because that’s a band you’d like to have seen more often. Trumpet player Palle Mikkelborg has become well known in the jazz rock./rock jazz-genre. The Dane composed and produced the album “Aura” for Miles Davis. He played some fine solo’s, as did Dutch pianist Jasper van ‘t Hoff.

Saxophonist Robin Verheyen came on stage with the Americans with whom he also recently recorded the CD “When The Birds Leave”: Marc Copland (piano), Drew Gress (bass) and Billy Hart (drums) are famous musicians. The Artist in Residence is Belgian, but lives in New York. In recent years he has made impressive progress both as a musician and a composer. The recent CD and the performance in Antwerp are proof of this.

The last time I heard him, I was especially impressed by him playing the soprano saxophone. He has a beautiful sound on that instrument and he also showed it at Middelheim. The concert with the three famous Americans was the best up to this point of the festival. Intense solos by Verheyen, also on tenor saxophone, and fine playing by his companions.

For the fans of piano music, the concert by Fred Hersch was a fantastic experience. His current trio, with bassist John Hébert and drummer Eric McPherson, has been in existence for ten years, and that is logical and inevitable at the same time. It takes a lot of practice to be able to play with such a genius. His complex musical lines are unpredictable.

The concert was breathtakingly beautiful, with many of Hersch’s own compositions, but also a rendition of “For No one” by Lennon and McCartney (more McCartney than Lennon, according to Hersch).

Many visitors enjoyed “Jazz loves Disney”. Walt Disney was a great jazz lover and used the music in his cartoons and movies. A French big band, assisted by strings, and five vocalists let the film music revive. It was a feast of recognition, a show that was expertly staged, but it had nothing to do with spontaneous creativity on stage.

Drummer Joey Baron, pianist Bram de Looze and Robin, Verheyen have in common that they love the music of Thelonious Monk. The American and the two Belgians did their Monk exams on Jazz Middelheim again: they succeeded with honours.

Later this year, the trio will record a CD – a live recording of this concert would have been perfect by the way. The highlight were the three solo performances of Verheyen (on soprano saxophone), De Looze and Barron (who started and ended his act by slamming two pebbles).

Verheyen was the first Belgian Artist in Residence at Middelheim. That turned out to be a great success. De Rooze (27) certainly is a candidate for the future. His piano playing was flawless and impressive at the same time.

Bring in Steve Coleman to a festival, and a high-level musical spectacle is there. With a lot of energy the alto saxophonist serves his musical message. I call it “Big City Jungle Music”. Everything goes up tempo – the rhythm of the big city, with its own (urban) noises, perfectly played by Steve Coleman & Five Elements. I liked trumpeter Jonathan Finlayson, while vocalist Kokayi made clear that rap by a fine singer is an advantage: you can pick up all the words!

The final concert of the festival was the “Archie Shepp Tribute to John Coltrane with special guest Randy Brecker”. The veteran saxophonist honoured his tutor John Coltrane, but also made a connection to Ben Webster, whose unique sound on tenor saxophone which he says he’s continually searching for. (John Coltrane too was intrigued by the sound of “Frog” by the way.)

Trumpet star Randy Brecker played for the first time together with Archie Shepp who is also a big fan of Coltrane and his late brother, saxophonist Michael Brecker, was a true follower of Coltrane. The concert was in fact a chapter of jazz history performed live, with long and intense solos by Shepp and Brecker. Singer Marion Rampal and Shepp played an impressive version of “My One and Only Love”. Randy Brecker shone in “Syeeda’s Song Flute”.

At the end of the concert, Duke Ellington was also involved: Shepp sang his composition “Prelude to a Kiss” (lyrics are from Irving Gordon and Irving Mills). And so a part of jazz history concluded Jazz Middelheim 2018.