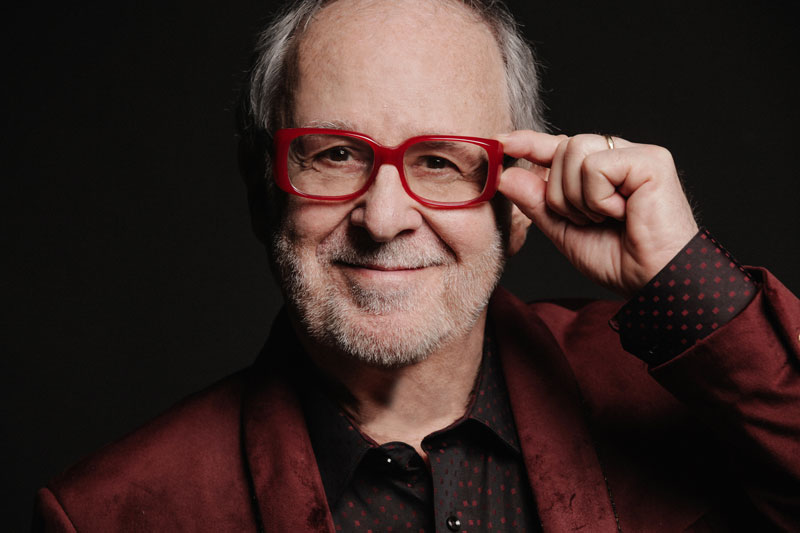 August 31 will see the release of the new album from multiple-Grammy winner Bob James. Titled “Espresso” and released on the Evosound label, the album will be Bob James’s first studio recording in 12 years as leader and following up on his 2006 release Urban Flamingo. The release of this album also see’s Bob James’s return to the trio format he embraced as an up-and-coming artist.

When asked about his motivation for the album and why he choose the trio format he said “I wanted to do this as part of a trio — piano, bass and drums. “With Fourplay and in other larger settings, I loved that I could solo and then kind of disappear into the setting to accompany other soloists. To play in a trio requires a different level of commitment, with the piano being much more prominent. You need perhaps a greater degree of optimism and bravery. That was how I felt when I first got into music. Espresso is my attempt to recapture that.”

Though busy since 2006 an array of projects, ranging from touring and recording with the all-star contemporary jazz ensemble Fourplay to collaborations with David Sanborn, Keiko Matsui and other innovators, James hasn’t felt the need to be in the spotlight as a solo performer — until now.

Bob James is best known as one of the stalwarts of the 1970’s contemporary jazz fusion scene collaborating with Earl Klugh, Grover Washington Jr and David Sanborn to name just a few. While recording his album, Grand Piano Canyon, in 1990, James reunited with longtime friend, drummer Harvey Mason, Jr. It would also be the first time he would work with guitarist Lee Ritenour, and bassist Nathan East. This meeting would be the start of something substantial as these early sessions ignited a spark that would become the band known as Fourplay. This band would be at the center of Bob’s activities until the present.

Inspiration for the Espresso album stems from a week-long engagement with sensational young bassist Michael Palazzolo and the respected veteran drummer Billy Kilson at the Blue Note last October. The musicians felt an immediate chemistry as they tackled standard repertoire as well as new James originals. Audiences sensed it too. “Soon everybody there was encouraging me to have the guts to jump in there and do this,” James recalls.

Two months later, the group reconvened at Bragg Street Studios in Van Nuys, California. In just one day James, Palazzo and Kilson laid down the varied tracks that comprise Espresso. Two covers were on the list: an ear-opening reconfiguration of Fats Waller’s “Ain’t Misbehavin’” and an equally fresh perspective on “Mr. Magic” (which James had arranged and conducted on the 1975 Grover Washington session) and a stream of original material.

The rest of the tunes, penned by James, reflect the same inventiveness and musical fluency that persuaded Quincy Jones to become his mentor and champion back in 1963. His expressiveness through both writing and performance permeates the rocking minor-key blues of “Bulgogi,” the definitive cool jazz of “Topside,” the funk strut of “Submarine,” the whispered beauty of “Promenade,” the turbulent, more complex yet supremely listenable “Mojito Ride” and every other moment on Espresso.

“Submarine” the first single to be released, is a great example of James’ classic sound paying tribute to 1974’s “Nautilus”, while perfectly blending in the fresh, complex and rich textures of Espresso. You can preview this track here.

The Album is available for Pre-Order on Amazon and iTunes.