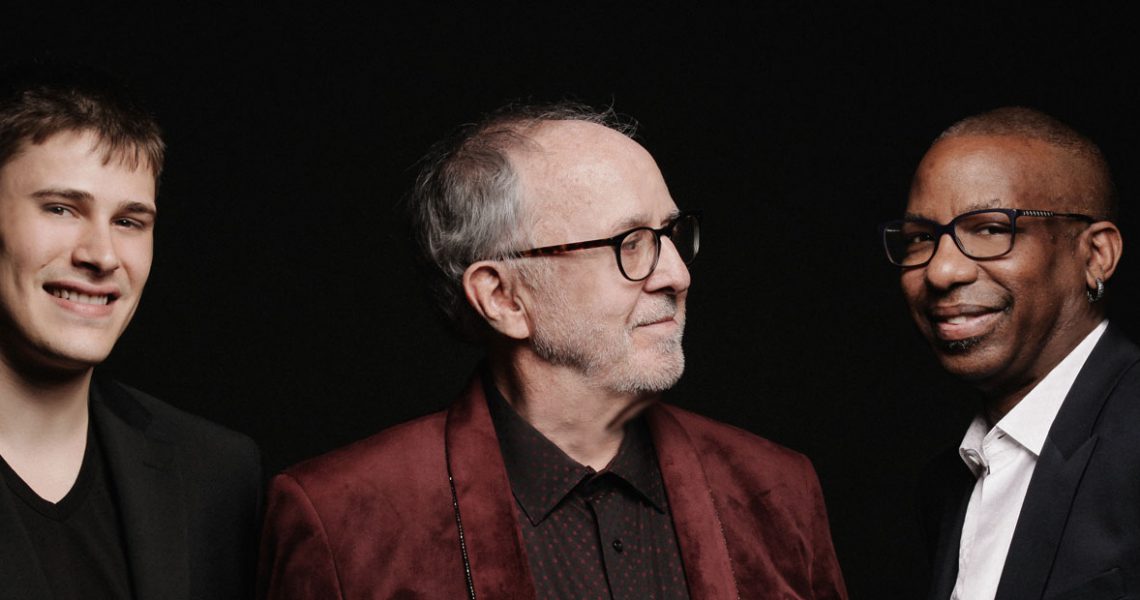 Last Month Bob James released his new album titled “Espresso.” The album is Bob James’s first solo release since his 2006 album “Urban Flamingo” and sees him once again return to the piano trio format. The album features his current working trio with Billy Kilson on Drums and Michael Palazzolo on Bass. Billy Kilson is a long time collaborator with James and has appeared on a number of releases including his last trio release in 2004 titled “Take It From The Top”. Michael Palazzolo is a new addition and makes his recording debut with Bob James on this album.

With this release, James breaks a 12 year hiatus regarding recordings as a leader, however, during this period Bob has not at all been absent from the scene. In a recent interview with Andrew Read on this platform, Bob stated the reason for the absence was partly due to his commitments with Fourplay and projects with David Sanborn and Fourplay band-mate Nathan East. Bob stated “…there’s been stuff out there but committing to my own solo studio project just didn’t happen. Finally, I said, enough is enough, I’ve just got to do it.” 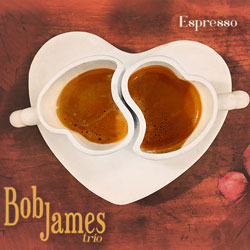 According to Bob, the main inspiration for the album came from a number of live trio dates he played with this line-up. The public’s reaction to these concerts gave him a sense that “they wanted more of it. So, it was this that allowed me to zero in and commit to the trio format as the basis for a new project.”

Espresso is a recording that is 180 degrees opposed to his “Urban Flamingo” and is largely an acoustic based album with the addition of some keyboards added and limited use of multi-track overdubs. Stylistically the album can be described as mainstream however unlike the last trio album “Take it from the top” this set includes only one standard, a version of the Fats Waller classic “Ain’t Misbehaving”.

During his long and distinguished career, Bob has lent his hand to many musical genres however unlike a Chameleon he has developed a distinctive voice that can be heard no matter what project he’s involved with. This album is proof of this, It’s pure Bob James and in my opinion, will appeal to the full spectrum of Bob James fans.

The album opens with “Bulgogi”, an uptempo track couched with a strong back-beat, setting the tone for what’s to come and featuring strong solo’s from James and Pallazzolo. Following this is Shadow Dance, an atmospheric track with a melting pot of styles encapsulated within it. I mentioned above that there is a distinctive Bob James voice and with this track, it comes across loud and clear.

The only standard included in the set is “Ain’t Misbehaving” and is given a rather traditional reading. While I enjoyed the performance I found it to be the odd one out in the set. My personal highlight on the album is “Mister Magic”, a syncopated 6/8 track that features strong solo’s from all player’s. Of particular note is the well crafted bass solo from Palazzolo. “Topside” is a strong track that immediately reminded me of Bob’s TV music of the late seventies (Bob James wrote the theme music for the TV series Taxi – Ed). While leaning strongly to the Instrumental Adult Contemporary genre the track fits well with the rest of the music and is in no way out of place with the largely acoustic nature of the rest of the album.

Espresso is a wonderful album that consolidates a number of styles into a coherent and superbly performed set. The recording quality is beyond reproach giving the production a transparent sound that captures the essence of Bob James. Both Billy Kilson and Michael Palazzolo prove to be the perfect partners for James, stepping forward when required and supporting where necessary.

This album will appeal to a wide range of listeners as is evidenced by its chart success reaching No 1 on Apple Music charts and rising to No 2 on the USA Billboard charts. I can highly recommend this album.