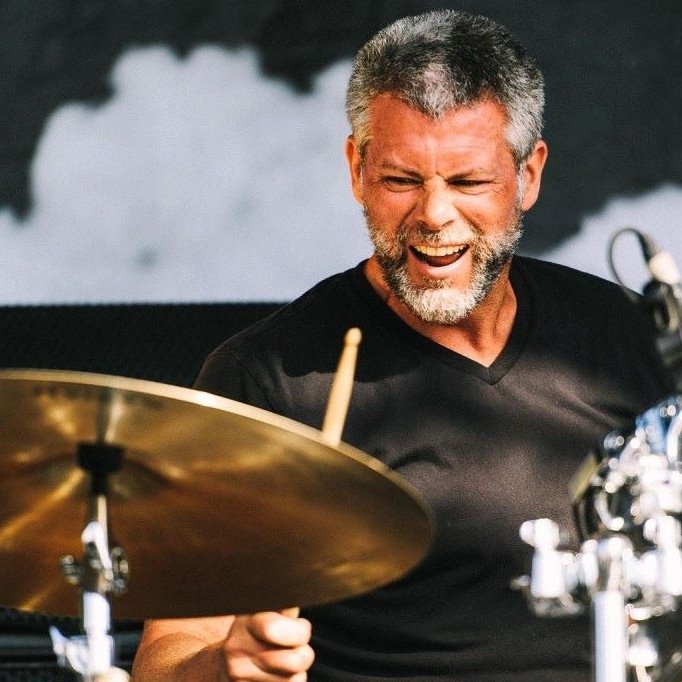 The drummer, percussion, composer, ethnomusicologist Barrett Martin has played on many Rock, Blues and World Music albums and last year won the Latin Grammy for producing Brazilian singer-songwriter Nando Reis’ album ‘Jardim-Pomar’. He has played with Mad Season, REM, Screaming Tress, Queens of the Stone Age and the Blues legend CeDell Davis to name just a few. Having recently released his own album ‘Transcendence’ and his book ‘The Singing Earth’, it was an absolute pleasure to discuss his work with him – what a wonderful artist.

Barretts book opens with a John Coltrane quote ‘All a musician can do is to get closer to the sources of nature, and so feel that he is in communication with natural laws’. The book takes us around the world and allows us to participate in Barrett’s exploration of the power of music and what this has not only meant to him and his personal growth through his travels, but what it should mean to the rest of us. We see how his journeys not only inspired him musically, but how it affected his very being and how strongly he feels about the environment and the social responsibility we all have.

‘It’s as if every place I visited sprinkled a little dust on me, a sacred kind of dust that settled into the pores of my skin, hair, and my eyes, allowing me to the magic of this world’ Barrett Martin

We discussed the role of the artist in today’s society and how Barrett’s work addresses this.

BM: When I was playing with the Screaming Trees and working in the whole Seattle scene, I have to be honest and say that social responsibility wasn’t the first thing on my mind, but as you get older and you develop some wisdom and you realise, the only people that are qualified to speak about that are artists and activists – that includes musicians, writers, film makers and painters and so on. All of those people have a responsibility to speak up – the art they create is an abstract representation of the culture that they are in. That is the role of the artist. To take the abstract and synthesize it into a piece of art so that someone can look at it and go wow, that is communicating a lot of different things about the culture that this artist is representing. Songwriters have been doing this for generations – songwriting is a very old and important tradition.

Barrett’s album recent album ‘Transcendence’ came at the end of an incredible year for him and we discussed the how the title of this album was so relevant and the significance of the album artwork and the meaning behind the astronauts.

BM: I started the record last year, with really great Seattle Jazz musicians. The concept of the album is both spiritual transcendence and artistic transcendence. In the States if you are an artist, of any medium, the artistic path itself is a spiritual path – you are transforming yourself through the art form that you are doing. I had made this huge transition through an accumulation of things really – I turned 50, my wife and I got married, I won a Grammy and I published my first book – and this was all in the same year – so this was literally a transition and a transcendence of my life and career.

With the album, one of the biggest things that happened was my best friend passed away from cancer and we had been working on the art work with the idea that we were going to collaborate. He drew the astronaut’s but I had never seen the completed astronaut’s that he had painted – and after he passed, his wife couldn’t find them anywhere – but one day she reached up and they literally fell out of a book. He was a powerful poet and artist and his idea when he heard the music, was that he wanted to show meditating astronauts to show the future and future possibility but also the ancientness of our humanity. He was an amazing person and anyone he touched was forever changed.

Barrett’s album beautifully mixes a wide and diverse range of incredible rhythms – Jazz, Blues, Rock, Cuban, Brazilian, African – with a superb line up of musicians including Wayne Horvitz, Peter Buck and David Catching along with some of Seattle’s top Jazz and session musicians. Each track brings you something different – superb playing and grooves that you simply cannot ignore.

BM: I have played a lot of types of music throughout my career. I started out as a Jazz drummer, but of course it was the rock stuff that got attention. But I started to do a lot of work in the Missippissi Delta working with two old Blues singers and I started researching traditional Blues, performing, producing and releasing these albums for these gentlemen. And you know there is that quote by Charles Mingus ‘you can’t play Jazz unless you understand the Blues’ which I think is very true as the Blues is the root of all American music. So that influence is of course in the album. And the world music influence is again, of course, a huge part of me having gone back to college to study Ethnomusicology. As a drummer, the rhythms of west Africa and Brazil, are deeply in the way I feel rhythm, as a drummer and the way that I shape the music. All those influences are deep in my repertoire. When I listen back to the album, I can hear a Blues influence, a West African influence – I mean, I even have a Senegalese Master drummer playing on some tracks – and you know how it is with drummers; the main thing you want to do is express your soul through your instrument. This is of course true with every musician, but with drummers in particular, you are trying to find ways to express these rhythmic ideas.

The community spirit of music and the power is so very clear through Barrett’s writing and recordings. We discussed the power of ensemble.

BM: Yes, it’s true that the individual musician can compose by himself – I do that, I spend a lot of time on my own and on the upright bass, which is my other instrument – but when it comes to making records and performing, it’s always an ensemble, at least as far as what I do. I love these musicians and they are the best that I have ever played with and they each have their own stories and in order to present the Barrett Martin Group correctly, it is a group and the record has an ensemble approach. There’s elements of big band, stripped down rock, kind of Blues based Jazz but you just can’t do that without an ensemble – and I like the way it looks when we’re on stage together! We’re also working on the next album, which has turned into a double album and is called ‘The Quality of Fire’ and it will come out early next year. I really want to hit the road and tour and take it out to people and play – it’s really good and another leap forward artistically.

Of all the places Barrett has explored, I was extremely curious to ask where he wanted to share his music next and why.

BM: Well, we definitely want to come to Europe, because Europe is one of those places that are receptive to that kind of music and I would love to play in South America. Latin Americans love live music. I would love to play in Asia. I just want to take this music I have been writing out to the world. I’ve toured with every band I’ve been in, but I have never taken the Barrett Martin Group beyond the American West Coast and now I just want to take it out to the world.

It was such an amazingly enlightening experience exploring Barrett Martins work and such an immense pleasure to be able to talk to him about it. His book takes you on a journey into his world and you genuinely feel like part of you is there with him. It was inspiring. And his music suddenly had more meaning to me. If I hadn’t read his book, I would have missed the very essence of Barrett Martin. Do read his book and listen to his music, you will be inspired to explore music around the world and you will be reminded of the power that music has.