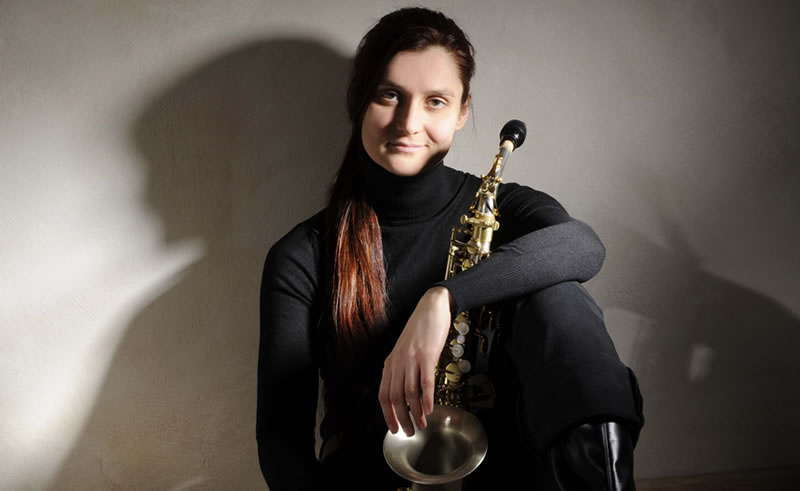 Part Two of Jan Fritz’s report on the 2017 JazzFest Berlin: After the first concert in the main hall I decided to switch over to the nearby jazz club ‘A-Trane’. In this well-known Berlin jazz club the festival organizers presented three nights of so called “Berlin-London-Conversations“. Encounters between musicians from Berlin and London and a stage for common improvisations.

This concept idea was by Mr. Richard Williams, the artistic director. Wishing to illustrate the lively jazz scene of both cities. I followed the interplay of the two London musicians Orphy Robinson on vibraphone and the British pianist Pat Thomas, who meet the US-American and Berlin resident guitarist Jean-Paul Bourelly and German saxophonist Frank Gratkowski. Bourelly, known by jazz fans for his strong Jimi Hendrix’ oriented music, who also bring forth his concepts of African percussive sounds. He played lick phrases on the strings yet sounding as a drummer while he hummed the melody at the same time. There was an exchange with the vibe player which created some very interesting African sounding mixes. I didn’t feel that the saxophinist Frank Gratkowski’s initial contributions were harmonious until he picked up his bass clarinet. The sonor, wooden tone of this instrument related far better with the improvisations of the quartet and added a nice and suitable coloured texture.

On the following Friday the presentation of the ‘Albert-Mangelsdorff-Prize’ took place. This time a young woman, originally from Poland, but resident and working in Germany for many years received the 15,000 EUR bank check. Angelika Nescier, is a saxophonist and very talented composer and was a very worthy winner in my opinion. The award was presented by the German foundation ‘Union Deutsch er Jazzmusiker’ and donated by German GEMA, followed by the ‘German Composer Union’ and the ‘Society of the Exploitation of Copyrights’ (GVL).

The prize is awarded every two years during the Jazzfestival Berlin to an outstanding musicians personality living in Germany, who’s made their mark through individual artistic work. Past winners included: pianist Achim Kaufmann (2015) and German trombonist and composer Nils Wogram in (2013). This years winner is the previously mentioned Cologne based musician Angelika Nescier. The jury said; “Angelika Nescier is one of the most interesting musician figures of the European jazz scene for many years, an out of the ordinary inspired, brave sounding saxophonist and composer. In her work for own ensembles and larger line-ups she shows an enormous musical versatility – her authenticity and clearness in the musical concept, in which her personal voice is always shining through. Her freedom of improvisation and the communication with her band members is always controlled by her“. I completely agree with this statement.

Angelika Nescier’s compositions make room for all the musicians she is working with. Her concert after chairman Gebhard Ullmans closing remarks fully illustrated this. Angelika played a great set of music together with bassist Chris Tordini and the equaly fantastic drummer Tyshawn Sorey, who was artist in residence for Jazzfest Berlin. For me this was the finest concert of the Jazzfest Berlin 2017! 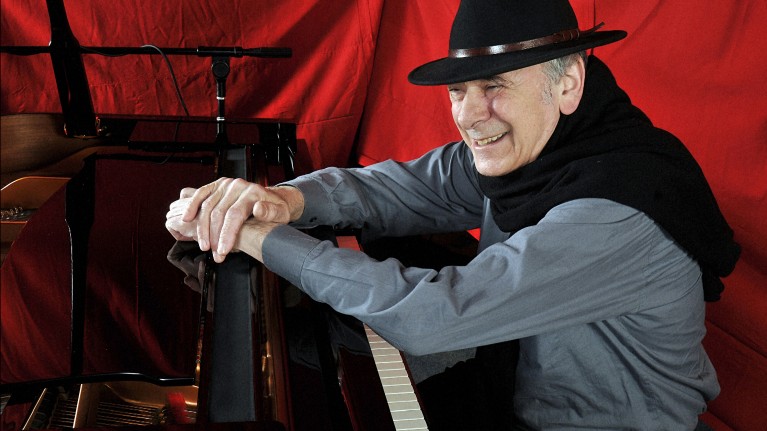 On Saturday, the Institute Francais, located on the beautiful Kurfürstendamm Avenue in Berlin presented the original film score music; ‘Ascenseur pour l’échafaud’ (Lift to the scaffold) the renown soundtrack by Miles Davis. It was recorded at Le Poste Parisian Studio in Paris on December 4 and 5, 1957. The album features the musical cues for the 1958 Louis Male film ‘Ascenseur pour l’échafaud’, which starred Jeanne Moreau and Maurice Ronet. The film and its musical score launched a new wave of French cinema known as ‘Film Noir.’ Miles Davis and his musicians, who included the Kenny Clarke on drums, as well as three French musicians, improvised this soundtrack in one night, from dusk to dawn, while watching the film and occasionally consulting with Malle.

In 1957 one of those ‘three French musicians’ was the 24 yr old pianist René Urtreger. Who now at the tender age of 83 yr old is the only surviving member and contemporary witness of the recording session. The festivals artistic director asked Monsieur Urteger who was in attendance to share some of his funny anecdotal recollections. He told the amused audience for instance that Miles was more interested in his sister, than talking about music and rehearsing with me“. Monsieur Urtreger’s said his role model on the piano was Bud Powell, who lived in Paris at the time. The American master never praised the young talent, not even a cheer was uttered at the young pianists performances. René Urtreger asked Miles about it, who told him, that Powell stood every evening behind the curtain of the jazzclubs in St. Germain, secretly listening and evaluating the young pianists performances.

It was not an easy time for the European jazz musicians to follow behind the American Bebop composers or to fully grasp the ingenious music. Monsieur Urtreger went on to further state that Monk was a lousy pianist but one of the best composers in jazz at the same time. Monsieur Urteger said that he now has just began to understand what Bebop and Cool Jazz is all about and at least today he is able to interpret these compositions in an appropriate form. Jazz is not a perfect music, as jazz lives on risks the musicians are willing to take, true jazz is always an adventure.

After Monsieur Urteger’s speach he the performed a number of jazz classics on the available grand piano displaying a light feathered, beady touch and immaculate taste . The event was a great success and was finished off with an enjoyable glass of French white wine. Thank you ‘Maison de France’ in Berlin.

The Jazzfest Berlin 2017 still is and will remain an institution under the German jazz festivals, because it is supported by the ARD, the umbrella company of all the big broadcasters in Germany, as the Nord- and Westdeutscher Rundfunk (NDR & WDR), the Hessischer- and the Bayrischer Rundfunk (HR & BR), the Kulturradio des Rundfunk Berlin-Brandenburg (RBB), Radio Bremen (RB) and the Mitteldeutscher Rundfunk (MDR), who all transfer live and through pre-produced features and comments on the concerts.

The Berlin based film team BEN BLACK produced an atmospheric video clip, that was hosted by the author of this review, which will be available soon at the JAZZMEDIA & MORE Youtube channel.