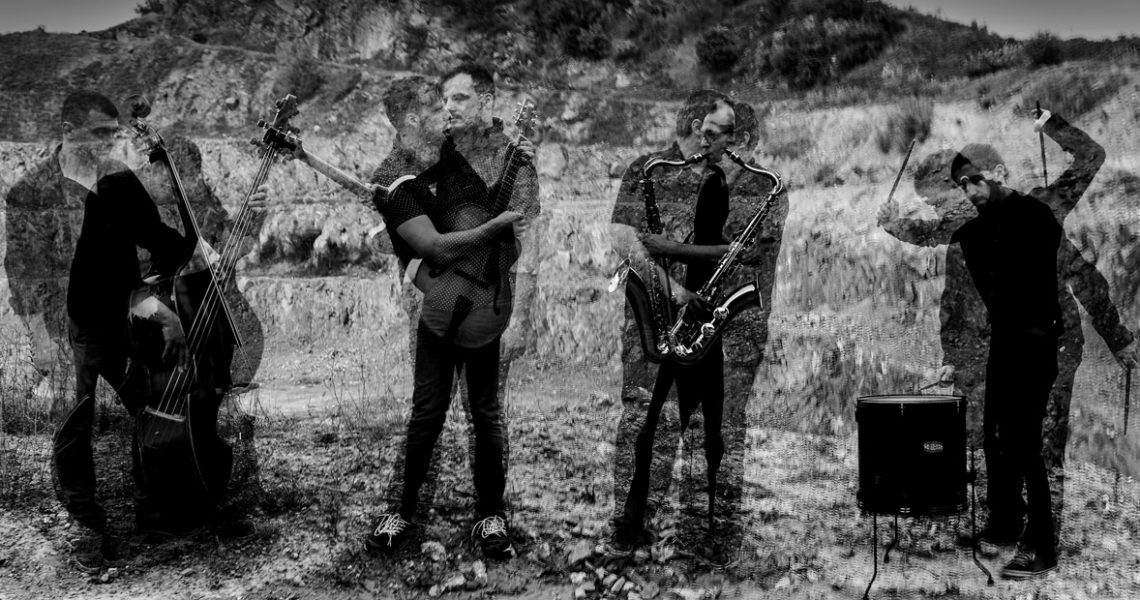 Hashima, an Interview with Igor Miškovic

Serbian quartet Hashima has become one of the countries leading exponents of the contemporary jazz scene. The concept of Hashima began as a cycle of poems that were inspired by the “ghost island” Hashima just off the coast of Japan. The ensemble strives to combine various artistic experiences into new music, defined by jazz critic Thomas Conrad (JazzTimes) as “a unique confluence of classicism, avant-garde racket, lyricism and Balkan folk forms”.

Since the release of their debut album “Tideland” (2015) and a notable performance at the Belgrade Jazz Festival, the Hashima quartet has received critical acclaim internationally that has led to performances in Germany and throughout the east block. In 2017 the band released their current release titled “The Haywain” in Serbia and earlier this year the album was reissued for international release on the Odradek records. I recently had the pleasure to pose a number of questions to the band guitarist Igor Miškovic.

Andrew Read: Hi Igor, thanks for taking the time to speak with us. The band Hashima has been around for a number of years now, can you tell us a little about the background and how the band came to be?

Igor Miškovic: We founded the band about 5 years ago out of a desire to create music we felt was relevant to the time we are living in yet viewed from a Serbian or should I say transitioning East European perspective. The group’s voice began as a kind of “Scream” alla Munch’s famous painting however without the will to scare anybody but more to relieve ourselves from the gloomy everyday reality that is systematically desacralized of the bread and wine aesthetic that is art and love.

AR: I was interested in the band’s name. I understand that the name was inspired by a cycle of poems, can you tell us more about the origins of the name?

IM: Hashima island is an inspiration, a possible true picture of the world outside the matrix of social networks and virtual happiness. It is a ruin, a small abandoned place in the middle of the sea in Japan. We really believe that through music therapy people can be safely brought back to the abandoned places that hurt, and than with a gentle touch of a simple melody, returned to the present moment feeling better than before.

AR: In the band’s bio it states that the premise of the band is founded on Free Improvisation. When I listen to your music, while there is no doubt that free improvisation plays a major role in the bounds sound, I also hear structure and melody. Can you speak a little about the band’s musical vision and how this relates to the music?

IM: The band’s first explorations in the sound of the group were like holding your breath and diving into deep muddy waters, there were no suggestions of what to search for or what we would find down there. That was done with free improvisation in a typical jazz quartet context. In fact, we feel that the final result is actually something still yet to be unveiled. The music goes from Free Jazz through to Classical music melodies and post-rock structures simultaneously. Also, from time to time there is a touch of Balkan sensibility.

AR: There is a rich tradition in Balkan music. How much does this tradition impact the music of Hashima?

IM: Well we treat Balkan music with respect, as a natural artistic geographical determinism. Often we go away from it, but eventually when the ears and hands get tired avoiding the possible banalities of it an explosive reunion happens with a sip of Balkan chaos.

AR: Currently I feel that some of the most exciting and innovative jazz music is originating from Eastern Europe. How much do you think the post-war Geo-Political landscape has played a role in this?

IM: There comes a time in every developed civilization when the technological impact of scientific development surpasses ethics due largely to the convenience if offers the people in use of it. On the other hand, smaller, less developed societies can actually benefit and make a true breakthrough in having the technology available. Eastern European countries are European enough geographically and culturally to be able to make a typically European artistic statement In a delayed, post-war transitioning period, these statements can be different enough to make something new and inspire the rest of the world. We hope to achieve this with the Hashima project actually.

AR: Your latest release “The Haywain” (2017) has an interesting back story, can you explain this for our readers?

IM: “The Haywain” album is mostly inspired by an amazing 15th-century Dutch painter Hieronymus Bosch. Turning his 3-part painting into a musical triptych is definitely one of the groups most authentic attempts to communicate art and deliver something important and original. Secondly, the album also includes a wonderful guest, the renowned Portuguese free-jazz trumpeter Susana Santos Silva and one classical ballad to calm down the drama. Earlier this year the album has been internationally reissued by the Odradek records. 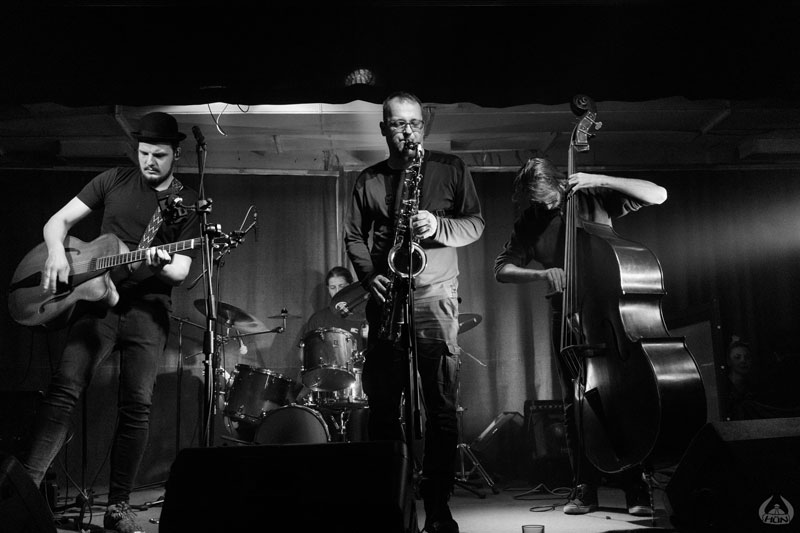 AR: Does that band have plans to release a new album in the near future?

IM: Next album is almost finished and it is a truly big leap forward (or backwards) for the band. It is a test, to see if the band can withstand and maintain its poetics in a different mindset. Vocals are now included, and they paint with lyrics, this is an important nuance in the new sound. Also, there is a concept present throughout the whole album to make the transition from the avant-garde “scream” to the beauty of Van Gogh’s landscapes yet preserving the echoes of the harshness that truth brings. It will probably take a couple of years before we know if we’ve succeeded in this and possibly this will mark the breakthrough point for Hasima.

AR: On the 27th of June the band will play at the B Flat club in Berlin as part of the Jazzmedia & More International Concert Series. What can the audiences expect?

IM: Come with open ears for something different, and try to believe us, even if you have not heard of us before. I can just promise we will try to honestly treat the audience and bring you on an inner journey with our music, without faking involved in it. It’s not typical jazz or rock sound, it’s a strange story that echoes the truth as we see it.

More Information on Hashima can be found at their website.

For more information on the Jazz Media and More International, Concert series read this article here on Jazz In Europe