725 up-and-coming artists completed submissions for this year’s awards. The show was hosted by Jamie Cullum and featured appearances by Dee Dee Bridgewater, Terri Lyne Carrington and Christian McBride, with the prestigious award offering the winners the unprecedented opportunity to appear at popular Jazz festivals throughout the Europe and Northern America, with all expenses covered and an accompanying dedicated promotion/marketing team. The LetterOne ‘RISING STARS’ Jazz Award tour, agent and marketing support equates to a monetary value in excess of €75,000, making the prize one of the most valuable Jazz awards in the world. For those who missed the global live stream, it can be viewed here on the WBGO Facebook page. 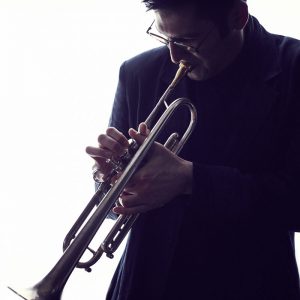 Itamar Borochov was raised in the port city of Jaffa, Israel, and started playing trumpet at age eleven. Immersed in jazz and the work of pioneering trumpet players such as Miles Davis and Louis Armstrong, he was influenced by Middle Eastern and North African music which he heard at his local synagogue. Itamar eventually moved to New York to study jazz where he quickly established himself on the local scene. Once back in Europe, he developed into an enthralling band leader and released several albums under his own name, presenting a careful balance between technical playing and storytelling, all the while staying true to his roots and musical upbringing.

Immanuel Wilkins grew up in the greater Philadelphia-area where he first honed his saxophone skills in church and various educational programs dedicated to teaching jazz music. In 2015 he moved to New York to study at Juilliard School of Music, where he led his first jazz quartet and developed his skills as a composer and arranger. Immanuel impressed the jury with a high level of sophistication and maturity in his playing. He respectfully reflects various musical influences in his performance while charting into new territory with a sense of lyricism in his playing that is reminiscent of the Jazz greats. 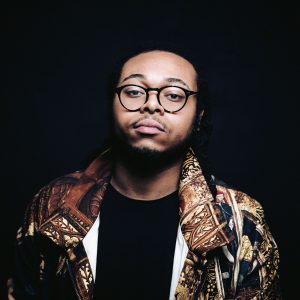 Producing the Award is the award-winning Air Artist Agency, whose director Burkhard Hopper has a long-standing experience in introducing new artists. For 9 years Burkhard Hopper ran the Rising Stars concert series in Europe which – among others – introduced artists such as Diana Krall, Brad Mehldau, Jane Monheit, David Sanchez and Esbjörn Svensson to European audiences.

The “LetterOne ‘Rising Stars’ Jazz Award” is a significant event in the international jazz calendar that benefits from the sponsorship and backing of Mikhail Fridman, an international businessman, philanthropist and most importantly a huge jazz fan. Besides being a frequent visitor of Jazz festivals around the world, Fridman is also the founder of the Leopolis Jazz Festival in Lvov (Ukraine).

More Information can be found at the LetterOne website.