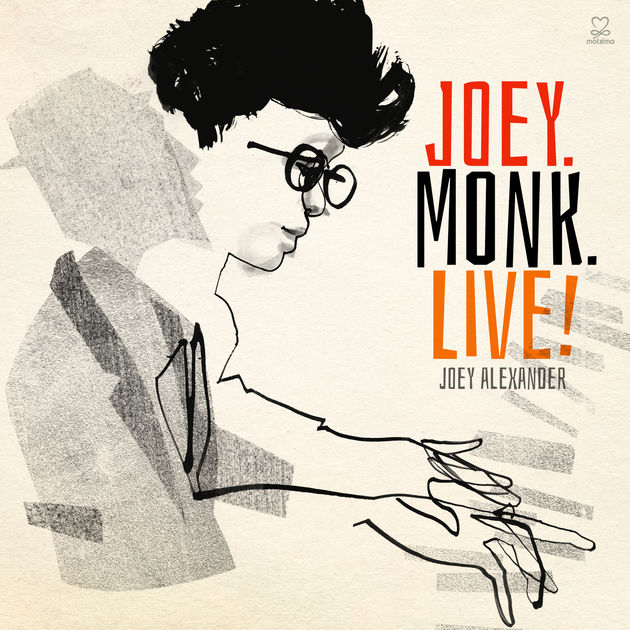 In celebration of Thelonious Monk’s centennial, Joey Alexander performed at Jazz at Lincoln Center’s Appel Room in June of 2017. The resulting live album, Joey.Monk.Live! captures Joey’s trio, with bassist Scott Colley and drummer Willie Jones III, exploring Monk’s music in imaginative and deeply-felt ways. In solo, duo and trio performances, Joey pays tribute to the pianist and composer who first made an impression on him and who still serves as a guiding inspiration.

In a recent article on the NPR Music website Nate Chinen wrote “Alexander has an obvious affinity with Monk’s music, embracing the buoyancy and angularity that have long been among its trademarks. His more ambitious digressions can feel forced, but he has an intuitive feeling for melody, and always finds his way back. It surely helps that in Colley and Jones he has a rhythm team equally capable of swinging tough, as they do on “Rhythm-a-Ning,” or laying back, as on “Ugly Beauty.”

This exclusive video of “Evidence” captures the album’s spirit well, the trio setting out at an easygoing trot, with the tune’s jagged syncopations folded into a sunny arrangement. It feels almost trivializing to call Alexander a playful improviser, but it’s an apt description of the energy he exudes here, especially in the chorus that begins just before the three-minute mark.”