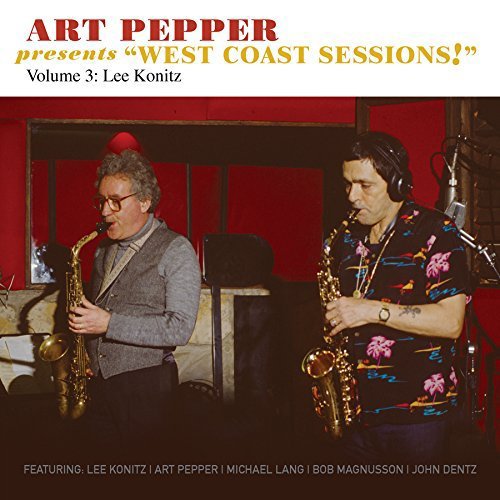 In 2016 Omnivore recordings launched it’s series of Art Pepper recordings titled “West Coast Sessions”. Volume 1 & 2 included guest performances with Sonny Stitt (Vol 1) and Pete Jolly (Vol 2). We now have the follow-up releases Volume 3 & 4 featuring Lee Konitz (Vol 3) and Bill Watrous (Volume 4). All the recordings in the series were previously released and until now, only in Japan. With the release of this series, these collectible sessions are now available worldwide.

Volume 3 was originally issued as High Jingo by Lee Konitz And His West Coast Friends in 1982. This material was recorded in February of that year at Sage & Sound Studio in Los Angeles with Konitz on alto sax, Art Pepper also on alto sax (and clarinet), bassist Bob Magnusson, Michael Lang on piano, and drummer John Dentz. The album was only released on LP in Japan and apart from a pair of tracks found on the 2001 boxed set The Hollywood All-Star Sessions this is the first time these recordings are available worldwide.

Volume 4 was originally issued as Funk’n Fun by the Bill Watrous Quintet in 1979 and was recorded in March of that year also at Sage & Sound Studio. This CD features Watrous on trombone, Art Pepper on alto sax, bassist Bob Magnusson, Russ Freeman on piano, and drummer Carl Burnett. 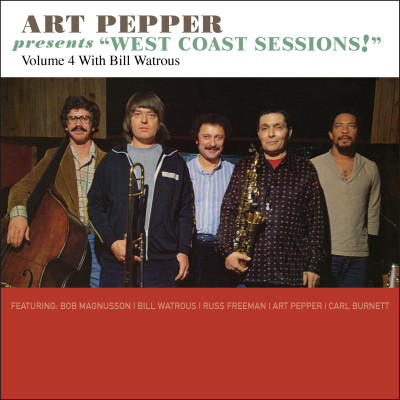 The recording quality of both these releases is excellent albeit typical of of the sound of the early eighties. The material is largely standards and as to be expected mainstream in style. All tracks have a jam session character so don’t expect any fancy arrangements, it’s head in, solo’s, head out. Both volumes include a number of alternate takes not included on the original LP releases along with extra photo material and new liner notes by Laurie Pepper.

This is an interesting series and some light was shed on how these recordings originated in Laurie Pepper’s liner notes to Volume one of the series.

“In 1977 Art came back from the dead. Or so it seemed to those who followed him, followed his music. And then in 1979, the Japanese came calling in the guise of a small record label, Yupiteru, later Atlas. They wanted Art to record for them. By then, Art was under exclusive contract to Fantasy/Galaxy records and couldn’t record as a leader. However, and I think I deserve credit for this sneaky idea, he could be a ‘sideman.’ And he could choose the ‘leaders.’ He did six albums for Atlas with six terrific ‘leaders.’ And they are classics, now.”

I would agree with her on this, these are classic recordings and document the comeback of a musician plagued by drug abuse. Unfortunately, his come back was not long lived as he passed away in June 1982 of a stroke. It’s perhaps a little ironic that his last official recording as a leader for Galaxy, a duo album with pianist George Cables was titled “Going Home”.

Note: the final two recordings in this series (Vol 5 & 6) featuring Shelly Manne and Jack Sheldon are due for release in late September this year. Stay tuned.