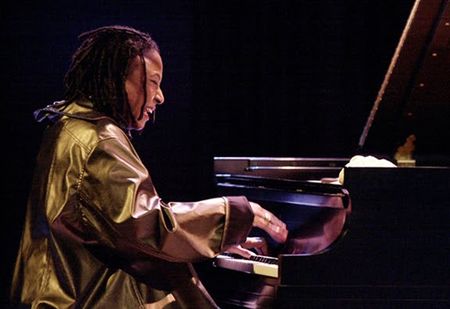 Geri Allen, the renowned jazz pianist and director of jazz studies at the University of Pittsburgh, died Tuesday in Philadelphia of cancer at age 60.

Ms. Allen, a Detroit native, began taking piano and dance lessons at 7, and learned by playing along with the radio, taking a special liking to Motown. She graduated from Cass Tech and studied at the Detroit Conservatory.

Allen was widely considered by critics and her peers as one of the greatest contemporary jazz pianists. Allen offered a fresh, distinct voice through her instrument of choice, knew few sonic boundaries and played with an intensity that allowed for dynamic arcs and rhythms to thrive in both her original compositions and covers.

“She’s the female Herbie Hancock on the piano,” says Detroit jazz bassist Ralphe Armstrong, who says he knew Allen from the age of 14 years old when they were students at Cass Technical High School — a school with a legacy as a hotbed for jazz talent. “She played with the greatest jazz artists and she also used the same rhythm section Miles Davis used” — fellow Cass Tech grad and bassist Ron Carter and Tony Williams, considered one of the most influential jazz drummers of all time.

Read a full Obituary on the NPR Music website here.