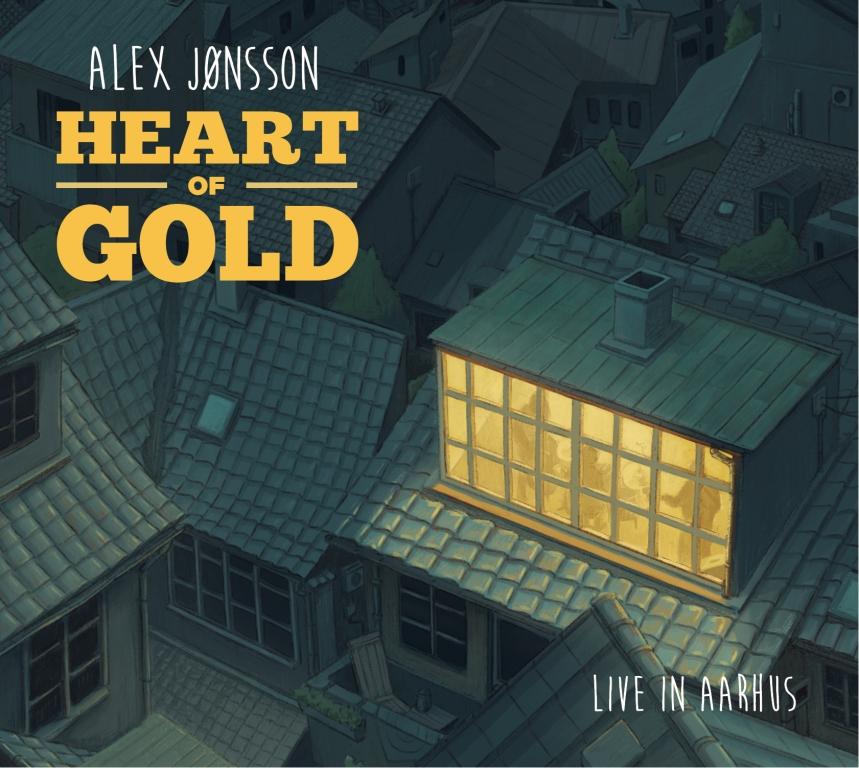 There is something deeply satisfying about witnessing an audience’s immersive expression when totally engaged with the music in a small space, if done well. I can’t think of a better recent musical and visual demonstration of this than the latest offering from Alex Jønsson. I had the opportunity to speak with Alex, what a nice Danish guy. His musical prowess is once again demonstrated in his compositions, guitar playing, and choice of intimate ‘Hygge’ (Danish concept of warmth, light and good friends) space to share his latest offering – Heart of Gold.

To put full context to Alex and his music,  you need to understand some of his background:

Alex Jønsson (born 1985) is an award winning Danish guitarist, composer and  improviser based in Copenhagen.

Jønsson, who was born and grew up in West Jutland, obtained the prestigious Nordic Master of Jazz (NOMAZZ) from the Royal Academy of Music, Aarhus in 2013.

Since then, open spaces have been replaced by musical diversity and curiosity, and he has toured in Germany and the Czech Republic as well as in the Nordic and Baltic countries. Alex has an impressive five Danish Music Award nominations: ”Best New Jazz Act” (2013 and 2015), ”Best Jazz Vocal Album of the Year” (2012 and 2015) and ”Best Crossover Jazz Album of the Year” (2015).

Alex Jønsson has a wide musical scope with no limits. In past years, music has brought him across the world to a.o. the international music industry festival SPOT, Moldejazz, Bohemia Jazz and as an artist in residence in Palestine. In Denmark, he is currently considered one of the leading guitarists rooted in a proud Aarhus jazz tradition counting prominent musicians like Uffe Steen, Jakob Bro and Søren Dahl.