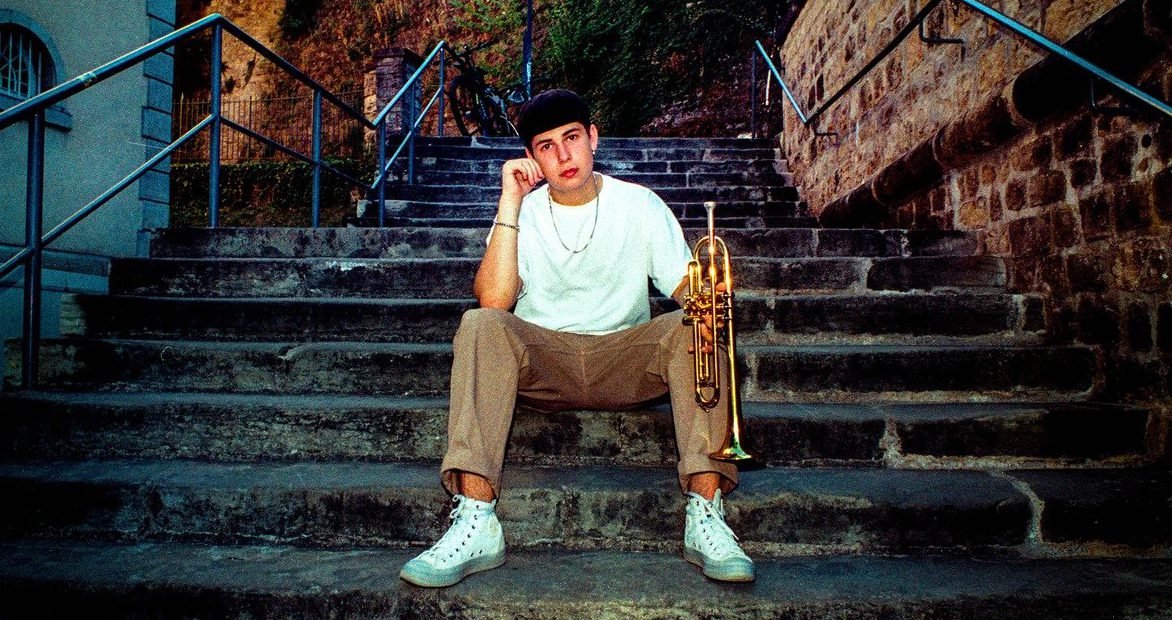 Last month young Luxembourg based trumpeter Daniel Migliosi released his debut album titled “Left on Scene”. So before we get into the review, I think it’s worth noting the young age of the performers who created this album. According to the press release, at the time this album was recorded, band leader Daniel Migliosi was actually not of a legal age to be able to enter a licensed jazz club. It’s also worth pointing out that the average age of the players at the time of the recording was only 19. Now, proving again that age is just a number, these young musicians deliver a set of performances that display a maturity way beyond there actual ages. 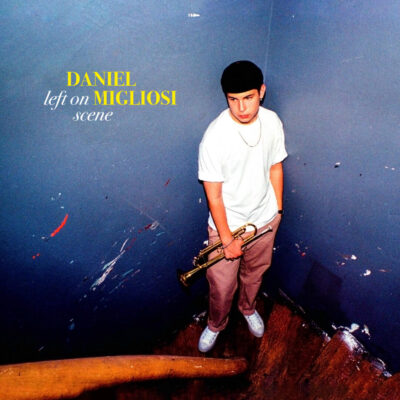 The album contains mostly original compositions penned by Migliosi with one contributed by Alto Sax player Sean Payne. Also presented are two standards, “The Way You Look Tonight and “On a Clear Day”. The general feel of the album is rooted in the hard bop tradition with truly energetic performances that one would expect with the exuberance of youth. Before we get into the music, I think it’s worthwhile pointing out how the album came about. In the press release Daniel explained “My teacher Prof. Andy Haderer said to me about a year ago: “Man, when are you going to give me a CD of yours?” That got me thinking and I set myself the goal of recording my first album before my 18th birthday.”

Recorded in May of this year at the Loft recording studio in Cologne Germany, the album’s line-up features a sextet with three horns led by Migliosi on Trumpet and including Sean Payne – Alto Sax, Adrian Gallet – Tenor Sax. The rhythm section consists of Benedikt Göb – Piano, Jan Blikslager – Bass and Mathieu Clement taking the drum chair.

So with the general information out of the way, let’s get down to the music. Opening the album is the aptly titled track “Intro”, a trumpet declaration the segues directly to the first full track titled “Unstable And Vindictive”. Opening with a Blakey-esque theme played in unison by the three horns, this uptempo swinger is cooking for the entire 4 minutes and 9 seconds and features a set of well constructed solo’s from both Migliosi and Alto player Sean Payne. After listening to this track it’s clear that we’re hearing a group of young players whose talent far exceeds their young age. The following track “Ebertplatzblues” continues in a similar vein and is a bop inspired blues with a theme that is somewhat Monkish in character. Once again the theme is taken in unison with pianist Benedikt Göb first up to lay down an impressive solo followed by equally impressive contributions by Migliosi and Sean Payne on Alto.

Up to this point the album is fairly traditional as far as the arrangements are concerned, however the following track “Simpler Times”, composed by Sean Payne, changes the narrative somewhat. This beautiful ballad see’s both Migliosi and Payne converse on the melody trading phrases before handing the reins over to bassist Jan Blikslager for a stunning bass solo. The second ballad on the album titled “Dolly”, a track Daniel dedicates to the family dog is described in the press release as “one of those classic “Late Night” jazz ballads that could be a sound track to a French Noir Film.” I couldn’t agree more. Migliosi’s reading of this piece is truly beautiful displaying a maturity that is usually only heard in players that have been on the scene a lot longer.

One of the highlights of the album is the track “Stranger”. Originally written by Migliosi for the WDR Big Band, on this album Daniel re-arranged the piece for the sextet. The track has a more modern flavor and features in my mind some of the best performances on the album. I think it’s worth noting that Daniel is one of the recipients of the “WDR Young Composers Fellowship“, a program run by the WDR Big Band to mentor young and up and coming composers.

I’ve not yet touched on the two standards that appear on the album. The first of these is the “The Way You Look Tonight” composed by Jerome Kern with lyrics written by Dorothy Fields. Migliosi and crew take this old workhorse at lightning speed giving plenty of room for Payne to fully display his not unsubstantial chops. The second standard, and closing track to this set is , “On a Clear Day” written by Burton Lane and Alan Jay Lerner for the 1965 musical On a Clear Day You Can See Forever. The song was brought to fame by Barbra Streisand in the 1970 film adaptation of the musical but is probably today best known for the version by The Peddlers that appeared in the soundtrack to the series “Breaking Bad”. On this album that band takes the piece as an medium up swinger. Featuring solo’s from all of the band members and with the changes suitably re-harmonized the track makes it’s way through a number of key changes before ending with a collective improvisation.

The penultimate track on the album is the title track “left on scene”. Daniel explained the origin of the title is a play on words originating from he term “Left on Seen”, something all members of Generation Alpha will know. The track is written as a fast samba and features strong solo’s from Adrian Gallet and Sean Payne on Tenor and Alto Sax respectively. Of note is the “special” arranged for the three horns that precedes the return to the theme.

I have to say this album excited me a great deal, I loved the youthful exuberance that is present throughout. Taking risks has always been a part of jazz and these players don’t in any way shy away from this aspect. I sometimes had the feeling, specifically during the uptempo tracks, that this could go off the cliff at any moment but this only adds to the energy. As an veteran whose cynicism displays the patina one would expect after a life in the music business, I can only conclude that with Daniel Migliosi, and indeed all of the players on this album, the future of jazz is in good hands. Highly recommended.