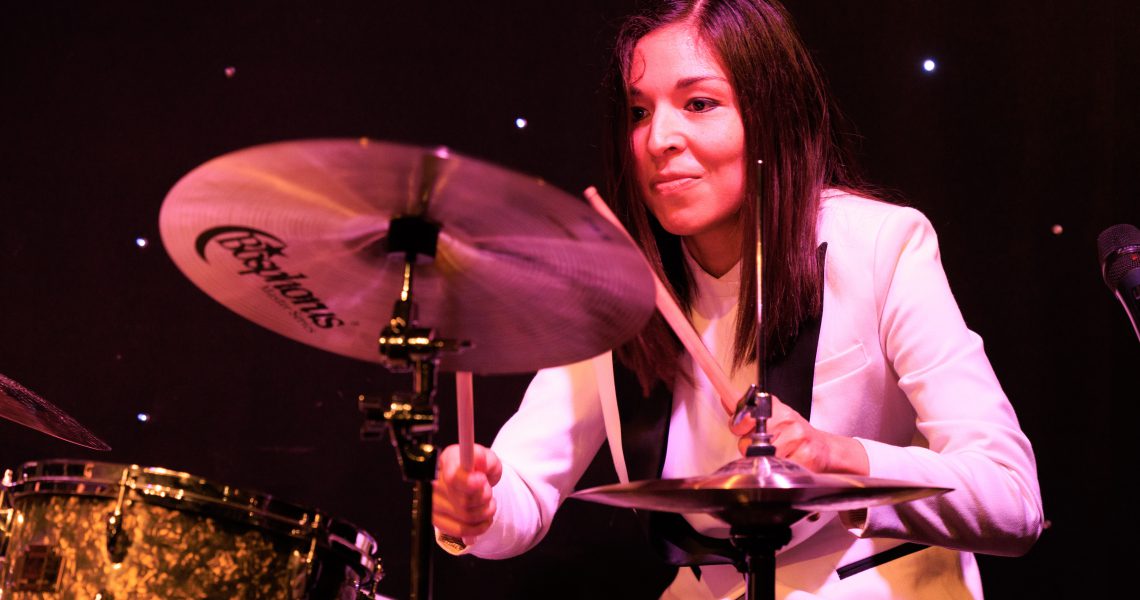 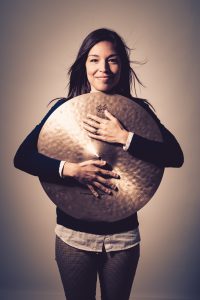 Migdalia van der Hoven is an award-winning Mexican drummer known for her groove, sensitivity and versatility across multiple genres such as funk, jazz, latin and pop. Having just recorded a new album ‘Point of Departure’ live at Abbey Road Studios, Migdalia will be presenting her brand new album in her debut performance at Jazz Café Posk on December 2nd.

Migdalia became the ﬁrst Mexican Female drummer to ever perform at Ronnie Scott’s and the EFG London Jazz Festival and recently was honoured as “Woman of the year 2022” in Mexico in arts and culture for her contribution in music nationally and internationally.

Currently touring with SIX the Musical across the UK, Migdalia is also a Vater Drumsticks, Bosphorus Cymbals and RTOM Corporation artist. She is a Berklee College of Music graduate (where she studied and performed with Jackie Santos, Terri Lynn Carrington, Victor Mendoza and Mark Walker). Migdalia has performed in the UK with Scott Stroman, Adam Glasser, Russell Brand, Paul Enger (Caﬀe Nero), The All Souls Orchestra, Women in Jazz and on the BBC/ITV. She was part of the Beantown Jazz Festival in the USA and is currently a member of the National Jazz Orchestra of Mexico where she performs and also supports young women through scholarships to continue their studies in jazz. She also oﬀers masterclasses internationally and is one of the UK judges for Hit like a Girl Contest 2022, which is the biggest female drum/beats contest worldwide.

Together with her latest project “The Migdalia van der Hoven Quartet”, she launched her new EP “Girl Facing South” with a series of dates in and around London including the EFG London Jazz Festival 2021, Ronnie Scott’s Jazz Club, Toulouse Lautrec, Pizza Express Live and more. The EP comprises a mix of original and West Coast fusion tracks and has received positive reviews from Grammy Award winning artists.