The artwork on the album cover of Theo Croker’s new release BLK2LIFE // A FUTURE PAST (2021) recalls the psychedelic cover of “Bitches Brew” (1969) by Miles Davis. And with this visual similarity, the jazz trumpeter Croker could be suggesting that anyone who knows and loves that ground-breaking jazz-funk-rock fusion masterpiece is going to like his newest release too. And he might be right.

Though BLK2LIFE // A FUTURE PAST is not an in-studio experimental and mainly improvisational jam session, as “Bitches Brew” is. Instead it is closer in sound to Miles’ much later recording “Star People” (1983). This is Miles attempting to get jazz back to the dance floors, and Croker aims in the same direction. Croker’s album from 2019 “Star People Nation” must have had Miles in mind again for that title. “Star People Nation” was nominated for a Grammy, for “Best Jazz Instrumental Album” and his follow up to this one, “Afro Physicist” recorded in close cooperation with Dee Bridgewater have helped to solidify the sound and reputation of Theo Croker, a relatively newcomer on the scene.

Croker took an unusual career path at the age of 21, after studies at Oberlin College in Ohio. Instead of going to New York City, Croker moved to Shanghai and joined the jazz scene there, living in China for seven years. He says in various interviews that he has played at least 3,000 shows in China, including his primary gig playing three shows a night for six-nights a week, then in off-time doing parties with salsa bands, gigs with DJs (including live drum & bass), and playing at car shows. He played throughout that span of time, at a special late-night Cantonese restaurant where the locals would fight and throw bottles across the room. In other words, he paved his own path to get where he is now.

While Croker does not admit this, but who knows, he could have even been influenced somehow by the adventures of Sidney Bechet, the clarinetist and saxophonist from New Orleans, who moved to Paris in 1925, and made his mark as one of the first top-tiered Americans on the jazz scene in France, along with the upcoming singer and dancer Josephine Baker. Bechet even had a raucous wedding to a French woman in the streets of Antibes, but then ultimately he was imprisoned for shooting a woman (by accident), then deported after 18 months in prison. Unlike Bechet, Croker left China without a record. 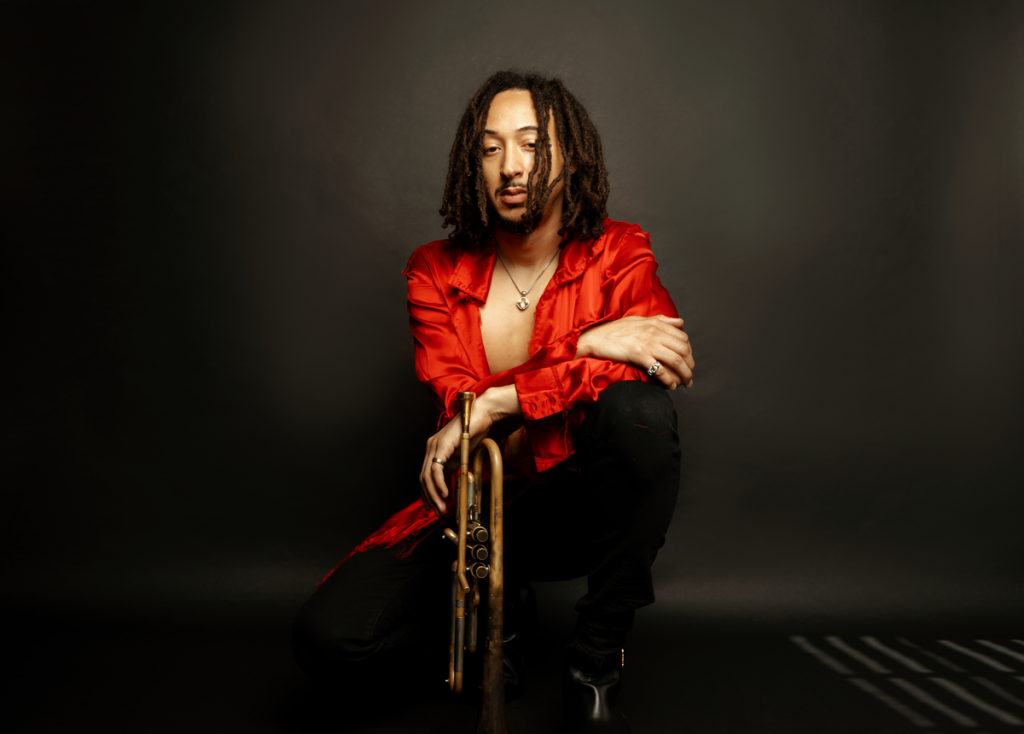 Croker left Shanghai, coaxed by Dee Dee Bridgewater, who he met in China, and she is coincidentally yet another American who has lived the greater part of her career as an expat in France. Croker left Shanghai in 2014, after arriving there at the age of 21, in 2007. The stars have favored him ever since.

Croker is not only influenced by Miles, just to be clear. He notes the bebop legend Dizzy Gillespie as a major influence, and on his recordings he is closer to Roy Hargrove and especially his hip-hop and funk group RH Factor, than the inimitable sound of Miles. Hargrove also contributed to tracks on Croker’s “Afro Physicist.” The newest sound on BLK2LIFE // A FUTURE PAST is similarly most influenced or inspired by contemporary hip-hop, trap, tribal funk, and chiptunes (so possibly the Shanghai connection is revealed there). One of the tracks released as a single and video, “Happy Feet (for Dancers)” featuring Malaya on vocals should be an R&B jazz-pop hit on the radio and the clubs. And so the newest album by Theo Croker is also a call to arms – bringing back jazz to the dancefloor.

The Theo Croker Quartet with Croker on trumpet, Mike King on keyboards, Eric Wheeler on bass, and Michael Ode on drums tours Europe in October and November 2021 at the venues below.