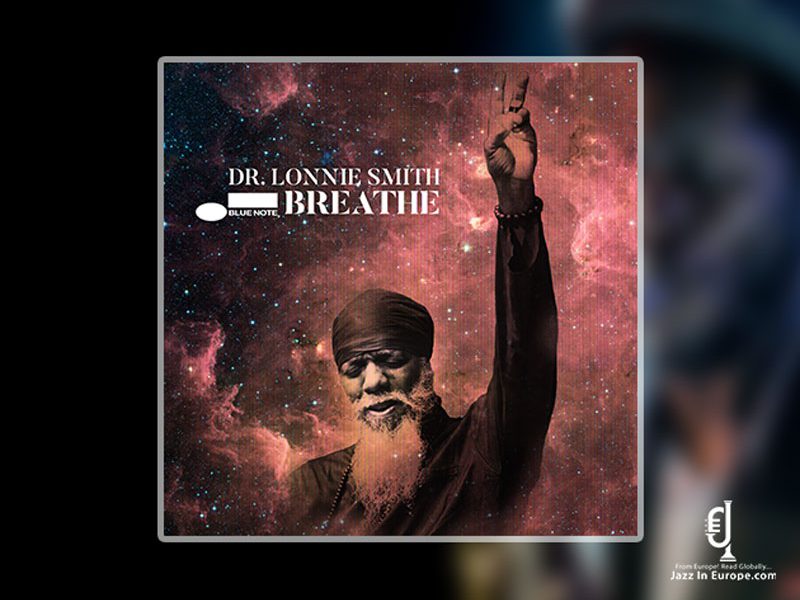 On March 26, Blue Note Records will release Breathe, the third new album by legendary Hammond B-3 organist Dr. Lonnie Smith since his 2016 return to the label where he first made a name for himself in the late-1960s. Produced by Don Was, Breathe is a dynamic eight-song set, six tracks of which were recorded during Smith’s 75th birthday celebration at the Jazz Standard in New York City in 2017.

Smith has recorded over thirty albums as a leader throughout his singular career, but his favorite setting to document his creativity is live. “It’s so hard to capture what I’m feeling at the moment in the studio,” he says. “Hearing me live is catching me playing in the moment. It’s a good vibe. It’s a loving situation.”

Breathe is a companion to Smith’s 2018 trio album All In My Mind, which was recorded during the same celebratory week at the Jazz Standard, and was given a vinyl release last year as part of the acclaimed Tone Poet Audiophile Vinyl Reissue Series. The 2016 album Evolution marked Smith’s Blue Note homecoming nearly 50 years after the organist made his first date for the label as a sideman on alto saxophonist Lou Donaldson’s 1967 classic Alligator Boogaloo. From 1968-1970 Smith recorded his own run of five soul jazz classics from his label debut Think! thru Live at Club Mozambique, both of which were recently reissued as part of the Blue Note 80 Vinyl Reissue Series.

“Blue Note is like family,” Smith says. “It’s like I never left. Everybody is great to work with. They give me the opportunity to play my life, to tell my story.”