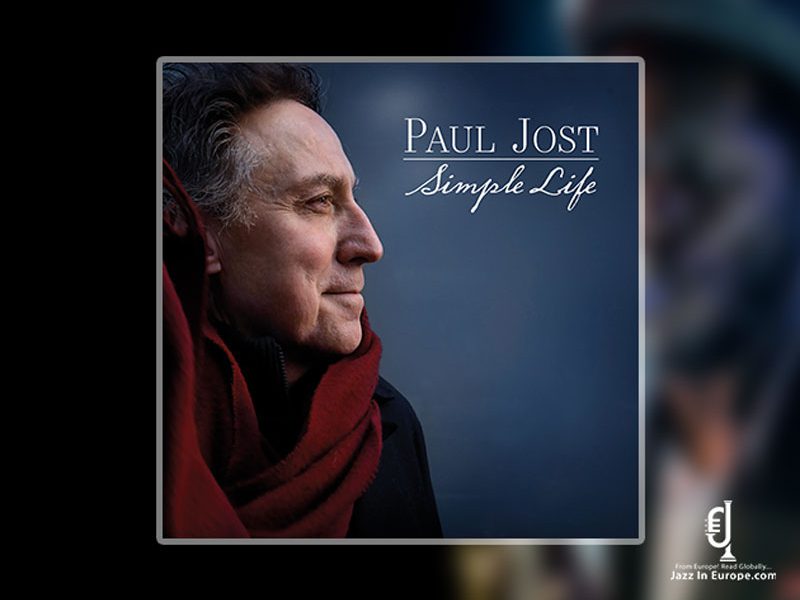 “Simple Life” is Paul Jost’s follow-up to his successful debut release “Breaking Through” and features his quartet with Jim Ridl-piano, Dean Johnson-bass and Tim Horner on drums. The album also features Joe Locke as a special guest on a number of tracks. Paul said, “I was blessed to experience the joy of having these extraordinary musicians and dear friends share both their boundless talent and love in realizing this album”.

The songs included on “Simple Life” not only look back, paying tribute to the tradition, they also look forward to reaching outside the traditional boundaries of the genre. However, this album is even more as it documents a part of Paul’s philosophy and vision. On the album, Paul takes his hand to a number of standards from the jazz repertoire bringing a fresh approach while at the same time respecting their history and place in the American Songbook. He weaves his way artfully through the verse of “Give Me the Simple Life”, brings his rhythmic skills to Ellington’s “Caravan” and provides us with a heartfelt rendition of “Folks Who Live on the Hill”.

Not one to be limited by genre, Paul also takes two Lennon and McCartney classics “Blackbird” and “With a Little Help from My Friends” to task. “Blackbird” is given an up-tempo swing treatment and forms a perfect opener for the album while “With a Little Help from My Friends” is given a soulful twist with some vocal help from his friends. Paul’s instrumental approach is shown on Sonny Rollins “No Moe” as he scats his way through this bop tune based on rhythm changes. Contrasting this is Paul’s rendition of the traditional folk song “Shenandoah” that shows him doing what he does best, telling a story.

One of Paul’s signature songs at his live gigs is the Harold Arlen and Yip Harburg song “If I Only Had A Brain” from the film “The Wizard of Oz”. This lilting ballad showcases Paul’s lyrical sensibilities and, once again, his art of storytelling.

One track that truly grabs your attention is “Everybody’s Talkin'” by Fred Neil. The song, best known from the classic film “Midnight Cowboy”, becomes a canvas for Paul to paint a picture of a subject close to his heart. Paul’s inspiration came from the news a number of years back of Mark Murphy’s misdiagnosis with Alzheimer’s Disease and the lasting impact this had on him. Paul’s rendition takes a look at the anguish one can only imagine when first realizing they’re losing themselves to this terrible disease.

Bob Dylan fans will enjoy his version of “Girl from the North Country”. With every listening, the layers of the onion are peeled back each time displaying a deeper level of understanding of the pathos contained in Dylan’s lyrics.

Paul adds two original compositions to the mix with the waltz “Bela Tristeza” and rounding out the album is a poignant commentary on the current state of the world “Livin’ in the Wrong Time”. A perfect track to close on, leaving the listener with food for thought.

With “Simple Life”, Paul has created an album that not only documents this current period in his career but also sets the tone for all that will come. It’s clear when listening to this album that Paul Jost has staked his claim as one of the most innovative vocalists on the scene today.

Simple Life will be released in the USA on the 29th of March with the Physical release in Europe set for 15 November.