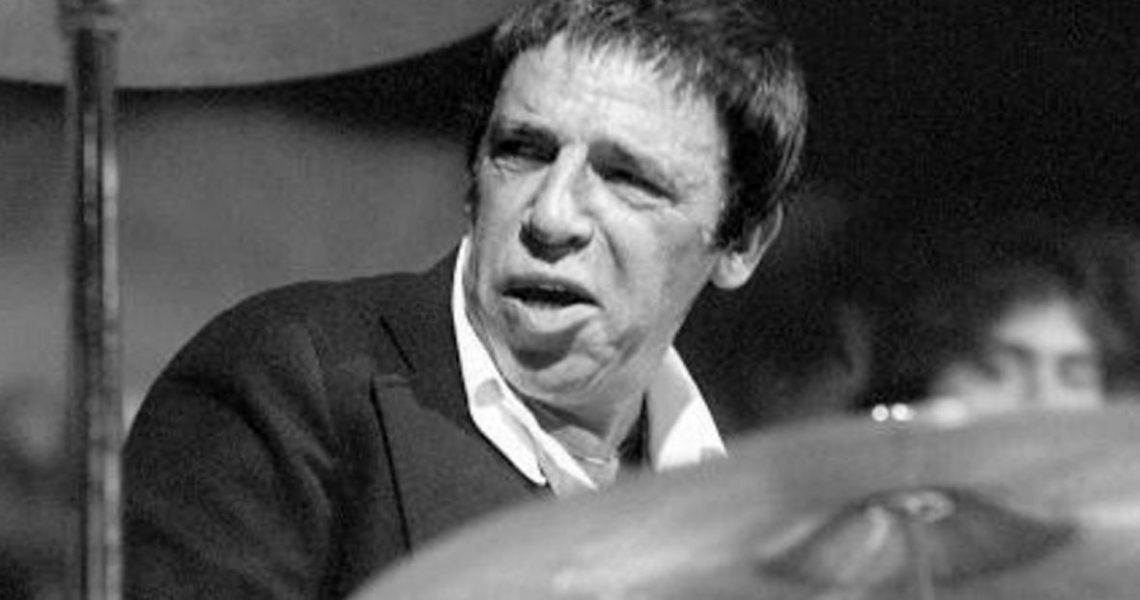 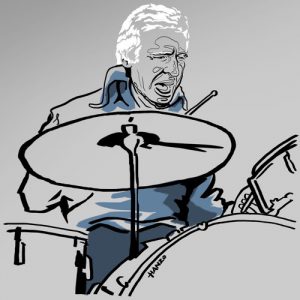 Speaking about the album and the night of its recording, pianist Matt Harris, says “The lead trumpet player, Eric Miyashiro, had split his lip a week or so before that gig and was in a lot of pain when he was playing. You certainly can’t hear it on the recording… Like any of the road bands in that time period, it was always very exciting to record with the band. It made a lot of the other gigs worth it when you finally recorded, and it also documented the band in its true element. Recording studios can be very intimidating for musicians as opposed to a live gig where you’re putting it all on the line.

I think this recording showcases the band at its highest level. You cannot get great studio musicians to sound like this. This recording is the sound of a “road band” unlike any other!”

Throughout his long and prolific career Buddy Rich performed with some of the most legendary artists of the 20th century, from Frank Sinatra and Count Basie to Dusty Springfield and Gene Krupa. His powerful yet virtuosic style of drumming proved hugely influential and extends well beyond the jazz genre, with Led Zeppelin’s John Bonham, Genesis’ Phil Collins, and Queen’s Roger Taylor all citing Rich as an inspiration.

Born in Brooklyn, New York in 1917 to a show business family, Rich began drumming at only 18 months old and by 1921 was known as “Traps, the Drum Wonder” whilst performing with his parents’ vaudeville act. His performance routine soon took on tap dancing, singing and comedy, and he became the second highest paid child performer of the mid-1920s. 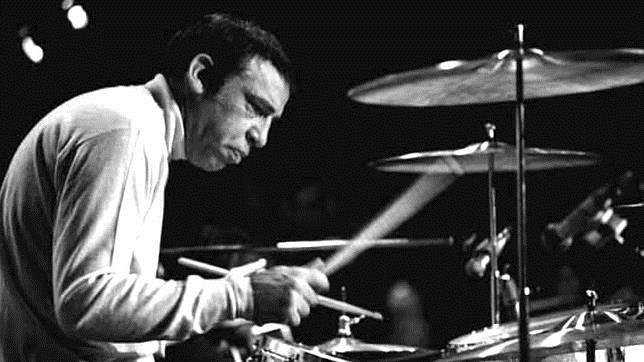 By 1938, Rich had discovered jazz and was playing with clarinettist Joe Marsala’s group, before going on to perform with Artie Shaw and Tommy Dorsey’s big bands. He led his own band during 1945-1947, financially backed by Frank Sinatra, which didn’t take off, before touring with the Jazz at the Philharmonic. He recorded with countless stars for Verve during the 1950s, including Charlie Parker, Lester Young, and Art Tatum.

In 1966, Buddy Rich finally managed to put together his own successful big band, which under different guises became his main group for the next 20 odd years. These outfits – which featured young, unknown players – performed largely at colleges and universities and won over a new generation of jazz listeners. Rich introduced rock and pop arrangements into the band’s repertoire, demonstrating his ability to adapt to his audience’s changing tastes.

Cathy Rich stated in her liner notes “My dad chose set lists for the two nights that I hadn’t heard before. He was always brilliant in choosing the right sets, but this time he shied away from the tried and true and went to places musically that were very different. It was as if he knew that he didn’t have to prove anything anymore and could relax and go wherever he wanted and enjoy it. I think the end result proves just that. For two incredible nights I got to sit in the audience and cheer right along with everyone else. I will always remember that time as one of the greatest moments in my life. Now I can revel in the fact that, thankfully, his last recordings were caught on tape for all of us to enjoy forever.”

‘Just In Time: The Final Recording’ will be available across 4 physical formats and digitally. As well as standard double LP and standard CD, there will also be a special collector’s edition of the album, on triple gatefold vinyl and double gatefold CD, with over 30 minutes of bonus content from the night of the performance, including the incredible extended drum solo from the show’s encore.

The set is available for pre-order here.