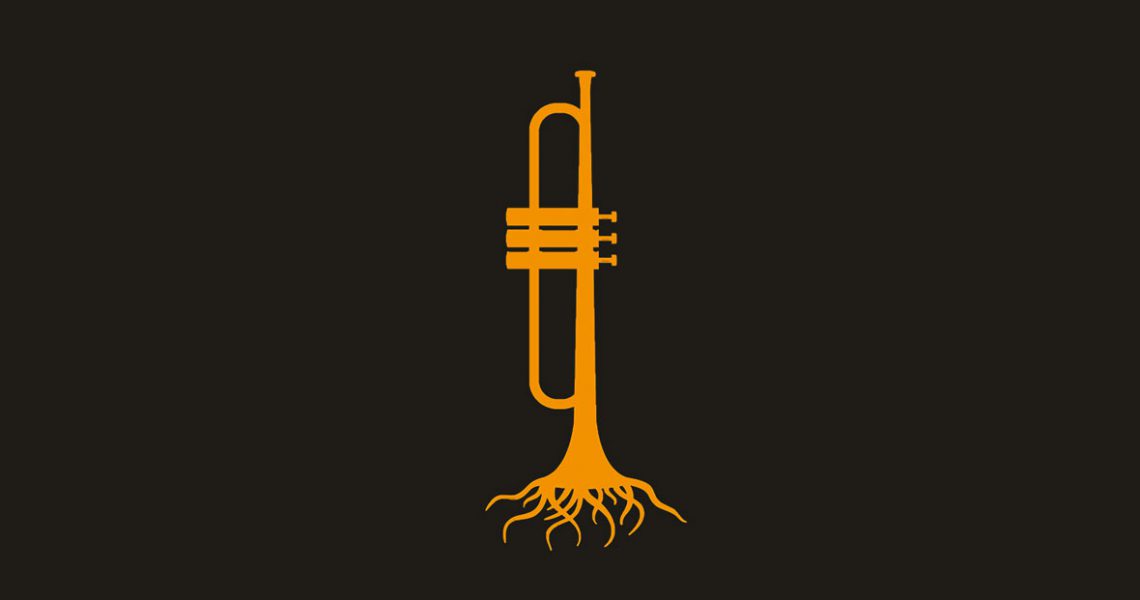 The History of European Jazz: the Music, Musicians and Audience in Context, edited by Francesco Martinelli (Equinox, 2018) 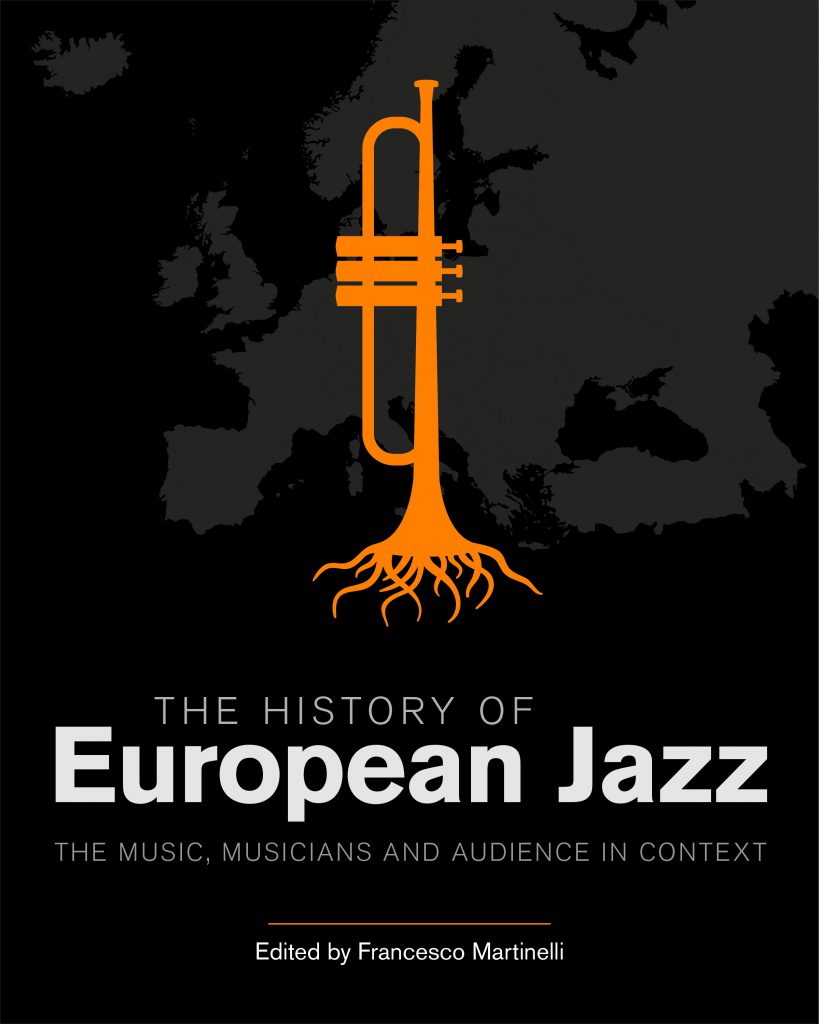 On a recent visit to Istanbul, in Europe’s most south-easterly corner, I visited the Nardis Jazz Club. It was a Monday evening, and the little club was packed, its audience evenly divided between men and women, most of them in their twenties and thirties. They had come to listen to the Can Çankaya Trio, whose playing was as hip and exciting as I have heard in London or anywhere else in the world. I’ve been to jazz gigs from Cape Town to La Paz, but this performance, more than any, made me question my preconceptions of where the music of real quality might be found.

For myself, therefore, this book has come along at exactly the right moment. (At this point I should also declare an interest: my own recent book This is Hip: the Life of Mark Murphy is also published by Equinox.)

The History of European Jazz is a monumental work of international scholarship, which has been part-funded by the EU. The large format, two-column layout means that each page is twice the size you would find in a conventional book. There are 742 pages, with 45 contributors from across the continent, including editor Francesco Martinelli and Equinox series editor Alyn Shipton – both of whom have written sections – plus several translators.

As Europeans, we are still slowly emerging from the ‘American’ era of jazz. In illustration of this, Shipton points out in his introduction that the coverage of European jazz in the second (2002) edition of the standard reference work The New Grove Dictionary of Jazz was dramatically greater than in the first edition, which had appeared in 1988. Of course, over the last two decades modern communications have accelerated the spread of ideas in every aspect of culture, and jazz is no exception. The challenge for non-American jazz musicians and composers has always been to create new forms and styles, so that the music does not merely reproduce something that already exists in America.

The problem of adapting an American-originated art-form into one that better reflects indigenous cultures has been tackled in different ways across the continent. In Finland, rather surprisingly, it has been through the tango; in Hungary it has been the continuing influence of ‘gypsy’ music, which one can also hear in the work of classical composers from Liszt to Bartok. Ethnic instruments, from the accordion to the oud have been brought to bear on music that we might conventionally associate with the piano and the trumpet.

Manfred Eicher’s ECM record label, founded in 1969, has been another important attempt to abandon traditional, familiar approaches to jazz and find something that feels more ‘European’. In recording the music of Jan Garbarek, Eberhard Weber, Terje Rypal, John Surman, Tomasz Stanko and many others, as well as work by the more adventurous American musicians, the ECM project has become a byword for a certain kind of jazz with a distinctive sound: difficult to define, but often more free and spacious, quieter and more contemplative than what we might think of as ‘American jazz’.

In some ways, these distinctions are artificial: American musicians have been ransacking the global music storehouse for decades, incorporating ideas from Africa, Asia, South America and the Caribbean as well as that of the European modernist composers – Ravel, Debussy, Bartok, Schoenberg. A fascination for the music of Spain, for example, has played a major role in the work of Miles Davis, John Coltrane, Chick Corea and others. So Americans know all about European musical traditions, but how much do we Europeans really know about each other?

Editor Francesco Martinelli explains that the sharing of knowledge across our own continent has been inhibited by the myriad of European languages: “There are documented books and articles about jazz in Portugal and Estonia, in Finland and in Poland, each in its own language, inaccessible to most other countries.” When we consider the quality of the music that has emerged from, say, Poland and Norway in recent years, this is unfortunate, to say the least.

The History of European Jazz – interview from Europe Jazz Network on Vimeo.

Hence the importance of this book, published in just one language – English. At last, we have a single publication that brings together a vast collection of knowledge and ideas and traditions, many of which have never travelled beyond certain national boundaries. Each chapter not only narrates the development of jazz in each country but includes a separate bibliography and listening guide. The chapters are grouped regionally: The Baltic States, Scandinavia, Central Europe, and so on. These groups include an area called Europe/Asia, incorporating Turkey, Azerbaijan and Armenia (although not Georgia). A final grouping, for material that transcends national boundaries, is entitled ‘Themes’, and here we find essays on such topics as manouche music (aka ‘gypsy jazz’), film and festivals.

The focus is largely historical. American ragtime and cakewalk musicians were already visiting Europe by the end of the 19th century. Soon afterwards, in many countries, early jazz came under nationalistic and racist attack because of the music’s perceived low status as ‘primitive’ or simply ‘negro’. This did little to dent its popularity with the public. In the mid-1920s a revue bizarrely named Chocolate Kiddies toured Europe. Its music was written and arranged by the young Duke Ellington, and it proved a smash hit in Germany, Spain, Scandinavia, Hungary, Austria, Bulgaria and Russia. Paul Whiteman’s ‘Symphonic Jazz’ orchestra toured extensively in Europe from the early 1920s, and visits by stars like Sidney Bechet and Louis Armstrong also helped jazz take root on this side of the Atlantic. In the 1960s and 70s, as American interest in jazz waned in favour of rock and pop, there was another major influx of American jazz musicians to Europe’s capitals – Stockholm, Copenhagen, Paris, London. And still they flood in, bringing their music every Summer to hundreds of jazz festivals from Croatia to Portugal. But of course the traffic has been flowing in both directions for decades.

In the years up to 1989, life was particularly difficult for Eastern European jazz musicians. Under Stalinism, jazz was deemed “as dangerous for communist aesthetics and ideology as Coca-Cola”. Maxim Gorky, the architect of socialist realism, described a new foxtrot recording he heard on the radio as “a wild screaming, whistling, thundering, wailing, roaring, crashing”. To him it sounded like “a mad orchestra in a state of sexual mania”. 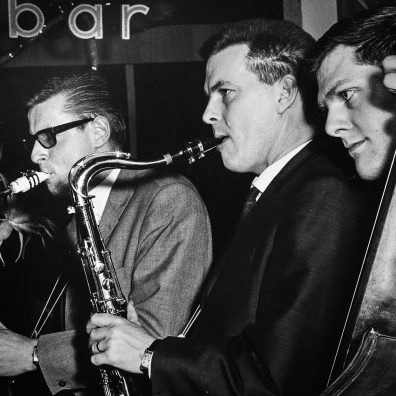 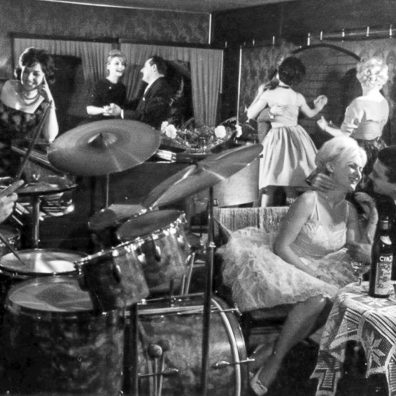 p.327 (Hungary) – The duo of Jószef Szabó (piano) and Jenő Bearnter (drums) entertains dancers at the bar of the Hotel Duna in the late 1950s (credit Fortepan) 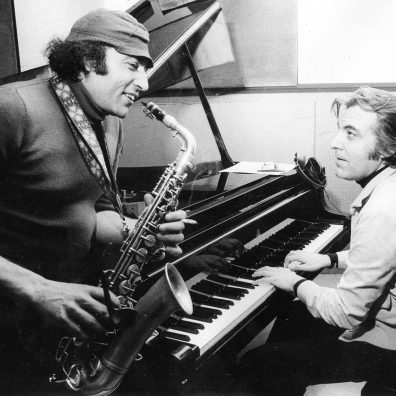 In Romania, a series of repressive governments, both left- and right-wing, was followed by the dictator Ceausescu’s reign of terror. Yet even here jazz managed not only to survive but to develop in a nationally distinctive form, influenced by an avant-garde tradition in its literature, visual arts and architecture.

Under Soviet rule, artists of all kinds faced severe travel restrictions. But in more normal times jazz musicians have constantly travelled from one country to another within Europe. This non-stop intermingling has led to the rapid spread of certain global trends, such as the transition from banjos and clarinets to guitars and saxophones. Technological change has been a universal experience: in the early part of the 20th century, jazz became popular across Europe through the availability of records and films; conversely, after World War II, jazz orchestras everywhere began to decline due in part to the arrival of television.

The law of unintended consequences has also had its influence on European jazz: institutions like the University of Music and Performing Arts in Graz, Austria, and the Norwegian University of Science and Technology at Trondheim have contributed to a great upsurge in jazz education. Yet this has led to an over-supply of brilliant players, while the number of venues has stayed the same or declined, and in many countries, the audience for the music has aged and fallen away.

There is no precise cut-off date for the period covered by this mammoth book, but the 20th century was always intended as its main focus since academic writers need some degree of historical perspective. However, in some regions of Europe, particularly the former Yugoslavia, recent political events have been so volatile that the coverage extends as far as 2010.

Inevitably in a project on this scale, there are omissions and imbalances. The British chapters, for example, are overwhelmingly about jazz in London, with little about what goes on in the rest of England. They make scant mention of Scotland; Northern Ireland is mentioned once, and Wales not at all. These countries have a combined population of more than ten million. By contrast, Iceland (population 340,000) and Luxembourg (590,000) are given a whole chapter each. I have heard jazz musicians in Malta (430,000) but the country is not included.

To call The History of European Jazz fascinating is something of an understatement. Every chapter is full of extraordinary information. In Estonia in 1948, the Central Committee of the Communist Party “declared jazz was a weapon of imperialist ideology” and built special transmitters to generate static in order to obliterate Willis Conover’s Voice of America jazz broadcasts. In the Czech Republic, they created a new musical scale, the podhalanska (‘a Lydian dominant scale and an amalgam of Lydian and Mixolydian modes’). And who knew that hidden away in Paris’s Porte de Clignancourt flea market is La Chope des Puces, a tiny club for Roma jazz musicians.

Most of all this is a book about people, the many thousands scattered across an entire continent who made it their life’s work to bring jazz to a sometimes baffled or hostile public. Belgium, for example, not only gave us Toots Thielemans and Francy Boland but Adolphe Sax, inventor of the saxophone. Even tiny, beautiful Montenegro has made its contribution to jazz through the work of pianist Lazar Vuckovich,  who together with his family was kicked out of the country by the Communist authorities, and made a new life in the US.  Playing and recording with the likes of Eddie ‘Cleanhead’ Vinson and Bobby Hutcherson. Greece too was in the grip of authoritarian rulers until 1974; here, it was with the appointment of singer Melina Mercouri as Minister of Culture that jazz really began to thrive. And I confess that before reading this book I was not aware of the Armenian pianist and composer Tigran Hamasyan. After hearing him play at the Orleans Jazz Festival, Herbie Hancock said, “A-may-zing! Now, Tigran, you are my teacher.”

The History of European Jazz costs €223.00 ($280, £195). If that seems way too expensive, it is worth remembering that in 2002, the second edition of Grove was priced at £250 (then around $390). Any future paperback edition of this book will be considerably cheaper than the hardback which, however, is available now.

More Information can be found at the Equinox Publishing Website.