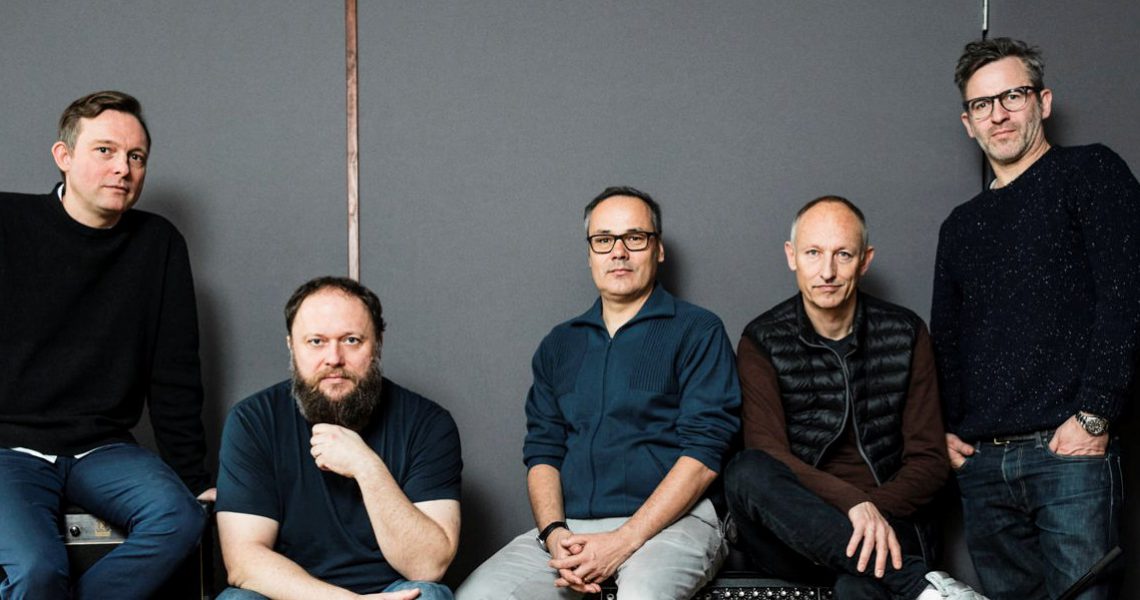 Editors note: Jazzanova go on a European tour in September 2018, details included below.

Jazzanova was a leader on the nu jazz/electrojazz scene since the mid-90s as a collective of Berlin-based DJs and producers. They are iconic DJs in their own right, who shifted gears to concentrate on producing music for studio albums and occasionally touring as a band to perform songs from their studio releases. Their previous studio release with all original music was in 2008, so after a decade, Jazzanova is finally back with a new release of original music, “The Pool” (2018).

Electrojazz came of age in the mid 90s, and at the heart of the jazz-club dance, movement was a fluid group of young Germans with rotating guest-vocalists who were mostly auslanders based in Berlin, recording originals and producing remixes for their own independent label Sonar Kollectiv.

The best-known compilations from that era, such as Saint-Germain-des-Prés-café, Future Sounds of Jazz, or Gilles Peterson’s Worldwide series feature Jazzanova, and Jazznova’s own tracks and remixes are like classic oldies in any mix of nu jazz, chill-out, lounge jazz or even jazzhouse of that era.

They are also co-pioneers of Latino-house on seminal projects with Masters at Work, the legendary Latin DJ/producer duo (“Little” Louie Vega and Kenny “Dope” Gonzalez) from New York City.

Nu jazz started to become old music over a decade ago, and so Jazzanova, which includes at the core, Alexander Barck, Claas Brieler, Jurgen von Knoblauch, Roskow Kretschmann, Stefan Lesiering, Axel Reinemer shifted to other activities still in the name of jazz and its propagation to a younger generation.

At the invitation of Blue Note Records, back in 2005-2006, Jazzanova compiled two noteworthy double-album releases, with hand-picked treats from the Blue Note catalogue. “Blue Note Trip—Jazzanova,” and the quick follow-up “Blue Note Trip Scrambled/Mashed—Jazzanova” are both issued on Blue Note Records. The first effort focused on hard-bop from the 50s and 60s with Horace Silver, Lee Morgan, Donald Byrd, and Freddie Hubbard. The project has also helped to revive a few careers for long-neglected jazz artists including Bobbi Humphrey, and Bobby Hutcherson.

The second compilation is more like a DJ set in a dance-club but with contemporary jazz like Robert Glasper and rappers’ remixes alongside stalwarts like Grant Green, and with rarities deserving a new generation of fans by non-traditional jazz and latin-jazz artists like Bobby Montez, Brazilians Egberto Gismonti, Djavan, Ivan Lins, disco-jazz by Maze or progressive groove by Medeski, Martin & Wood.

With these compilations, Jazzanova unveiled a part of the history of jazz, which they have always been inspired by, and as they have described their role in jazz themselves–their DJ sets have always functioned as a Trojan Horse, allowing them to smuggle older jazz gems into a dance-oriented DJ set.

Their connection to Blue Note also seems to have been destined, since this most famous American jazz label was founded in 1939 in New York City by two German immigrants, Alfred Lion and Francis Wolff, who were childhood friends in Berlin. Jazzanova’s compilation side-project with Blue Note also seems to be the ideal foundation for their second album, “Of All The Things “ (2008), released on Verve, another iconic jazz label, which was also an arch-rival to Blue Note in the 50s-60s heyday.

“The Pool” is similar to their earlier releases, songs sung in English by rotating vocalists with first-rate sound production; as if Berlin is replacing Detroit’s Motown for a nu funky-soul sound. However, Jazzanova’s studio recordings are not a retro-sound, rather it still manages to be an innovative and mostly danceable nu-pop sound for Europe with vintage American jazz, hip-hop and soul at its heart.

Electrojazz, nu jazz or future jazz was ignored then vilified by jazz purists from the start, and it’s still not accepted as a genuine part of the jazz family; but German jazz lovers, the Jazzanova collective, and their southern compatriots at Compost Records in Munich have helped to revive jazz for a new generation globally as much as any Grammy Award-winning “new” jazz artist of the last decades.