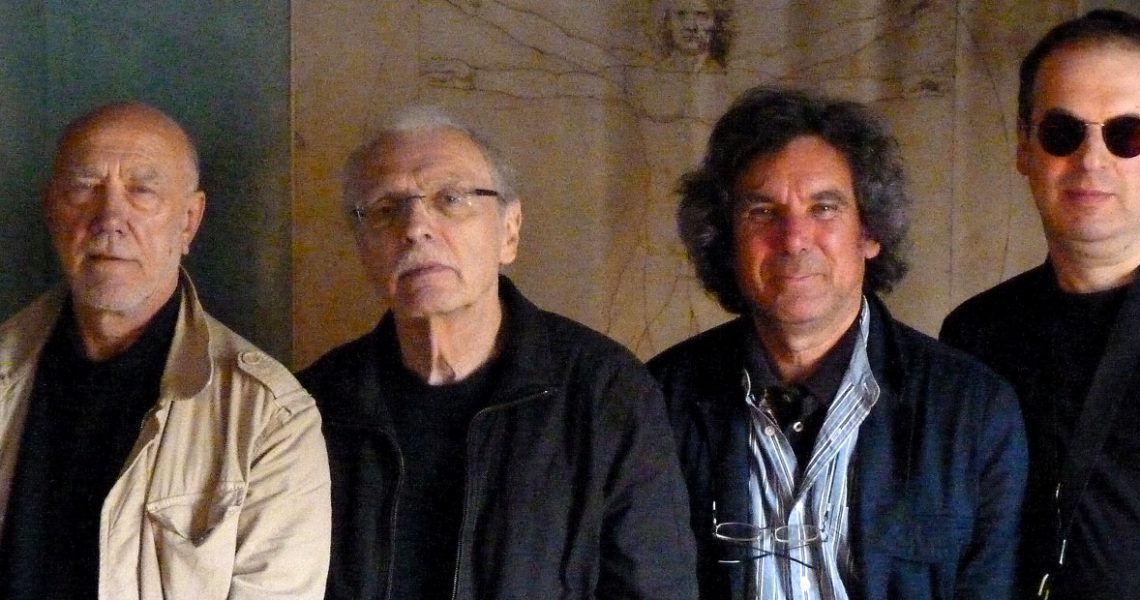 Soft Machine is a legendary English avant-jazz rock fusion group most prominent in the late 60s through the mid-70s. They evolved from a psychedelic-rock band to a most influential, experimental progressive rock-jazz ensemble with a continual turnover of respected musicians from 1967 till 1984. These days Soft Machine continues with three former members to help ensure that their sound lives on.

In the mid-60s, the Soft Machine was an up and coming underground psychedelic-rock band from the Canterbury scene in the same circle as Pink Floyd, who was led at that time by the mystic vocalist, Syd Barrett. The musicians of the earliest incarnation of Soft Machine are even the uncredited back-up band for several songs on Barrett’s solo album “Madcaps Laughs,” (1969).

By the early 1970s, Soft Machine (now including Elton Dean, saxophone, and Hugh Hopper, bass) was embarking on an impressive experiment, despite the soon departure of Robert Wyatt; all instrumentals, combining free form jazz and progressive rock sounds in improvisations, with cut and paste editing techniques and tape loops integrated later in production. This was a revolutionary sound for its time; inspired by the free-form explorations of John Coltrane’s Love Supreme session, yet done so soon after Miles Davis’ influential “Bitches Brew” recording (1969), Soft Machine was thus right in step with Miles’ aftermath, meaning the multitude of projects by “Bitches Brews” contributors including, soon-to-be jazz-rock fusion giants like John McLaughlin, Chick Corea, Joe Zawinul, and Wayne Shorter.

Perhaps as a reaction to the jazz-rock fusion phenomenon in the States, as well as due to ongoing personnel changes, beginning with just a few songs on the Soft Machine’s “Sixth” jazz-fusion recording (1972), the group began a return to more structured songs and be less influenced by free-form jazz, while their psychedelia-charmed roots and experimental progressive rock sound continued to evolve.

In 1975, for their album “Bundles” they swerved back to jazz fusion with the guitarist Allan Holdsworth. Their last album, “Softs,” was released in 1976, and on this one, John Etheridge replaced Holdsworth on guitar. Soft Machine meanwhile was breaking up while recording this last album.

Various incarnations of the group have kept the name alive since that time, such as Soft Machine Legacy which was formed in 2005, after previous Soft Machine reunions first called Soft Ware then Soft Works proved there was still a strong interest in the group and its many former members.

In 2015 they returned to the original name Soft Machine with three original members, John Etherridge on guitar, John Marshall on drums, and Roy Babbington on bass, and with Theo Travis on soprano and alto sax, flute, loops and electronic effects. Electric guitarist Eldridge joined the group in 1976, for their last recording; Marshall is a core group member since 1971, from their “Fifth” recording; Babbington first played with Soft Machine in 1971 as a guest on their important “Fourth” recording); Travis, as a spiritual brother, played formerly with the iconic 70s progressive-rock, jazz-rock fusion band Gong.

Editors Note: You can find more information on Soft Machine and their releases on Guitarist John Etheridge’s Website.