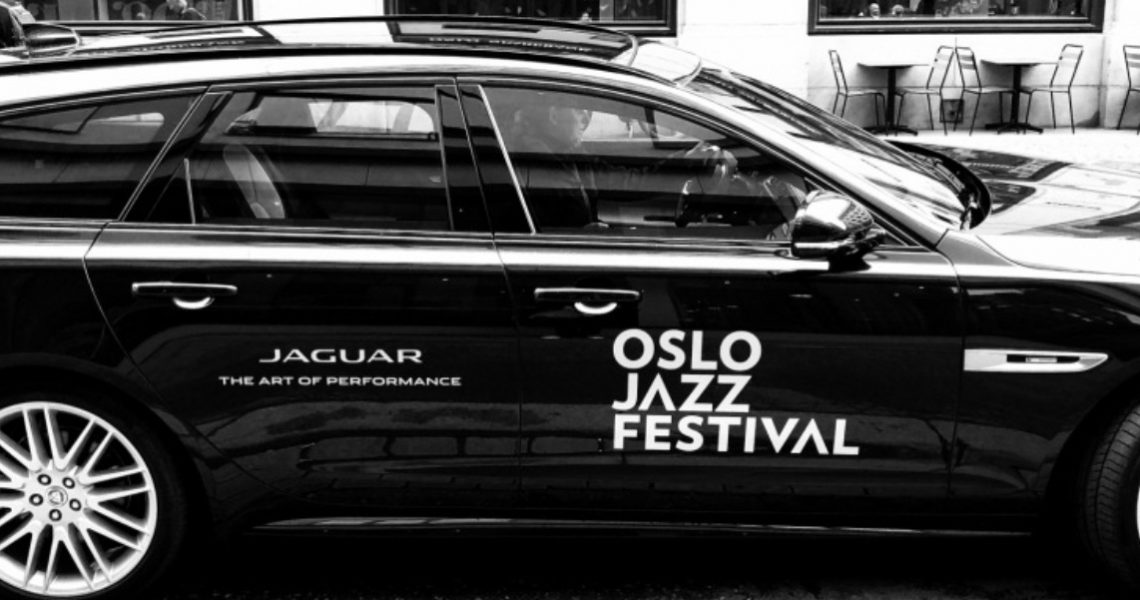 I was extremely lucky to be asked to go to the Oslo Jazz Festival this year on behalf of Jazz in Europe. I had never been before, or in fact been to Oslo, so it was a thrilling treat for many reasons.

The Oslo Jazz Festival, which has been running since 1986, was initially set up to support and showcase more traditional Jazz but it has grown into a hugely diverse programme, all under the heading of Jazz to suit all ages and tastes. This year, there were 90 concerts held at 18 venues across the city centre and a huge variety of masterclasses and workshops. It is the diversity of the programme that is one of the many wonderful elements of this festival. The audience is hugely varied and this is fully supported by a wonderful program to suit all needs and desires. I witnessed a very strong and quite inspiring sense of community spirit while I was there and Norwegian musicians are given significant support to the likes of which, I have not seen before.

I had very little time in Oslo, so signed myself up to a Jazz City Sightseeing walk with Jazz and city historian Bjørn Stendahl. He was awarded the ‘Ella’ prize last year and is described by the Oslo Jazz Festival committee as:

‘a stable oak tree, a fixture in the community, with roots spreading in all corners of Oslo’s jazz scene, be in audiences, on stage cleaning a drum set, or around the jazz clubs’.

I was very excited until I arrived and he explained to me that the two-hour tour would be in Norwegian. Of course, I didn’t even think. He told me to just pull him aside at any point of the tour and ask any questions. He then presided to talk in Norwegian for 20 mins, very excitedly with his audience looking thrilled. Every now and again, I heard ‘Billie Holiday’ or ‘Miles Davis’. And then we started walking. Luckily, he was kind enough to spend some time with me after the tour and answer my many questions. I discovered that Oslo has a very rich Jazz history and most of the Jazz legends have played in venues in the city centre – Miles Davis, Sidney Bechet, Monk, Billie Holiday, Count Basie, Louise Armstrong, Ella Fitzgerald to name a few and many of them used to hang out at the gorgeous Grand Hotel. His knowledge is indeed significant, and if you can read Norwegian, I imagine his books are wonderful. He was so excited to share his knowledge with me, and you could clearly see his love for Jazz and for Oslo itself.

‘What a great question, but also hard. As a child, I played the flute and the keyboard, and as a teen, I studied music in a college. I did not want to proceed with studying music, but I guess I felt I lost something when I stopped.  I have always been a massive fan of jazz, my father used to play jazz records when I was a child, so I wanted to be in an environment that appreciated jazz music and knew more about it than I. So, I came across this festival in my city and I got involved. Everyone has been so welcoming. It has been a lovely experience and an enrichment to work with the festival, the volunteers, the guests and just listen to amazing new and old music. If that makes sense?’

Yes, it made perfect sense.

The Oslo Jazz Festival offices are situated in a truly glorious building, which is also where many of performances took place. The surroundings were stunning. The building –  Sentralen – is magnificent and I loved everything about it. I was lucky enough to be given a tour by the building’s Director, Martin Eia-Revheim, and I was quite frankly, blown away. The architecture, by Atelier Oslo and Kima Arkitektur, is stunning and a wonderful combination of old and new. The building was initially opened as a bank in 1901 and now has six venues and houses offices for over 350 people who ‘produce different cultural expressions or work on finding new solutions to social challenges’. I highly recommend a visit to anyone who is in Oslo. 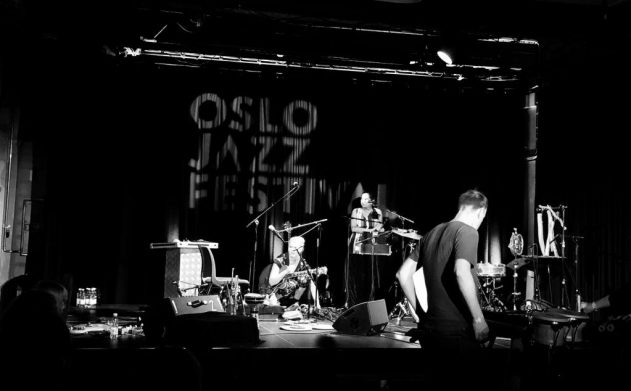 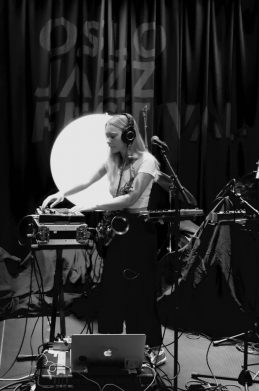 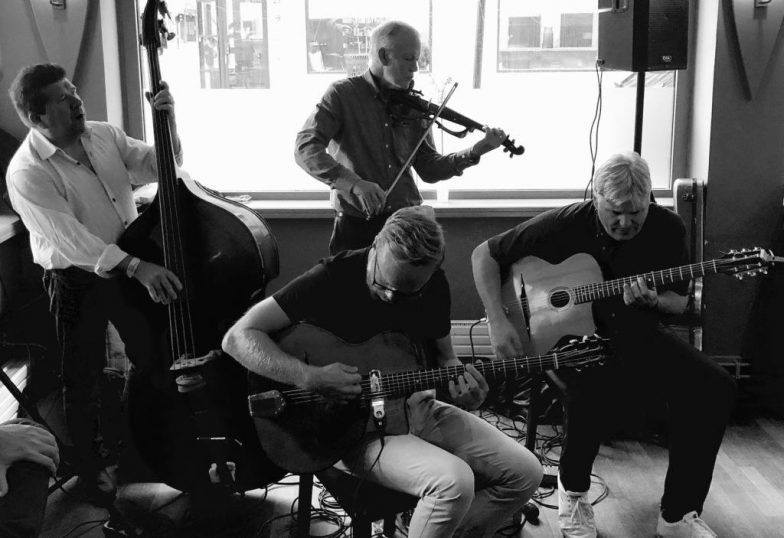 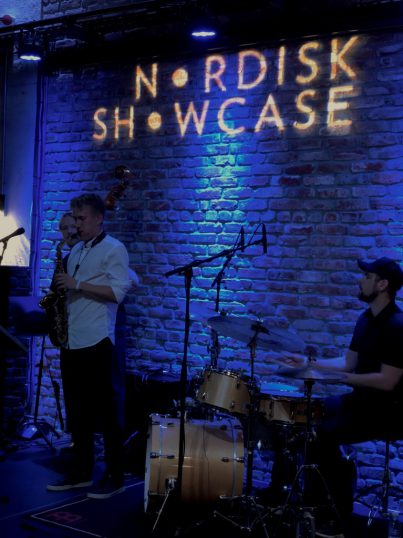 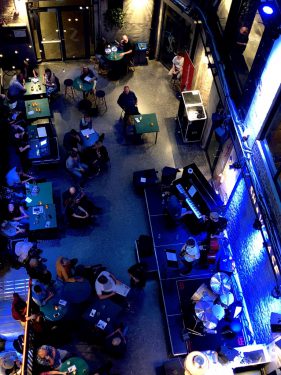 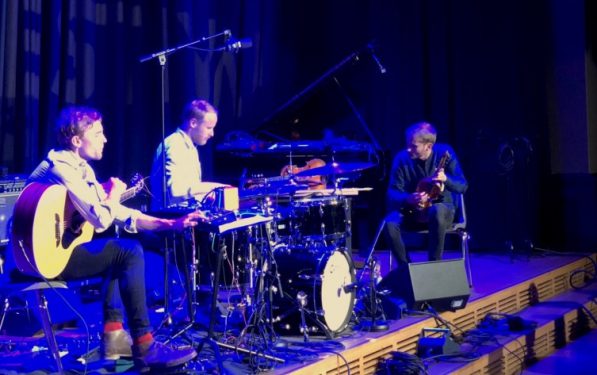 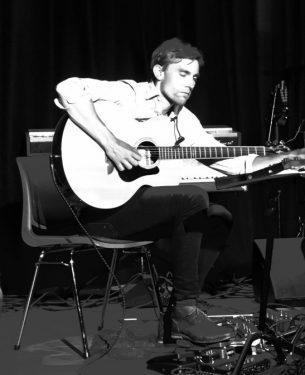 I was fortunate to see many musicians perform over the few days I was there. Here are a few that stood out for me:

The Erlend Apneseth Trio. Erlend Apneseth, who is considered Norway’s most well-known violinist, performed at Sentralen with his drummer Æyvind Hegg-Lunde and guitarist Stephan Meidell. An excellent, gentle set, with a wonderful jazz and folk combination. Strong musicianship and a wonderful sense of feeling that the packed audience clearly engaged with.

Arild Andersen was astounding. Just him and his double bass. I was intrigued to see how he would engage the audience just on his own for a whole set, but he did this superbly. He took us through a wide variety of grooves and played beautifully. His touch was moving and emotional and you really felt that he was at one with his Bass.

The Hot Club de Norvege, was the ‘entertainment’ during breakfast at the sponsored hotel. Not your average hotel entertainment, inspired by Django Reinhardt (who played in Norway in 1939), this string quartet performed a set, reminiscent of the 1930s and Paris, technically referred to as ‘gypsy jazz’ – and I must admit, this was my first live Jazz breakfast, and it went down really well with everyone. I have never seen a hotel breakfast time full of such a mixture of emotions. At times, it was relaxing and calming and at other times, the temptation to dance was strong – a few couples did get up and move around the packed floor.  It was a wonderful idea for breakfast.

Jazz in Khartoum, is a regular Tuesday night feature in the city, where ‘improvisation and spontaneity are the focus’. This was moved and incorporated into the festival and I spent a little time trying to immerse myself in the world of free jazz. This is not my area of expertise, but the audience was packed and clearly inspired by the music created in this room. The guitarist, with a spanner in his guitar, the vocalist using a water bottle and a brush to create some fascinating sounds, was an emotional experience.

The artist that stood out for me, was Laura Misch, for many reasons. It hadn’t occurred to me until I saw her set, that I had only seen male musicians. There was a reasonable gender balance, but still, a male-dominated programme although this is something they are working on. I had not heard of Laura before but felt I should have. 80% of the programme is dedicated to Norwegian musicians, understandably, with the remaining percentage available for international artists. One of these was London based Laura – an excellent example of contemporary jazz. She played a solo set, but solo for her, is playing the saxophone, singing and her laptop, which she uses to incorporate live looping and to trigger various grooves – the sound was full and the textures she created using all of her tools, were exceptional.

And finally, the Nordic Showcase, held in the Winter Room at Sentralen, was the place I found the most inspiring. The showcase is set up to support new and emerging Norwegian artists, and what an amazing array of musicians I heard. I asked the festival Director, Edvard Askeland about the concept behind this and he said:

‘it’s one of the few arenas In the Nordic region where new talent in Jazz can both showcase and develop their talent with master classes led by established musicians. We also, even go to the prisons. The musicians sometimes come back crying. It’s really moving’

The venue itself was the perfect setting. The vibe was sublime. A place to sit back, relax and just immerse yourself in new music and great people. This summed up the entire festival for me.

Overall, I had a truly wonderful time and I highly recommend going. Why? I was in an environment full of warm, friendly, welcoming people who had all gathered in a beautiful city to hear some great music.