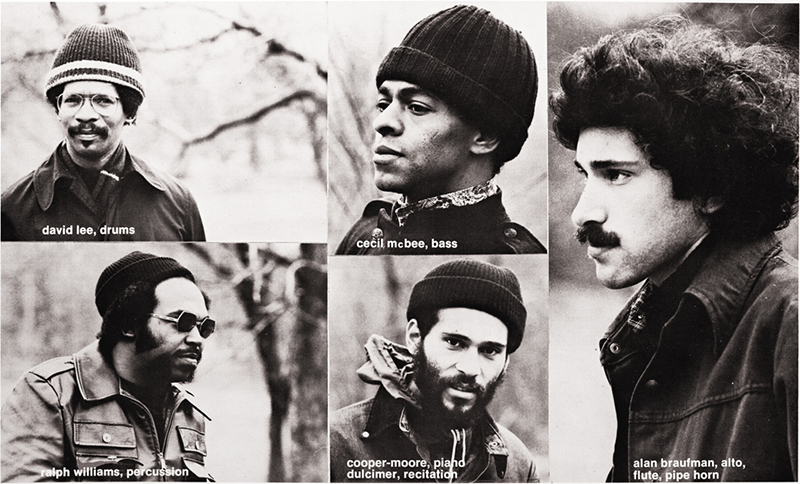 June 29 will see the re-release of Alan Braufman’s album “Valley of Search.” Alan Braufman was one of the exponents of the 1970’s downtown NYC loft jazz scene. Originally released in 1975 by India Navigation, Valley of Search has enjoyed a cult status and captures a unique and very alive historical slice of New York’s creative improvised jazz underground. Apart from Braufman the album also features Cooper-Moore – piano, Cecil McBee – bass, David Lee – drums and Ralph Williams on percussion. In addition to the release it has just been announced that Alan and his band will perform his free jazz album Valley of Search live for the first time in over 40 years, followed by a second set of recent music.

The concert will take place at the at National Sawdust in New York on the 3rd of August. More information can be found here.

Clifford Allen has penned this detailed look at the scene that spawned this recording.

What we know of Downtown New York comes from the countercultural and creative flowering that emerged in lower Manhattan in the 1960s, attributable to cheap live-work spaces called lofts. These were often abandoned and disused small manufacturing spaces and they became a nexus for artistic practice and life. From a jazz perspective, lofts were alternatives to the club scene, and they gained notoriety in the 1970s. Places like Studio We, Studio Rivbea, The Ladies’ Fort, Ali’s Alley, and Environ became central in the development of the new music. But even the underground had an underground, and the happenings at 501 Canal Street on the West Side were a point of activity in which a small but dedicated number of people took part.

In 1973 a cadre of free improvising musicians relocated from Boston to lower Manhattan: pianist Gene Ashton (now known as Cooper-Moore), bassist Chris Amberger, and saxophonists David S. Ware and Alan Braufman. All had studied at Berklee College of Music, though they stood apart from most collegiate musicians. Ashton secured the building at 501 and the rent for the each of the four usable floors was $140 a month. The first floor became a performance space, while Ware and Braufman took the front and back of the second floor, respectively. Ashton was on the third floor with his young family, and Amberger was on the fourth. Later, drummer Tom Bruno and his partner, vocalist Ellen Christi would take Amberger’s spot. Along with bassist David Saphra and drummer Ralph Williams, the Braufman-Ashton unit became the house band, rehearsing regularly and performing in the storefront. 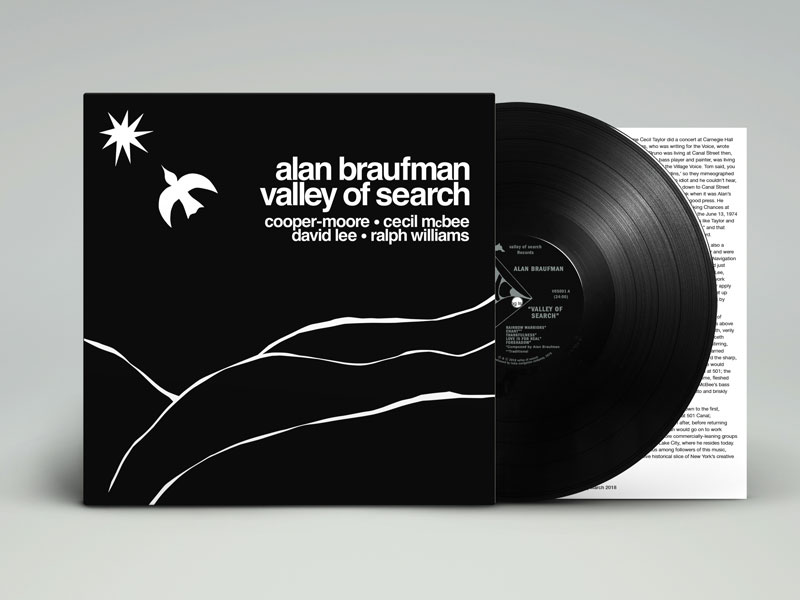 Braufman was born in 1951 in Brooklyn and raised on Long Island, moving to Boston to attend Berklee in 1968. In his own words, he “started playing clarinet at eight; my mom was deeply into the music, so she would play Mingus, Eric Dolphy and Coltrane. It grabbed me – there was something exciting about it that I didn’t hear in other music, so no matter what I was going to be a musician. When I was thirteen I got my first saxophone. I had a teacher who could teach me how to play but not how to improvise (which is what I wanted to do) so I had to figure it out. I didn’t know changes, but I could pick out the patterns that were happening in free music and I could figure out what to do. I would teach myself patterns and scales, figure out some harmonics – I was self-taught until I got to Berklee.”

Braufman’s sound — “Alan had a huge sound on alto and voice that was his, and that was rare in a town where you had lots of young players coming up” (Cooper-Moore) — was immediately appealing and rooted in such forebears as Jackie McLean. In Boston, he made other connections, including drummer David Lee Jr.’s wife-to-be who ran the coat check at the Jazz Workshop. The saxophonist parlayed that into working lights at the venue and, more importantly, a friendship with Lee that resulted in the percussionist’s place on this album. Braufman also sat in at the Jazz Workshop, which is how he met future mentor and collaborator Cecil McBee, whose partner Lucia, an artist, was also living in Boston — in this case, on the bandstand when the bassist was coming through town with Pharoah Sanders. Braufman later played on McBee’s debut Strata-East LP Mutima, recorded in New York in May of 1974 and a precursor to the bassist’s role in Valley of Search.

As Cooper-Moore tells it, “when we moved to 501 Canal Street… that’s when I got to really play with Alan. When we started putting on concerts, we used the same musicians but [depending on the day it] would be either his band or my band. It was around that time Cecil Taylor did a concert at Carnegie Hall with his orchestra, and Gary Giddins, who was writing for the Voice, wrote very badly about David S. Ware. Tom Bruno was living at Canal Street then, along with Ellen Christi. Philip Polumbo, a bass player and painter, was living on the top floor, and they were all working at the Village Voice. Tom said, you know, ‘we gonna get back at this guy Gary Giddins,’ so they mimeographed these posters, little sheets about how Gary was an idiot and he couldn’t hear, he really didn’t know the music and he should come down to Canal Street sometime and hear what’s going on there. So one week when it was Alan’s band, Giddins showed up and reviewed us, and we got good press. He thought that the space was loud but the headline read ‘Taking Chances at 501 Canal’ and then people started coming.” The article, in the June 13, 1974 issue of the Voice, discusses the music as it relates to figures like Taylor and Don Cherry, and notes the programs’ “kaleidoscopic densities” and that Ashton and Braufman’s linkage is what pushes the music forward.

Valley of Search is a document of the music at 501 Canal, but it’s also a document of relationships — people who lived or worked together and were humanly close. Braufman met Bob Cummins, the founder of India Navigation Company, at a party at McBee’s apartment in Harlem. The label had just been conceived, and Braufman would be its second artist. McBee, Lee, and Williams were obvious foils for their place in the saxophonist’s work and life, the latter providing a bevy of instruments that he would later apply to work with trumpeter Wadada Leo Smith. In late 1974, Cummins set up microphones in the building’s storefront, documenting two short sets by the band with no alternate takes or additional cuts.

Invoking with a dulcimer and bowed bass drone undergirded by flits of percussion, Ashton chants the Bahá’í prayer “God sufficeth all things above all things, and nothing in the heavens or in the earth but God sufficeth, verily he is in himself the knower, the sustainer, the omnipotent. God sufficeth all things above all things…” granting the music’s higher search a stirring, declaratory shout amid mountain strings. Soon, liquid alto keen, harried screams, and rhapsodic piano chunks edge a dense fracas toward the sharp, sinewy groove and foamy crests of the following movement. One would imagine that the music on this recording reflects the overall feel at 501; the compositions are among those that were in their book at the time, fleshed out with a powerful array of percussion, whistles, and cries, McBee’s bass steadily thrumming and in counterpoint to burred, throaty alto and briskly twined piano.

When Bruno and Christi moved from the fourth floor down to the first, that was the end of performances as they had been at 501 Canal; Ashton relocated to his home state of Virginia soon after, before returning to New York in 1985 as Cooper-Moore. Braufman would go on to work with drummer William Hooker and his own more commercially-leaning groups (as Alan Michael) before relocating to Salt Lake City, where he resides today. Valley of Search has enjoyed a cult status among followers of this music, and it captures a unique and very alive historical slice of New York’s creative improvised underground.

* Originally released in 1975 on India Navigation