Joey Alexander To Release Eclipse, His 4th & Most Personal Album To Date. 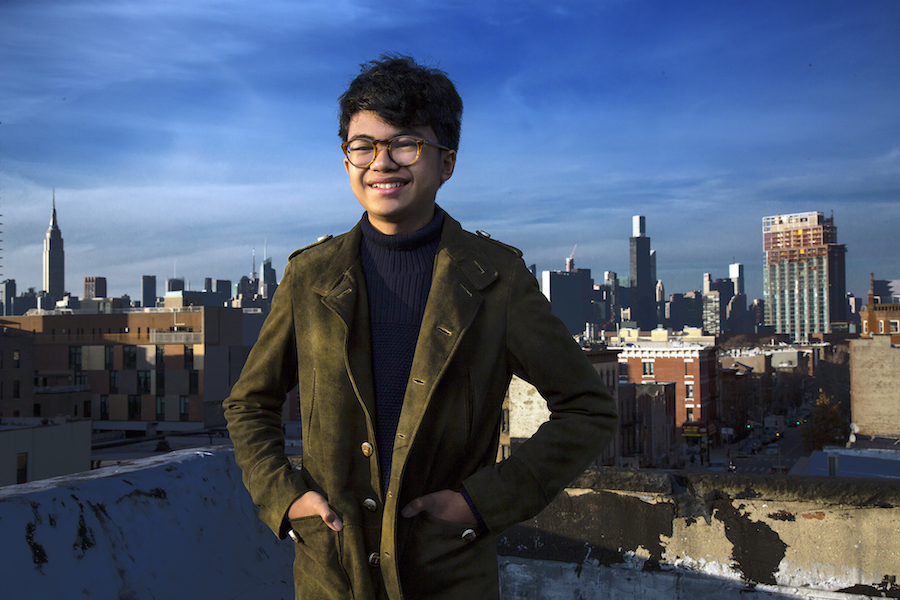 Too often, talented young artists succumb to believing so much in their own ability that they lose sight of their true potential as significant contributors to their field. Thankfully, there are others committed to evolving and lifting the music to new levels of appreciation with enthusiasm, engagement, and emotional depth. Enter pianist Joey Alexander, who at the age of 14 has already recorded two GRAMMY-nominated studio albums, 2015’s My Favorite Things and 2016’s Countdown, as well as Joey.Monk.Live!, a critically acclaimed surprise release from late 2017 to honor Thelonious Monk’s centennial. With his third studio effort Eclipse, his most personal statement to date, Joey takes another giant step forward, demonstrating his aptitude as a composer, bandleader, and musician, hinting at the many artistic paths open to him in the decades ahead.

Eclipse, recorded over a three-day period beginning on the day of the solar eclipse of 2017, features the pianist with a stellar rhythm section of bassist Reuben Rogers and drummer Eric Harland, and guest appearances by saxophonist Joshua Redman on three tracks. The program ranges from jazz classics penned by John Coltrane and Bill Evans, to the Beatles’ hit “Blackbird”, and a reverent gospel reimagining of the 1875 hymn “Draw Me Nearer.” Most importantly though, Eclipse showcases Alexander’s significant progress as an astute composer, writing six of the eleven tunes.

Born in 2003 in Bali, Alexander lived in Jakarta from age eight to ten and then moved to New York City in 2014, where he has experienced one of the most ascendant careers ever seen in jazz. Jason Olaine, a GRAMMY-winning producer who serves as Director of Programming for Jazz At Lincoln Center and has produced all four of Alexander’s albums, says he continues to be impressed by the pianist’s fantastic gift. “Joey is such a huge talent coming out of a young player, however he wants to create and have fun by playing. It’s not about the accolades or the applause.” He added, “Eclipse shows what an amazing journey Joey has been on, and he’s playing with an openness and clarity.”

“Joey has an infectious sense of play and a deep fascination with the kaleidoscopic possibilities of jazz,” says Motema founder Jana Herzen, who signed the artist at age 10. “What an amazing adventure these four years have been with Joey. Each album his musicality gets deeper and broader. Last year with Joey.Monk.Live!, his sophisticated and vibrant approach to the music of one of the most recorded and respected composers in jazz inspired even the toughest of critics to tip their hats. Now, with Eclipse he’s emerging as a multi-dimensional composer. I can’t wait to hear what happens next.” 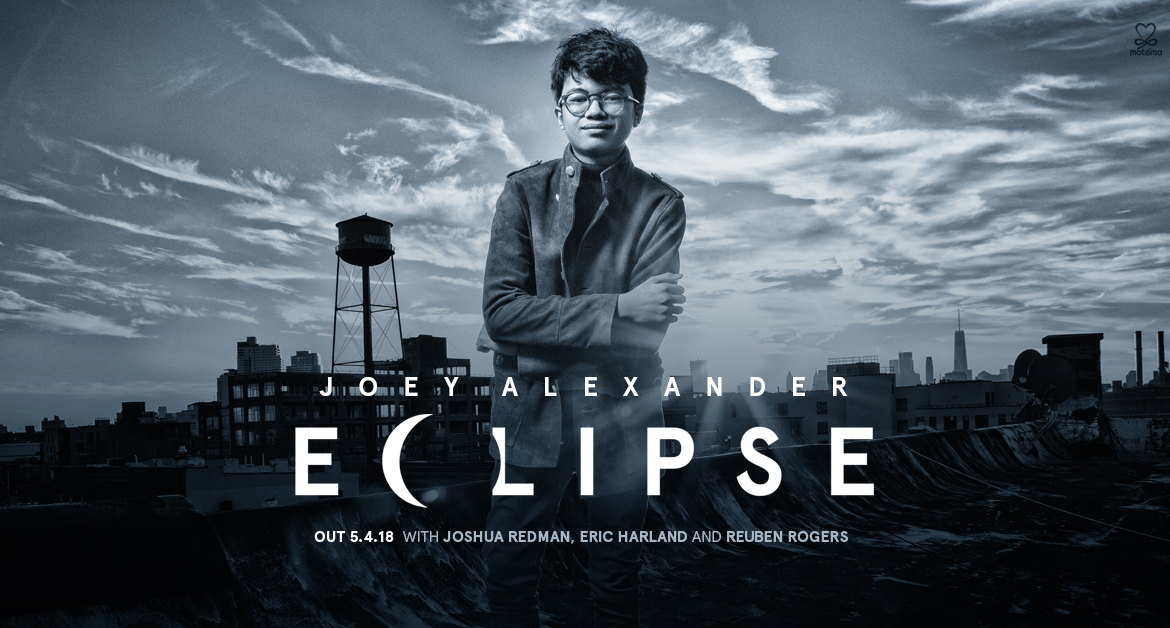 For Eclipse, Joey, his family, and producer Jason Olaine decided to change the recording setting from the bustling city to the peaceful Dreamland Studios in upstate New York. “That was a totally different vibe,” says Alexander. “Everything was green and it felt like home. It was a relaxing time for all of us. It was a good change. I found inspiration there.”

As a pianist, Alexander is neither flashy nor bombastic. He approaches the instrument with discipline, as heard on the opening track “Bali,” playing subtly and gently in some stretches with delicate harmonies, playful and scampering in others as he displaces rhythms. He also possesses an elemental sense of melody, as heard on the final track, an original titled “Peace,” exhibiting the patience and instinct to get his melodic statements just right. “I’ve learned how to be a good listener,” Alexander says.

Alexander is joined by tenor titan Joshua Redman on the originals “Faithful,” about the sacrifices and challenges he and his family have faced in pursuit of his art, and “Fourteen,” written on his birthday, and a nod to the number’s significance in biblical deliverance. Alexander and Redman also explore a pensive duo take on Ray Nobel’s 1934 timeless ballad, “The Very Thought of You.”

As on his previous studio dates, Alexander returned to the well of Coltrane with his upbeat take on the harmonic twists and turns of “Moment’s Notice” from the master’s 1957 album Blue Train. “I love playing Coltrane because he’s so spiritual to me,” Alexander says. “That to me is what jazz is. There’s an uplifting feel to his songs, and I try to put my own take on it.”

The tour-de-force centerpiece to the album is the 10-minute “Eclipse,” that is a spin through the reflective and the dramatic with the pianist in drive mode. Just after the band took a studio break to view the solar eclipse on August 21, 2017, producer Olaine suggested that the trio play free and see where the music would go. The result ended up as the centerpiece of the album, the 10-minute tour-de-force, ‘Eclipse.’

“It was totally unprepared,” Alexander says. “After we saw the eclipse, we came back to the studio and just started playing without talking. I’m thankful to God that I had the confidence and courage to do this. But it’s also about how much we trust each other. I knew they’d be with me even though you don’t know where you’re going to go on the journey. It’s all about exploring the new.”

Olaine notes, “This was an amazing experience for a young artist to embrace the unknown the way Joey did.”

With the release of Eclipse, Joey Alexander has created an ever more personal and powerful statement of his musical and artistic vision. His work continues to draw from his inspirations of the past, while putting his own progressive stamp on the music by constantly exploring, both on stage and in the studio.

The album will be available May 4 On Motéma Music. More Information…