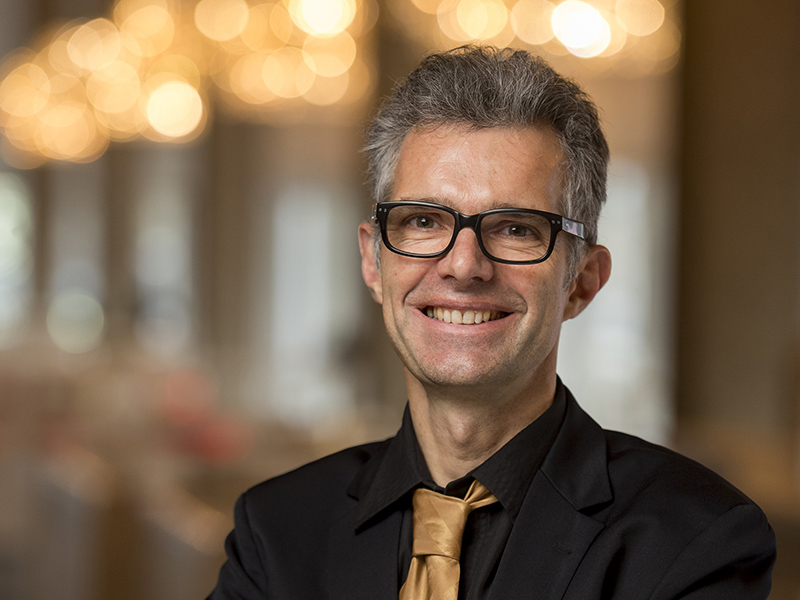 As of 1 January 2018, Frank van Berkel is the new programmer at the BIMHUIS, the famous jazz club in Amsterdam.

van Berkel will follow in the footsteps of former programmer/ artistic director Huub van Riel, who retired recently. The venue’s new director, Mijke Loeven said “Van Riel has been an inspirational leader at the BIMHUIS and other pioneering music, its reputation and influence stretching far beyond the borders of the Netherlands.” Frank van Berkel said in a statement “I’m a great admirer of Huub. I want to build on his work and continue to offer new generations of top musicians a stage.”

The BIMHUIS is familiar territory for the new programmer. In the 80s and 90s he was regularly seen on stage, with band like the Nine Tobs, the Schismatics, Sumbur and his own Berkelband. ‘The BIMHUIS started at the initiative of musicians’, says Frank. ‘It is important that musicians and audiences feel at home here.’

The BIMHUIS opened in 1974 after a lengthy search for a suitable venue for improvising musicians. Over the next decades it would become the most important jazz institution in the Netherlands, not only as a venue but also as a crossroads for the leading performers and budding talents of the Dutch and international jazz scene. Until the summer of 2004 it was located at Oude Schans 73-77 in the centre of the city’s Red Light District. In January 2005 the venue moved to thier new building at the Piet Heinkade 3, next to the Muziekgebouw aan ‘t IJ, on the southern bank of the IJ river.

More information on the BIMHUIS can be found on the venues website.