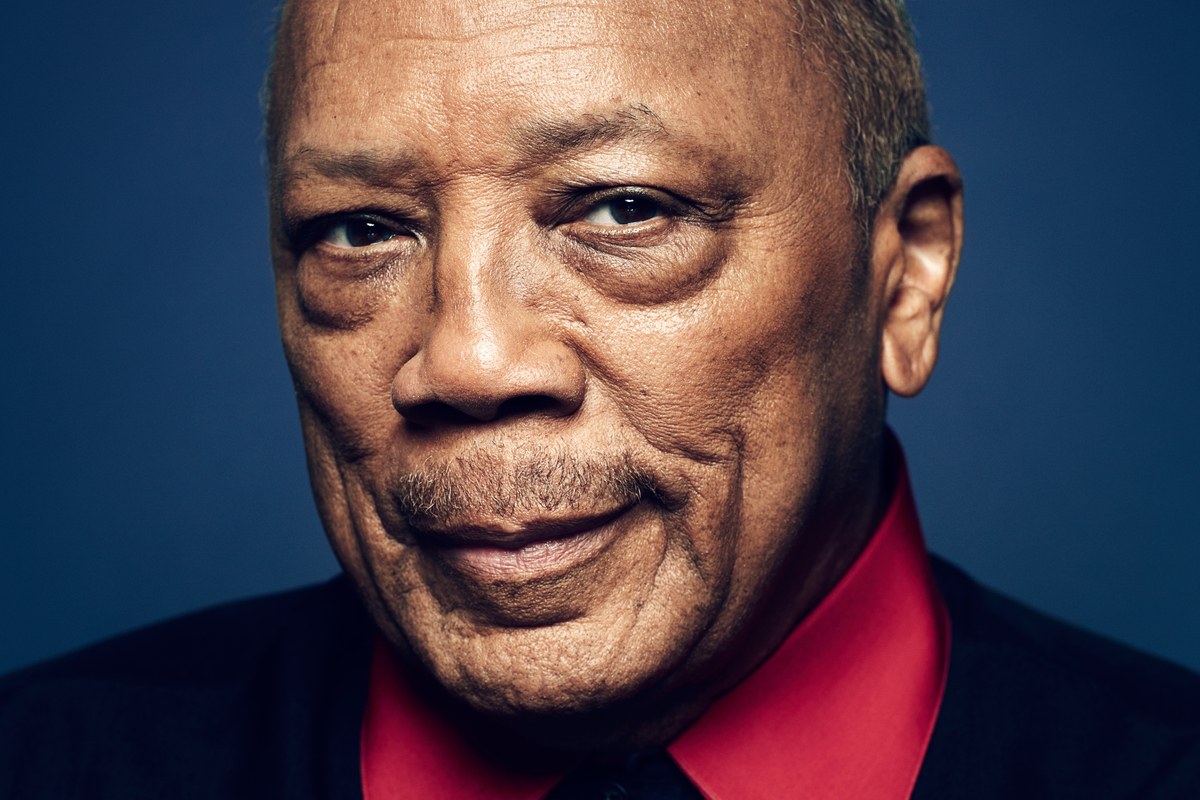 Yesterday Chris Heath published his interview with legendary producer Quincy Jones in GQ Magazine titled “Quincy Jones Has a Story About That”. In the interview Quincy shares some great anecdotes about Frank Sinatra, Miles Davis and scrambled eggs. Quincy also shares some great stories about his youth in Chicago, working with Micheal Jackson and more.

What I like about this interview is it’s informal nature and it’s obviously that Heath had a repore with Q. This interview gives us a great view of Quincy Jones “The man and his music”. It’s so well written that you feel your in the room and part of the conversation. I can’t recommend reading this interview enough.

Here is a snippet of Heath’s introduction:

GQ Magazine – “I feel like I’m just starting,” Quincy Jones explains as he slowly takes a seat in the grand living room of his hilltop Bel-Air mansion, a wide arc of night-time Los Angeles visible through the windows in front of him. “It seems like at 84 all the things you used to wonder about come clear to you.”

So he begins. He begins talking about his life. It’s a life punctuated by so many disparate encounters and achievements and circumstances that it is hard to believe they are the experiences of a single man. There is a lot of talking to do.

There is the career, of course: the jazz musician, the arranger, the record executive, the soundtrack composer, the solo artist, the producer of the biggest pop album in history, the entrepreneur, the media magnate, the film and TV producer, the philanthropist…and on and on. Jones is one of just a handful of people who have accomplished the EGOT—winner of at least one Emmy, Grammy, Oscar, and Tony. (1) But these seem almost trivial and incidental alongside the actual life he’s lived.

For one thing, he seems to know, or have known, everybody. When Jones says that he “lost 66 friends last year” and begins to list recent departures—”David Bowie, George Martin…”—it’s more than an acknowledgement of some recent rough years. It’s also a testament to his unique gift for not just knowing people but also sharing unforgettable moments with them. Someone once compared his omnipresence to Forrest Gump’s; Jones has heard this one, but he prefers a further twist on it: “the Ghetto Gump.”

He worries often that he’ll say too much (“I always get in trouble, you know. My daughter Kidada calls me LL QJ—Loose Lips”), but it doesn’t really seem to stem the flow. And because each sentence from his mouth comes out sounding like a benediction, it takes a while to register that the word the 84-year-old Quincy Jones uses more than any other, as a term of both endearment and opprobrium, is motherfucker. In fact, he will say it in my presence 89 times.

Mostly we talk about the past, naturally, and we get there soon enough. But it’s characteristic of his spirit that as he sits down he is already telling me about his present and his future: “I never been this busy in my life. We’re doing ten movies, six albums, four Broadway shows, two networks, business with the president of China, intellectual property. It’s unbelievable, man.” He tells me about all the celebrations planned for his 85th year: a Netflix documentary, a prospective ten-part TV biopic he hopes will star Donald Glover, a star-studded TV event on CBS that he tells me Oprah will host.