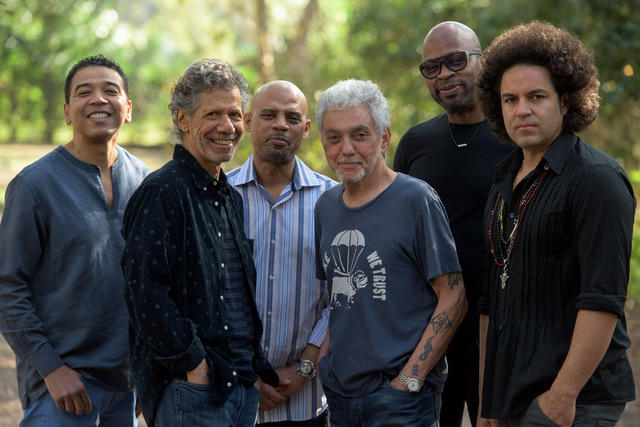 Chick Corea and Steve Gadd, both now in their 70’s, go back a long way and have collaborated on many celebrated projects since their first musical encounter in Chuck Mangione’s band in 1965. The best known of these are the classic Corea albums recorded between 1976 to ‘78, including My Spanish Heart, The Mad Hatter and Three Quartets.

Next to Corea and Gadd the band consist’s of Steve Wilson on saxophones and flute, Lionel Loueke on guitar and vocals, Carlitos Del Puerto on bass, and Luisito Quintero on percussion.

The Band’s first album to be released on Concord Records titled Chinese Butterfly, is due for release in January 2018. In a recent press release from Concord, Corea characterizes the album as a true by-product of energies, regardless of whose name is listed as composer. “It’s a co-creation,” he says. “I write the compositions, and Steve puts together the form of the rhythm, which is the backbone of the band. In my music, rhythm is everything – if the music doesn’t have the right emotion and rhythm, it can’t live.”

Below is a preview track released from album titled “Like I Was Sayin’”.