Valletta, European Capital of Culture And All That Jazz

Malta is not only a popular holiday destination, with more than 300 days of sunshine annually and just over three hours flying time from the UK. Lately, there is an exciting new vibrancy about the island. This is particularly noticeable in the capital, Valletta which has become the new, hot, ‘City Break’ destination with an ever-growing calendar of cultural events including the prestigious Malta International Jazz Festival held every July. 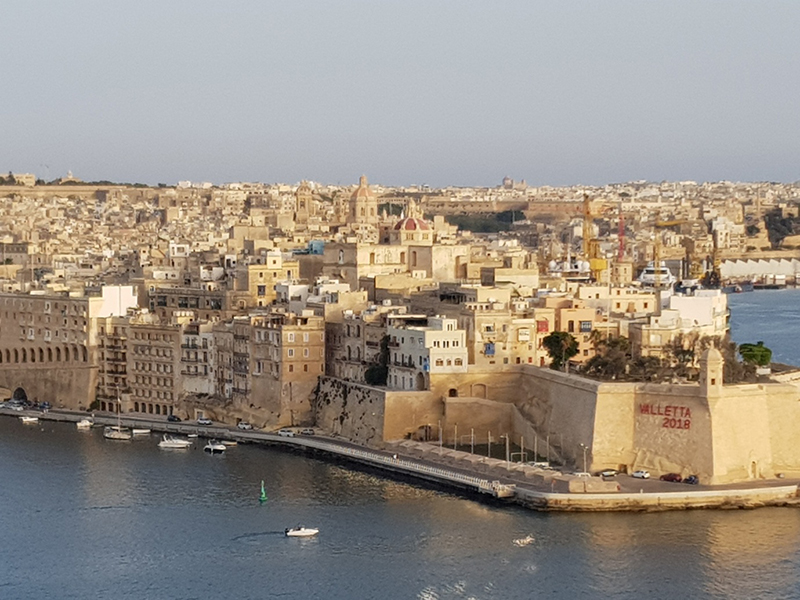 It was jazz that was bringing me back to Valletta, in the year the city was nominated European Capital of Culture. Dusk is falling as I join the growing crowd of locals and visitors making their way towards the main stage, the residual heat of the day still reflecting off the imposing stone bastion walls above the waterside of Ta Liesse, one of the most magical of festival settings. Stalls are selling bowls of fragrant rabbit stew and Imqaret, the local date and spice filled pastries along with ice cold Cisk lagers and glasses of surprisingly good local wines. A silvery carpet of stars twinkle across the ebony sky and a welcome breeze suddenly ruffles the water in anticipation of the night’s music. 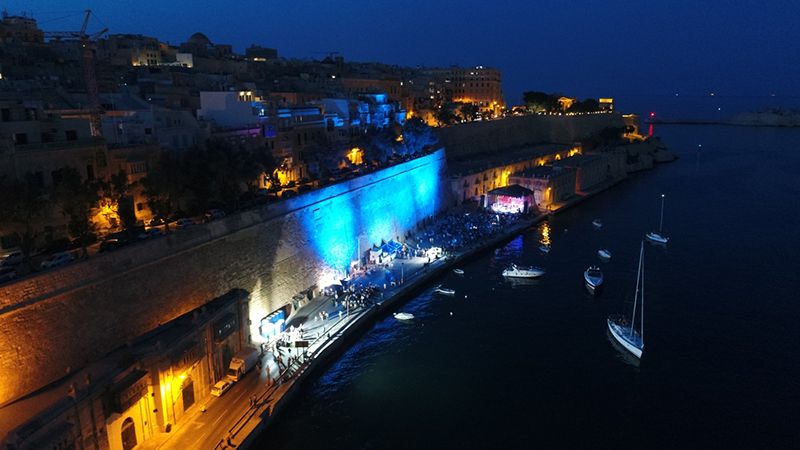 It is the final night of the festival and the headliner is the legendary American jazz and fusion keyboardist, pianist and composer Chick Corea and his trio, the recently reunited Akoustic Band who are celebrating their first tour together in more than 20 years. It seems particularly fitting that Corea is performing in this special year after having previously appeared in the very first Malta Jazz Festival back in 1991.

Looking and playing with the passion and energy of a man a decade younger, Corea’s music moves effortlessly between jazz classics, through fusion and Latin and into a delicate vein of classicism. All too soon the set is over and as if on cue a magnificent firework display explodes into the skies from across the harbour in a multi-hued ovation completely in tune with the appreciative audience. That same evening the acclaimed Brazilian singer and guitarist Joao Bosco and his quartet treat us to a highly impressive set, with traditional Samba and Bossa rhythms embracing jazz and even a touch of rock n’ roll along the way. 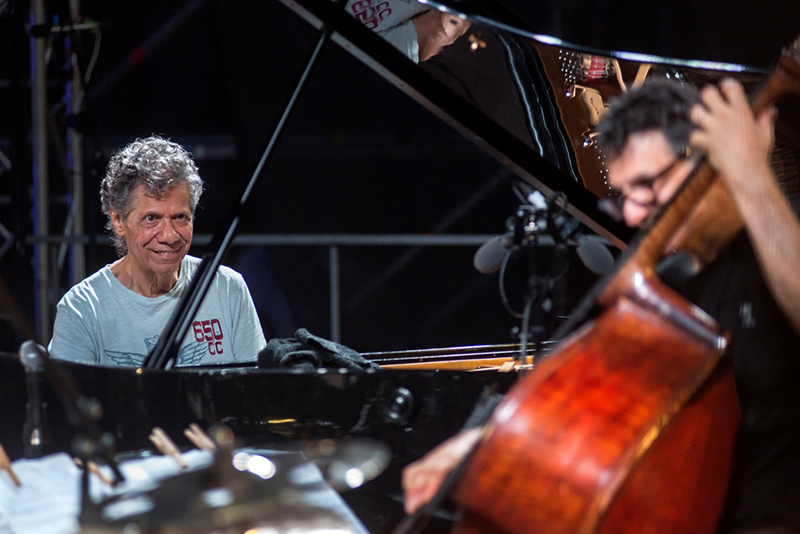 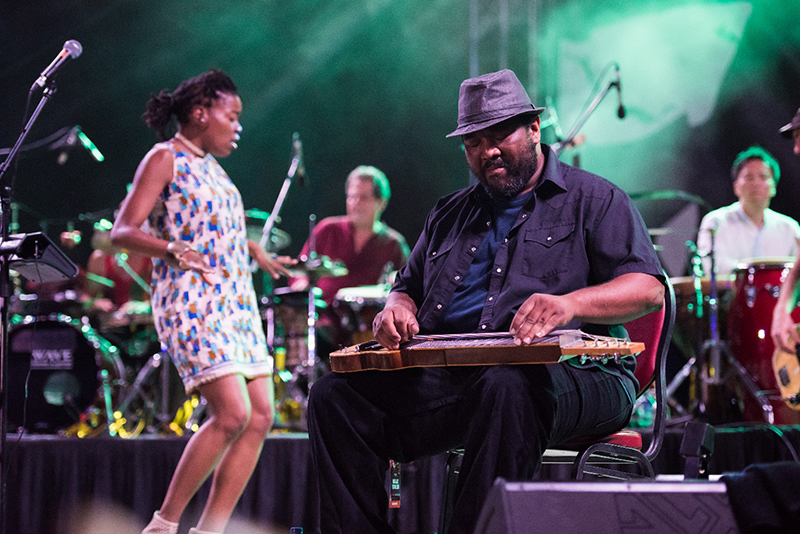 The Malta Jazz Festival is not just about the main stage at Ta Liesse, all through the week, the Fringe spread its jazz wings over Valletta, with a series of jazz workshops, exhibitions, jam sessions and free concerts. There was plenty of choices too. I squeezed into a packed Offbeat, the tiny New York style club in Merchant Street to enjoy a lively jam session, followed by a big band tribute to Count Basie at the open-air Theatre in Republic Street and a concert by the celebrated Israeli guitarist Yotam Silberstein and his quartet by the City Gates. 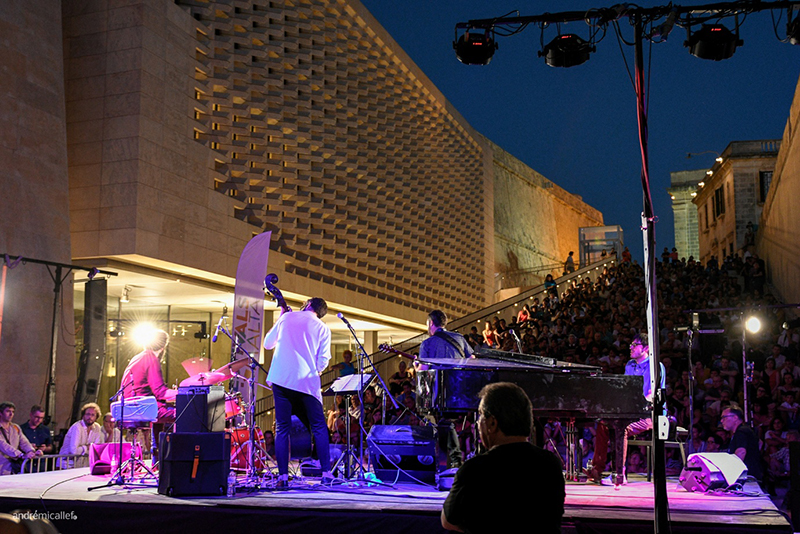 Whilst the jazz festival itself is promoted under the umbrella of Festivals Malta and Arts Council Malta, the creative force behind the festival is Sandro Zarafa, the Artistic Director who has the task of finding the right balance between the style of performance and the availability of both international and local acts within a tight budget. “As festival director, one of my main worries is to present a panorama of the contemporary jazz scene without deviating too much from the soul of what I consider to be jazz”, he points out. “Where is that fine line between tradition and innovation …to what extent can we afford to compromise artistic integrity within what has become an institution and a celebration of one of the most important yet misunderstood art forms of the past century.” 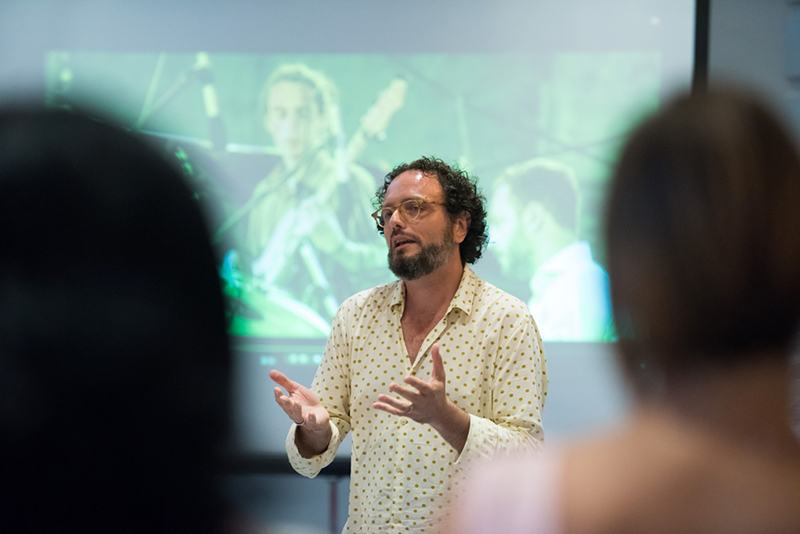 Sandro’s aim was always to continue to expand the festival activities out into the streets of Valletta and all week, the jazz message pulsed through the city. With another stellar line-up for 2019 including the legendary Cuban pianist Chucho Valdes and Grammy award-winning American saxophonist Kenny Garrett on the main festival stage, there will be plenty to enjoy elsewhere during the festival week running from Monday 15th to Saturday 20th July. As well as the annual jazz jam over at Offbeat there will be more free lunchtime and evening concerts not only around the streets of Valletta but also over in the Three Cities and up in Mdina as well as a special exhibition by the jazz photographer, Darrin Zammit Lupi over at the recently refurbished Hotel Phoenicia. 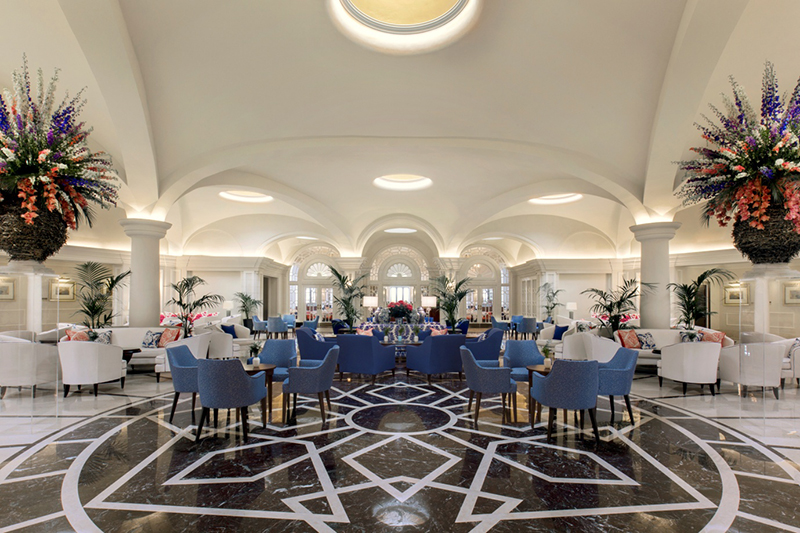 The Phoenicia, a Campbell Gray Hotel and member of The Leading Hotels Of The World, is the Grand Dame of Malta’s five-star properties and something of a legend in its own right. The Art Deco-inspired property was where Hollywood stars used to hang out in the ’50s and ’60s and have always had a long association with the arts and already they are working on a jazz package for this year’s festival. Rob Bruno, the marketing director of the hotel tells me what makes the Phoenicia so special. “This has to be a truly five-star experience enhanced through the quality of our staff, both old and new”, he explains. “The customer experience is what counts, genuine Maltese hospitality in a luxury surrounding.”