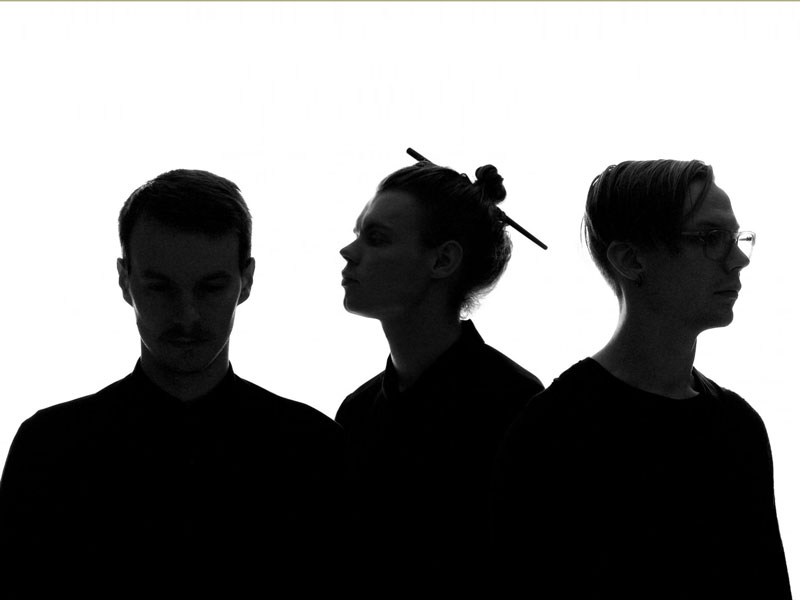 Last week saw the first edition of the Nordic Jazz Comets project to be held outside of the Nordic region. The 2017 edition of the festival was held in Berlin in association with the Scope festival.  Collectively organized by the FIH Music School & Iceland Music Export, JazzDanark, Jazz Finland, Norsk jazzforum and Svensk Jazz, the Nordic Jazz Comets is a showcase festival that presents Nordic jazz musicians and ensembles both to the public and the Industry.

Before I get to the concerts I have to say the performances heard during the evening raised once again in my mind the eternal question – What is Jazz? The reason this question raised it’s ugly head again is that some of the performances I heard crossed so far into the realm of other genres that I felt that this is not jazz with influences from another genre but more the other genre with some jazz influences.

Bronson Månsson from Svensk Jazz (one of the organizers) suggested that jazz is exactly that, a question without an answer. From an artistic perspective I would tend to agree, I remember my late farther lamenting that “jazz was dead” when he first heard Miles Davis’s Bitches Brew. Moving further back along the timeline, Louis Armstrong said that Bebop was like “Chinese Music” and Tommy Dorsey claimed that “Bebop has set music back twenty years“. The question, what is jazz is a timeless question that only history knows the answer to.

That said, one of the goals of the Nordic Jazz Comets project is to connect musicians with the industry. Like it or hate it, the industry needs to put music into a category. The inconvenient truth is that musicians need to consider this and give serious consideration to their branding to ensure their music gains exposure on the platforms, venues and festivals where their potential audience congregates. I found it interesting that when asked, the majority of the musicians taking part had given no thought at all as to who their audience is and how to reach them.

With the current state of the industry being what it is, musicians need to be proactive when dealing with the business side of the industry and this means being conscious of the marketing aspects. If they wish to be successful, musicians no longer have the luxury to focus only on the music. The reality is, to think it’s only about the music is nothing more than romantic bullshit.

With that said, I’ll now stop pontificating and move on to the concerts.

The evening started with the Alex Jønsson Trio consisting of Alex on guitar, Jens Mikkel Madsen on bass and Andreas Skamby on drums. Being familiar with his recordings (A short piece on his latest album “Heart Of Gold” was featured here on the site last year) It was good to see this trio live. Alex’s tone was penetrating and the dialogue between his playing and Madsen’s melodic style of bass playing was flawless. Holding this together, Andreas Skamby offered the various rhythms to the audience in an effortless and charismatic way. A strong set of original compositions performed exceptionally.

Sweden’s Charlotta’s Burning Trio (with Jonas Nilsson on bass and Natanael Salomonsson Drums) followed and stylistically couldn’t be more diametrically opposed to her predecessor if a circle consisted of more than 360°. The set was performed well and these young musicians certainly have command of their instruments, however at times I felt that the use of effects at time overshadowed the harmonic movement and melodic lines. The program describes the band as “a progressive jazz-rock trio with psychedelic vibes from the 70’s.” and goes on to say that the band draws inspiration from prog-rock giants such as Led Zepperlin, King Crimson and Pink Floyd and this is certainly the case.

With guitar trio’s dominating the program, the next cab off the rank was the Norwegian band Monkey Plot. When listening to this performance, I kept coming back to my first thought, good instrumental indie rock but where’s the jazz. This band comes from a different place as a quick search on YouTube delivers a number of video’s of Monkey Plot performing some rather avant garde acoustic improvised music. I had some trouble joining the dot’s here as the music I heard at the concert sounded to me highly composed and arranged. On the other hand the interplay between the musicians was strong and quite conversational in nature, whether or not this is enough to call it jazz I don’t know.

I had the pleasure of hearing the final act of the evening VIRTA at this years jazzahead! Hailing from Finland this trio consisting of Antti Hevosmaa (Trumpet and electronics), Heikki Selamo (Guitar) and Erik Fräki (Drums). Their music is highly complex in nature and at times verging on the avant garde. Once again I was impressed with the way Hevosmaa integrated the electronic effects, to create almost visceral sound-scape’s. Having already played some major events including jazzahead! the Pori Jazz Festival, I expect we will be seeing more of VIRTRA on festival stages in future.

On the second night, the delegation was treated to a performance by the Norwegian quartet Rohey. This band has toured extensively throughout Scandinavia, performing at most of the major festivals. Outside of Scandinavia the band is starting to make inroads into the wider European scene with shows coming up in Germany, Austria, France and on November 18 an appearance at the EFG London Jazz Festival.

I found this band to be captivating with a mixture of jazz, funk and soul influences creating a unique blend that was not only harmonically and rhythmically complex but at the same time appealing to wide audience. I’m convinced we’ll be hearing more from Rohey in the near future.

All in all I found the Nordic Jazz Comets to have been a valuable experience. The quality of the performances were strong and I believe that the project as a whole is a great way of promoting Nordic jazz to a wider audience. I have always advocated for more collaboration within the European jazz community and to that end I hope the Nordic Comets project continues and expands.