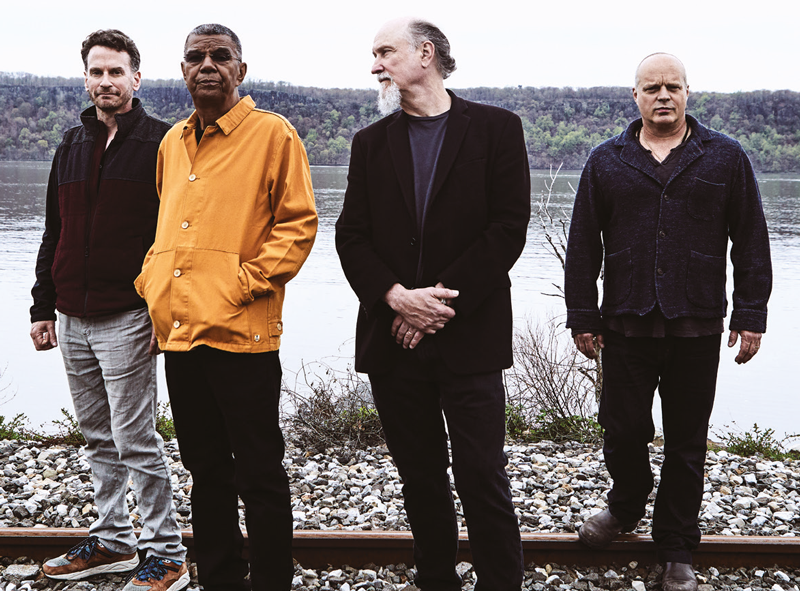 Jack DeJohnette (drums), Larry Grenadier (bass), John Medeski (keyboards), and John Scofield (guitar)… what more can I say? This jazz super-band called HUDSON is currently on a world tour that is getting standing ovations and high praise from the most respected critics. HUDSON is an historical grouping of four individual masters that becomes a single unit of creative beauty. The whole is greater than the sum of its parts.

They chose the name “HUDSON” because they all call the Hudson River Valley home. “This area has been a place for musicians to come to retreat,” says Medeski. “There’s performing, but there’s also writing and practicing and growing and going deeper. Traditionally, people have come to this environment to search and grow. To woodshed.” True to the spirit of the project’s name, they have collected a repertoire of Hudson Valley materials ranging from Bob Dylan and The Band to the Woodstock Festival’s Joni Mitchell anthem and rock guitar icon Jimi Hendrix.

“The HUDSON gigs have been great for me,” smiles Grammy Award–winning guitarist John Scofield. “The creativity level is so high and we’re having fun, too. We enjoy playing with each other. I think our excitement about the music comes through to the audience. Everybody listens to each other so well in this band, and each piece unfolds differently every night. It’s a special combination of repertoire and musicians and a joy to be a part of.”

Motéma Music, the HUDSON recording label, explains: “The prolific foursome first came together in 2014 at the Woodstock Jazz Festival. The collective immediately recognized their electrifying chemistry and agreed that the project needed to continue. Not that most were strangers to one another: DeJohnette and Scofield first played together nearly four decades ago and have since combined forces in their co-led Trio Beyond, as well as in Herbie Hancock’s groundbreaking New Standards ensemble. Guitar master Scofield, equally adept at soulful jazz and R&B, has recorded four albums with Medeski, Martin & Wood, the trio known for melding the jazz and jam band worlds, while Grenadier has played with all three musicians in different contexts.” 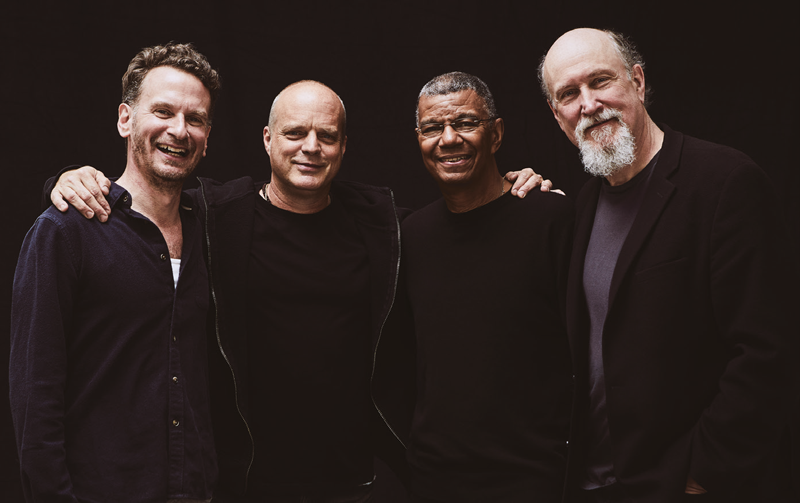 NEA Jazz Master Jack DeJohnette adds, “I have had a great time creating with my collaborators Larry Grenadier, John Medeski, and John Scofield. Our chemistry is amazing on stage, and I am enjoying playing these songs from Hudson.” DeJohnette has performed with John Coltrane, Miles Davis, Ornette Coleman, Sonny Rollins, Thelonious Monk, Herbie Hancock, and so many more. Scofield’s 45-year career also connects with Miles and Herbie, plus Charles Mingus, Joe Henderson, and the Billy Cobham-George Duke Band. Medeski is best known for his exciting, eclectic, electric work with Medeski, Martin & Wood, but he has also exhibited his dexterity with John Zorn, Don Was, and the Dirty Dozen Brass Band. Grenadier honed his bass chops with Charles Lloyd, Paul Motian, Michael Brecker, Danilo Pérez, and, recently, the Brad Mehldau Trio.

As I can sense in their responses, the whole group is really feeling great about this band, this tour, this creativity. “It’s obviously an insanely incredible honour to get to play with these legendary musicians, but what’s even more exciting is that the chemistry of the group is truly unique and magical. It’s not just some names thrown together—it’s a real band,” Medeski says.

Grenadier is quick to agree, “Every performance is a great joy. Playing with the guys in HUDSON is like going on vacation, not picking a destination, and enjoying wherever we choose to explore. Taste, intuition, and big ears lead the way.”

DownBeat magazine raves, “HUDSON’s Festival International de Jazz de Montréal show was the epitome of cohesiveness, which can be a rare quality in super-groups one encounters on the festival circuit. Organic to the core, the group’s performance clearly hit home with the audience, whose enthusiasm contributed to an atmosphere of fun, excitement, and high expectations that were ultimately met and exceeded.”

Editors Note: Keep an eye out for our review of the HUDSON album, coming soon on Jazz in Europe.

HUDSON is available on Motéma Music at iTunes & Amazon