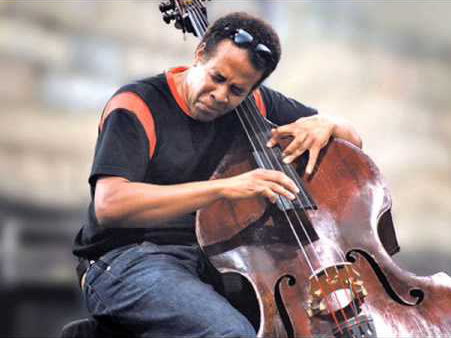 Zurich, Switzerland, is a beautiful city to visit in the autumn. From the 1st to the 4th of November it’s your chance to get totally jazzed! at the 19th edition of the JAZZNOJAZZ Festival. Jazz stars such as Abdullah Ibrahim, Kamasi Washington, Dee Dee Bridgewater, and Mulatu Astatke, jazz-funk-fusion legends such as Billy Cobham, Marcus Miller, Stanley Clarke, and The Yellowjackets, or upcoming newcomers such as Cory Henry, Cécile McLorin Salvant, Gabriel Garzón-Montano, and Nik West guarantee to provide a rich and enticing jazznojazz mix!

The 19th edition of the Zürich JAZZNOJAZZ Festival promises to be captivating with its exciting mix of urban jazz, soul sounds, and jazz fusion grooves.

Sponsored by the Zurich Cantonal Bank, JAZZNOJAZZ 2017 offers four nights of awesome music starting on the 1st of November and running through to the 4th of November 2017. The programme with true musical pearls features no less than 20 concerts at Gessnerallee Zurich.

Festival highlights include, two bassists who have written jazz history. On Wednesday, Marcus Miller, who travels a musical universe between funk, soul and jazz, and then, on Thursday, Stanley Clarke, who over the course of his 45-year career changed the roll of the bass in jazz. Having produced numerous albums as a leader including his latest release on Motema Records “Up”, Clarke is famous for his work with Chick Corea, Quincy Jones, Stan Getz and Herbie Hancock to name just a few. The “Fusion Fest” continues with the Yellow Jackets on Friday, Billy Cobham’s Crosswinds Project on Thursday as well as performances by Nils Landgren Funk Unit and Candy Dulfer.

On Thursday in the ZKB Club Im Theater Der Künste will see a performance from vocalist Cécile McLorin Salvant. With her new album “Dreams and Daggers” on Mack Avenue Records just released this performance should not be missed. Highlights of the firs day of the festival are performances by Dee Dee Bridgewater who will play the soul and R & B classics of her hometown Memphis and Kamasi Washington who’s album “The Epic” was probably the most acclaimed Jazz album of the year 2015.