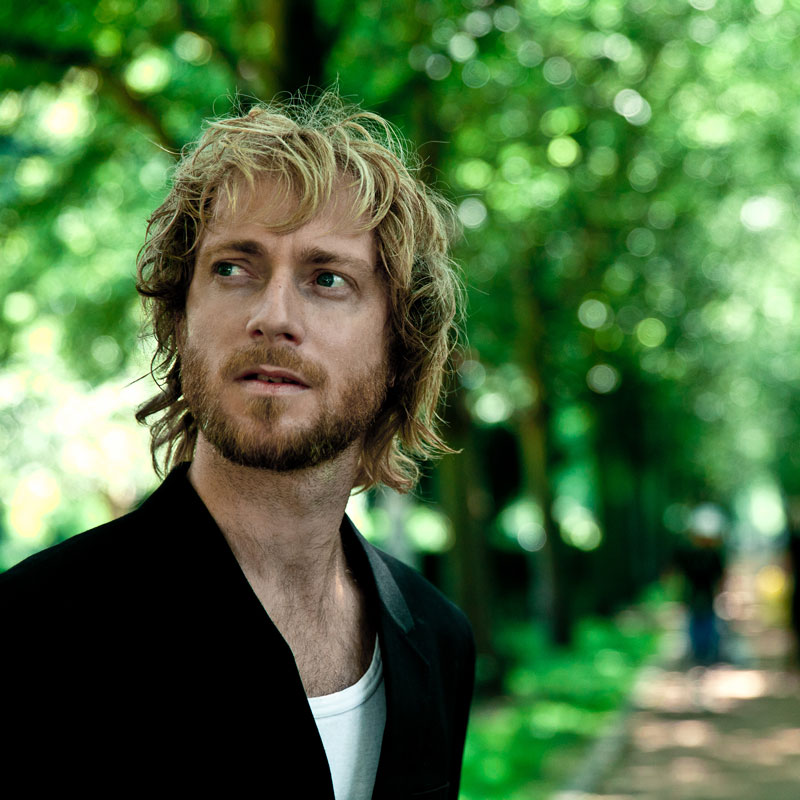 This summer Danish Singer and Saxophonist Mads Mathias returns to the UK for a number of performances including a BBC Prom appearance. Mads is already somewhat of a star in his native Denmark. Danish music magazine “Gaffa” described him as “An International star in the making”. With Mad’s now gaining a reputation beyond his home boarders, I thought it a good idea to catch up with Mads for a chat to learn more about this modern day Danish crooner. That said, last week I had the opportunity to speak with Mad’s via Skype.

We started our conversation speaking about his 2012 album “Free Falling”. This album was very successful and led to Mathais winning best New Danish Jazz Artist of the Year and the album being nominated for Danish Vocal Release of the Year. With the pace of the music business only increasing exponentially,  five years is a long time between releases. With this in mind I was interested in knowing if there was a new album on the horizon. The good news is that Mads will be returning to the studio in the autumn to record a follow-up album. He went on to explain that the delay in getting back into the studio had largely to do with a busy touring schedule and other projects he has been involved with.

The new album will be somewhat of a departure from “Free Falling” largely due to the fact that the album will be recorded with a small band. “For this album I wanted to do something different” he said. I asked Mads if he preferred working with big bands or in smaller settings to which he replied, “Both have their own charm. I enjoy both settings, the Big Band is the mother of all bands, however I also like the freedom of working with a quartet or quintet.” Mads is not exactly sure as to when the album will be released however he is looking to release early 2018. “I first want to get the recording done and then look at when we will release it – We’ll have to see”, he added.

Mads went on to say that the new album will feature all original compositions. Mads compositions hark back to the 1940’s and 50’s crooner style however his lyrics at times remind me of the quirkiness of Michael Franks. Mads agreed with the Franks reference “Yes I’m a fan of Michael Franks, his lyrics deal with the every day. I like his non technical approach.”

When I asked Mads about his composition process he said “It’s all about the melody, I always start with the melody, then the harmony and then the lyrics of the song always come at the very end.” During the composition process Mads states that he is conscious of the arrangement however it’s not until the song is completed that the focus moves to the arrangement. Regarding his Big Band charts Mads is intrinsically involved in the process but often collaborates with arranger Peter Jensen for the orchestration.

Mads has been described in the press as a singer, saxophonist and songwriter. When asked if he considers himself a singer that plays saxophone or a saxophonist that sings he replied “I’m both”, he considers all aspects of his artistry as just parts of the whole. Stan Getz once said “If you like an instrument that sings, play the saxophone. At its best it’s like the human voice.” I asked Mads if he feels that playing the sax has influenced his vocal phrasing. He replied “Definitely – when I sing I’m always phrasing as an instrumentalist.”

Coming from a musical family, Mads started out his musical life playing saxophone at the age of 11. At the age of 17 he was involved in an unfortunate car accident that left his right hand severely injured and resulted in the loss of his index finger and half of two other fingers. It was at this point that Mads was encouraged to focus on his singing. Not one to lay down, Mads with the help of physical therapy and sheer determination, was able to regain enough movement to allow him to develop a technique to allow him once again to play saxophone.

Since the release of his album “Free Falling” Mads has been touring consistently throughout Europe. His coming U.K. tour will be his third trip and will include his début appearance at the BBC Proms at the Royal Albert Hall on the 27th August. This Prom presents a slice of musical action from the 1930’s and 1940’s and will be presented by vocalist and BBC Radio personality Clare Teal. Mads is looking forward to working with Clare, he has been a guest on her BBC show however this will be the first time they will share the stage.

Later in September, Mads will perform a number of club dates with with Peter Rosendal – piano, Morten Ankarfeldt – bass, James Maddren – drums (16/19/20 Sept) and Steve Hanley – drums (21 & 22 Sept). Mads and pianist Peter Rosendal go back a long way, Mads stated in an interview on London Jazz News “His swing is incomparable and the ease with which he plays reveals his virtuosity. We have played together for about 20 years now, written songs together, arranged music together and have established a partnership that’s really strong, which I really appreciate.”

For more details on the tour dates click here.

Later this year Mads will continue to tour with dates planned in Italy, Germany and a return trip to China. Looks like we are all set to hear a lot more from Mads Mathias.